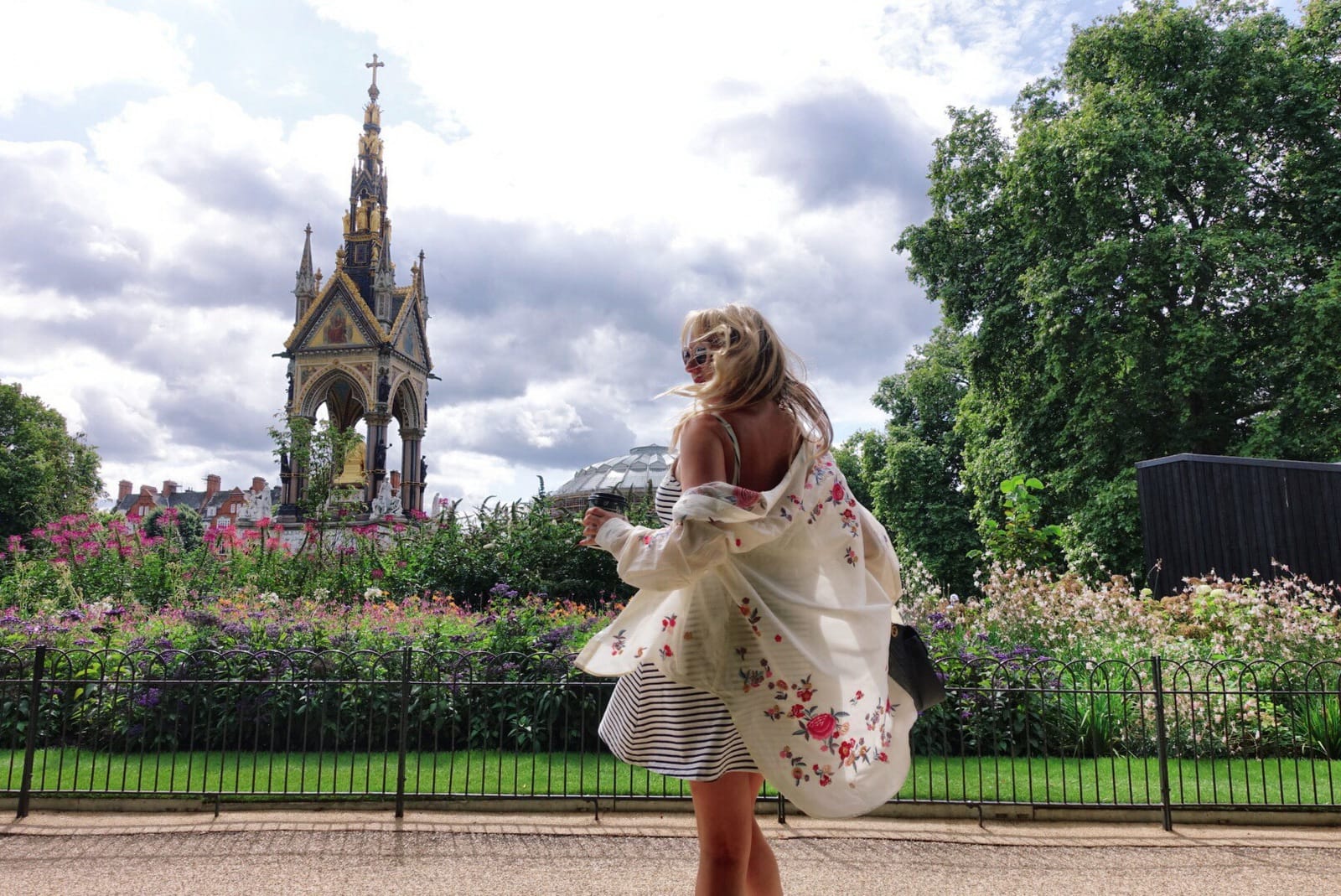 When I first moved to London, I couldn’t quite work out where Kensington Palace Gardens ended and Hyde Park started. Google informs me they are separated by water which starting at the Italian Gardens through The Long Water and opening up into The Serpentine which snakes around into a beautiful lake where you can go sailing in a little pedal boat. Kensington Palace is home to the Royal family, famously home to Princess Diana for 15 years where the black gates became a shrine after her death 20 years ago and was somewhat recreated this year with balloons and flowers marking the anniversary. The palace is the best place to start exploring which is easy to find if you come in from the South via High Street Kensington tube or north via Notting Hill Gate (it’s halfway between them). Kensington Palace Take a tour inside Kensington Palace and this year you can also see the special anniversary exhibition called Diana; Her Fashion Story. If it’s a beautiful day, there’s plenty to do that’s free so start with a stroll around the grounds. CLICK HERE TO READ 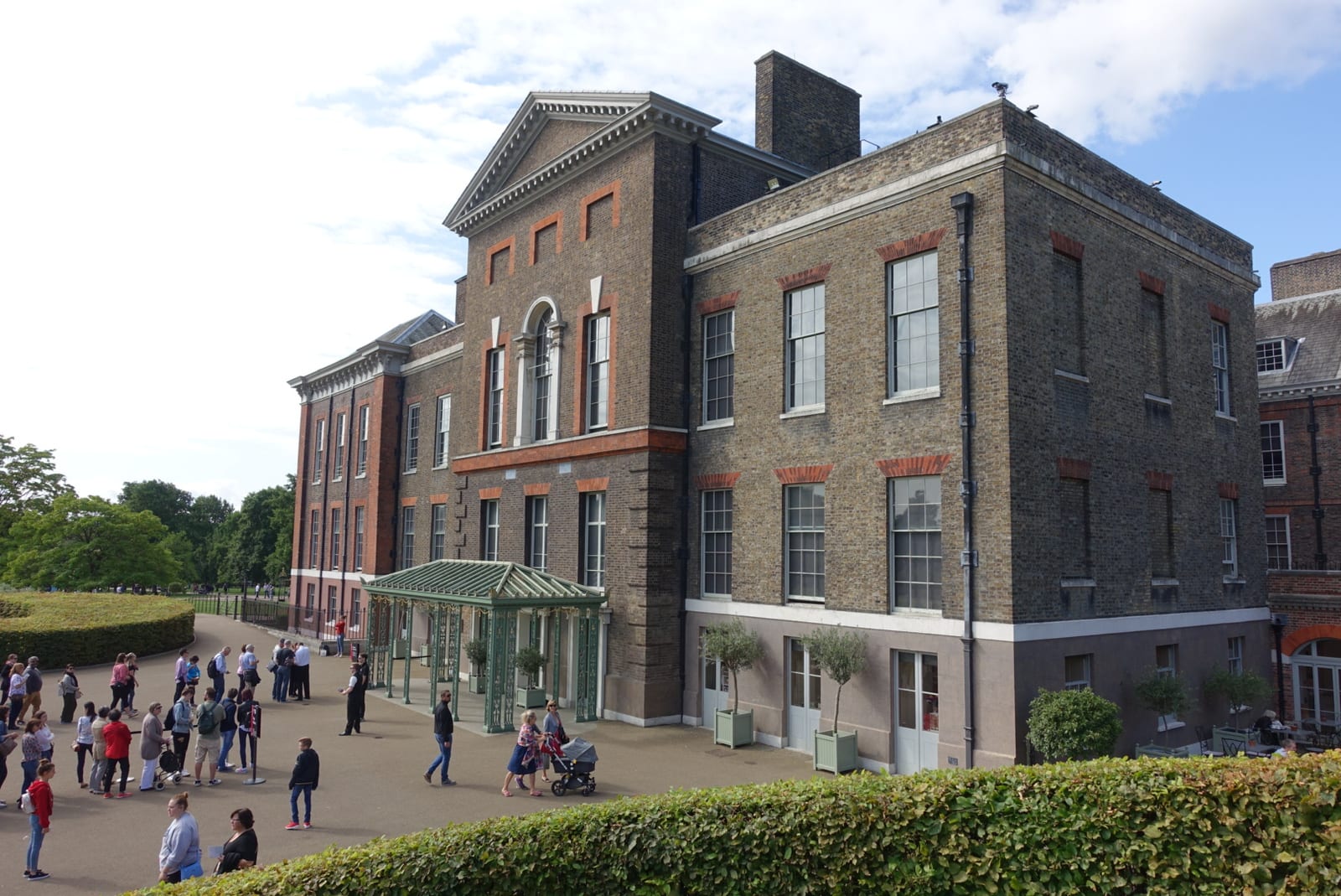 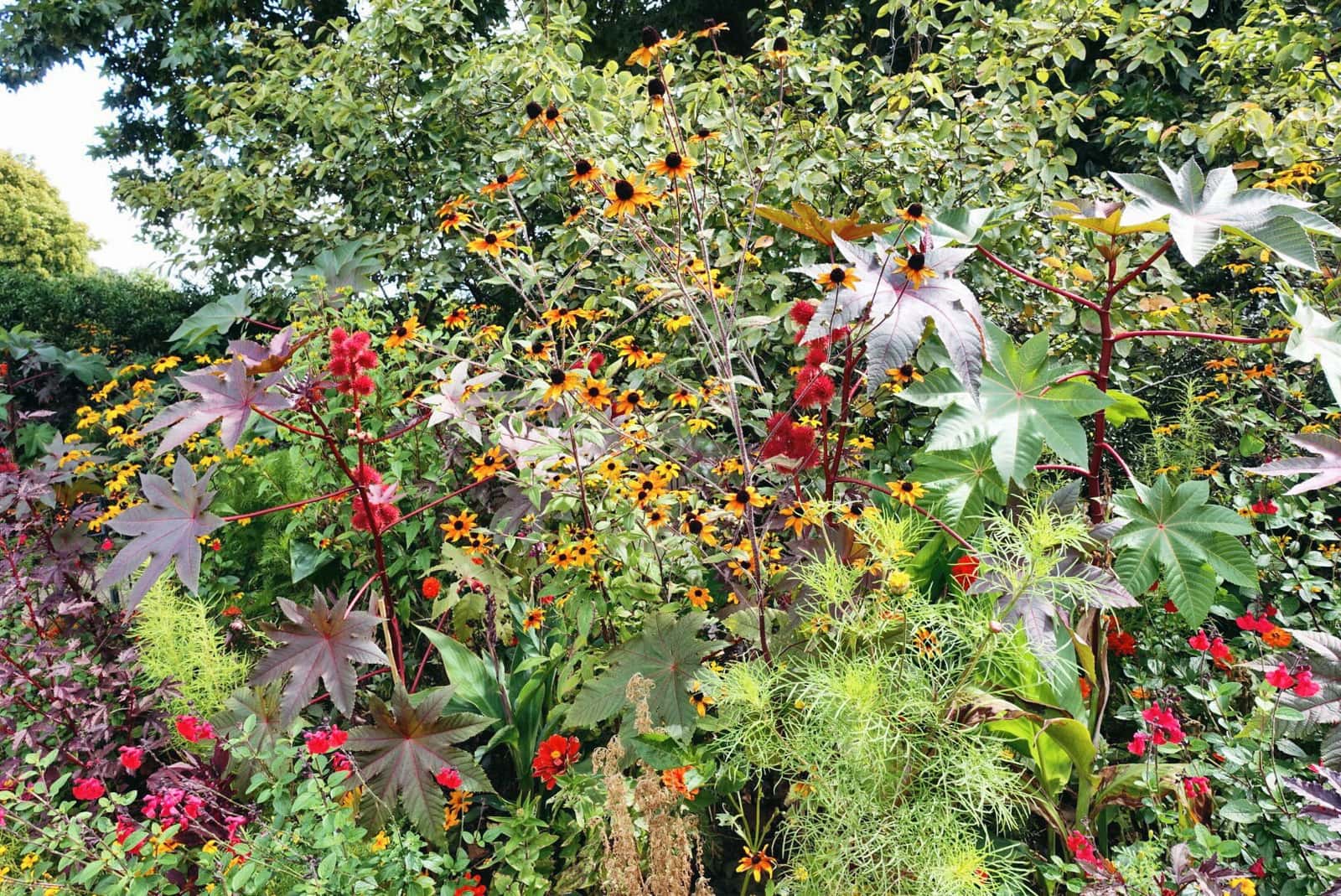 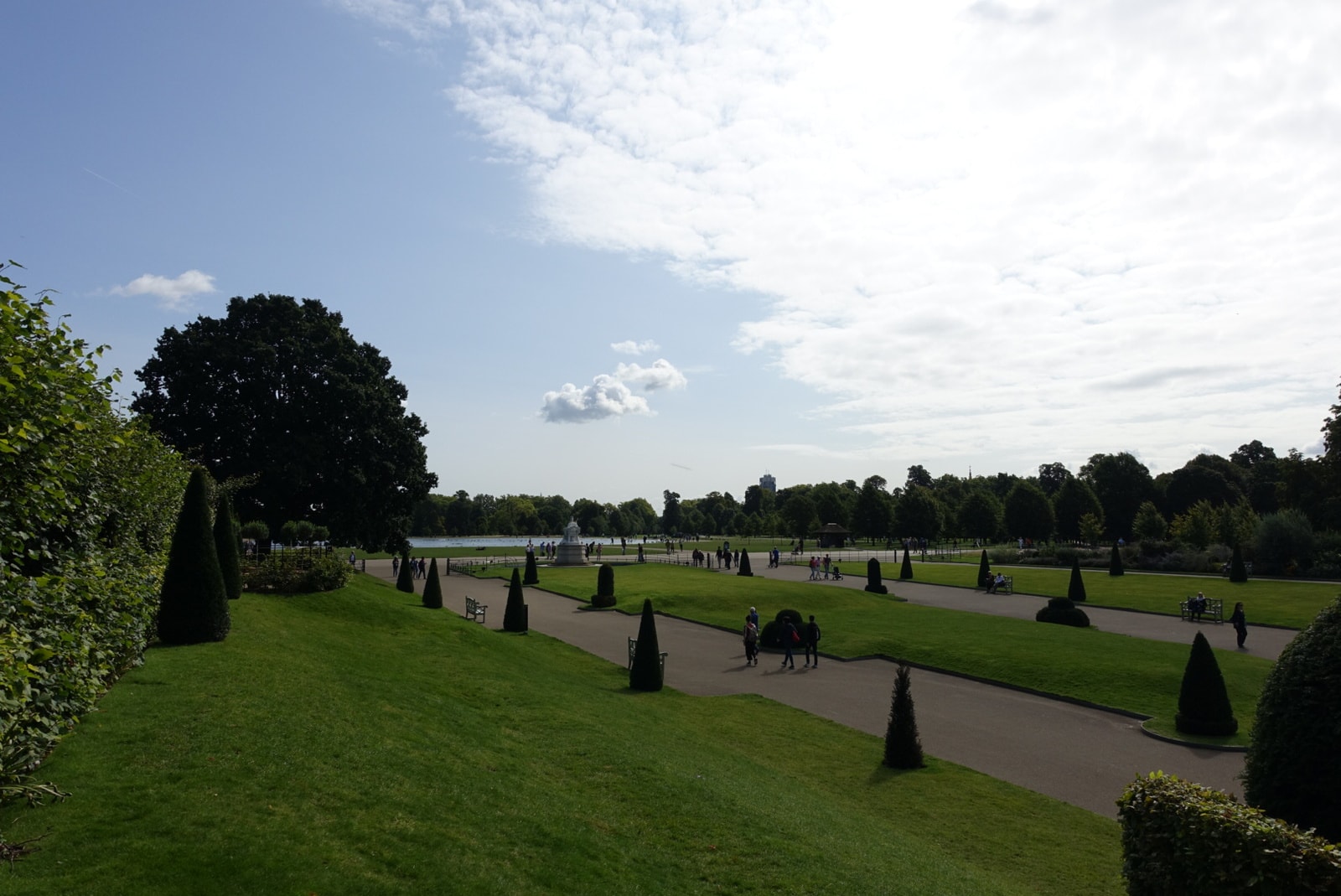 My favourite is the garden which is just raised up at the side of the palace (you can reach this via a mini maze) and the gardeners must work all hours to keep it in tip top shape! This year it’s a White Garden in memory of the Princess of Wales who it is said admired the changing floral displays throughout the year (I’ve added Instagram shots so you can see how it has changed). This garden has a leafy archway which is in bloom from summer. It gets busy here so take your time going around and enjoy it. Afterwards you can have lunch or a coffee at the Palace coffee shop or something a little fancier at The Orangery. CLICK HERE TO READ 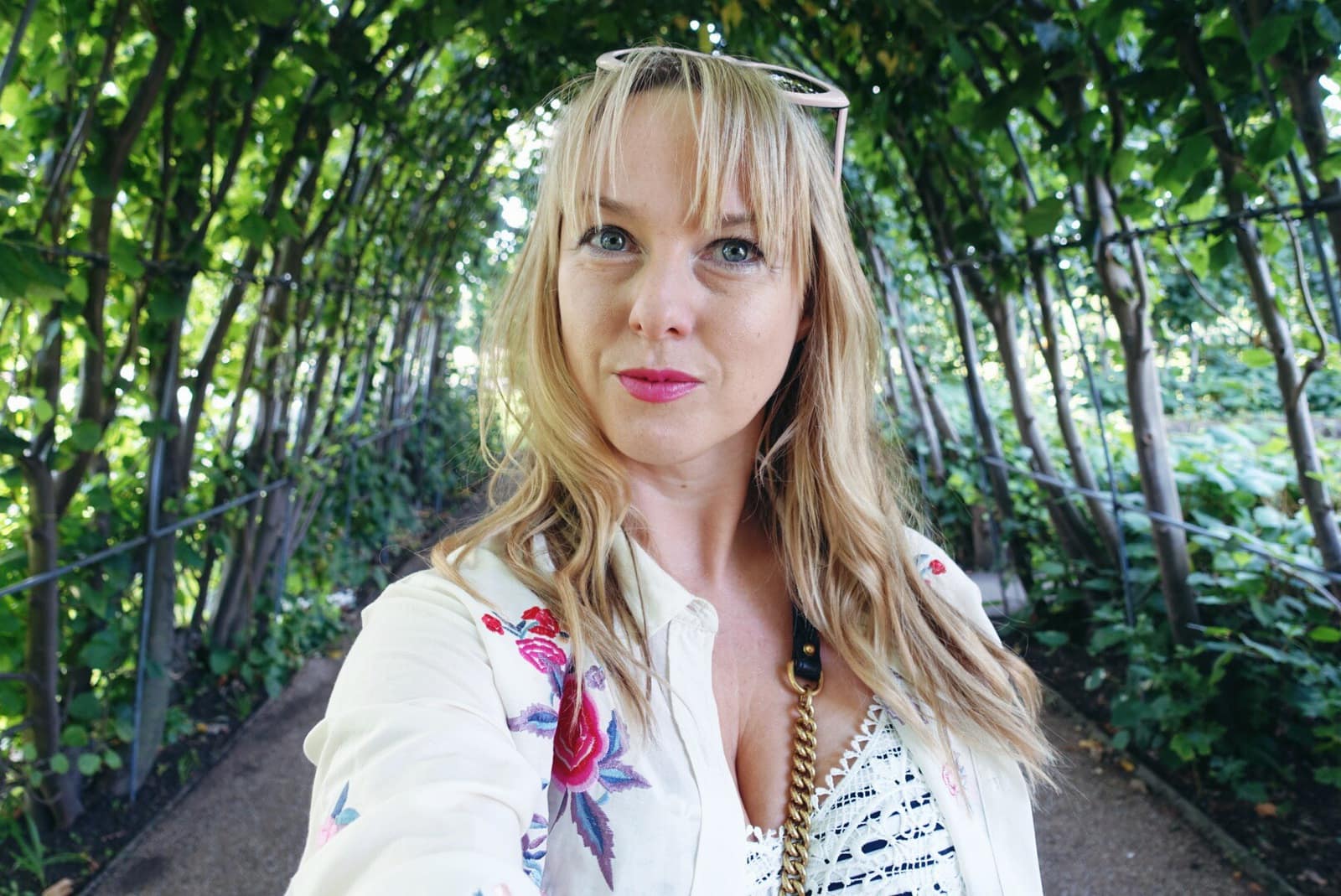 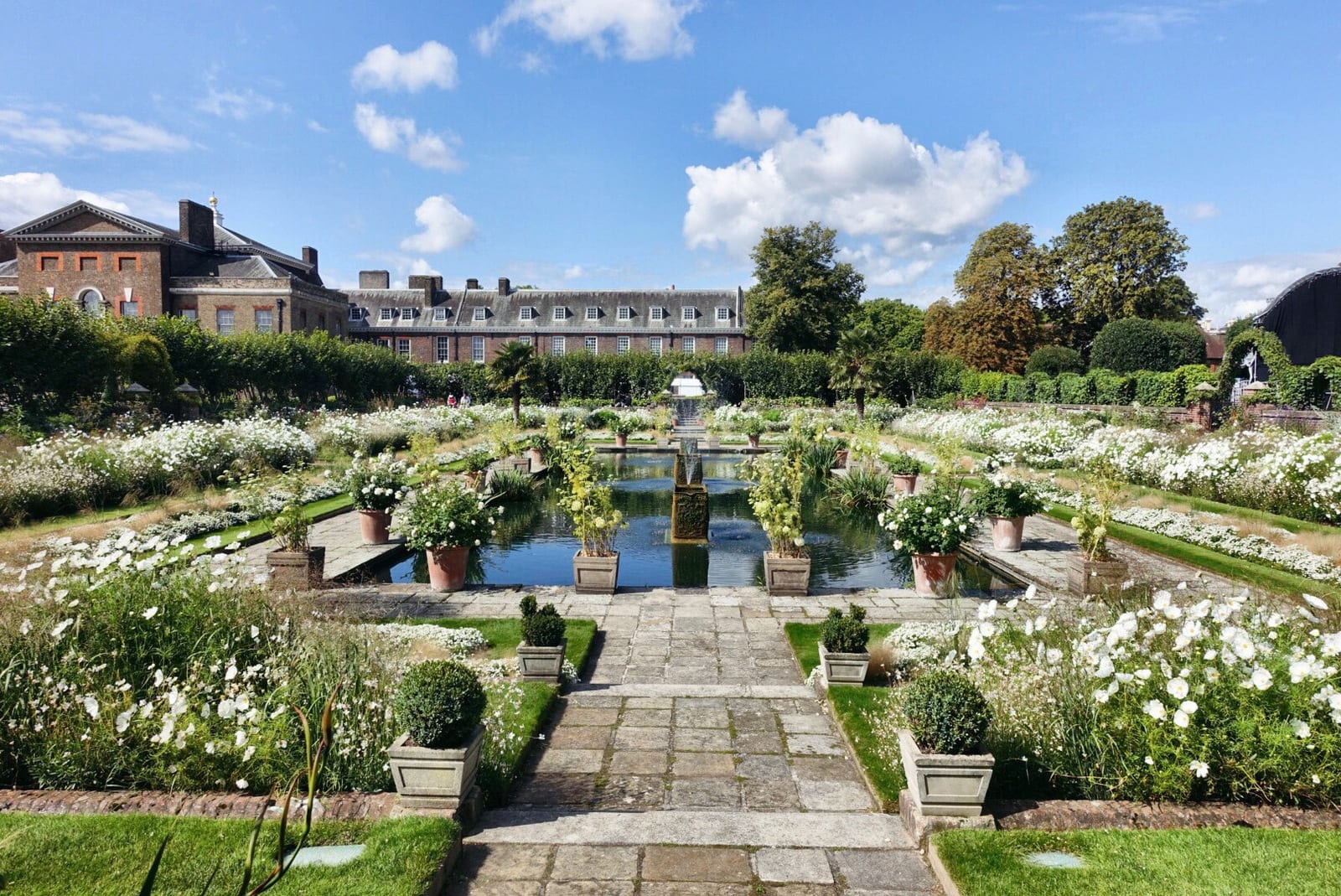 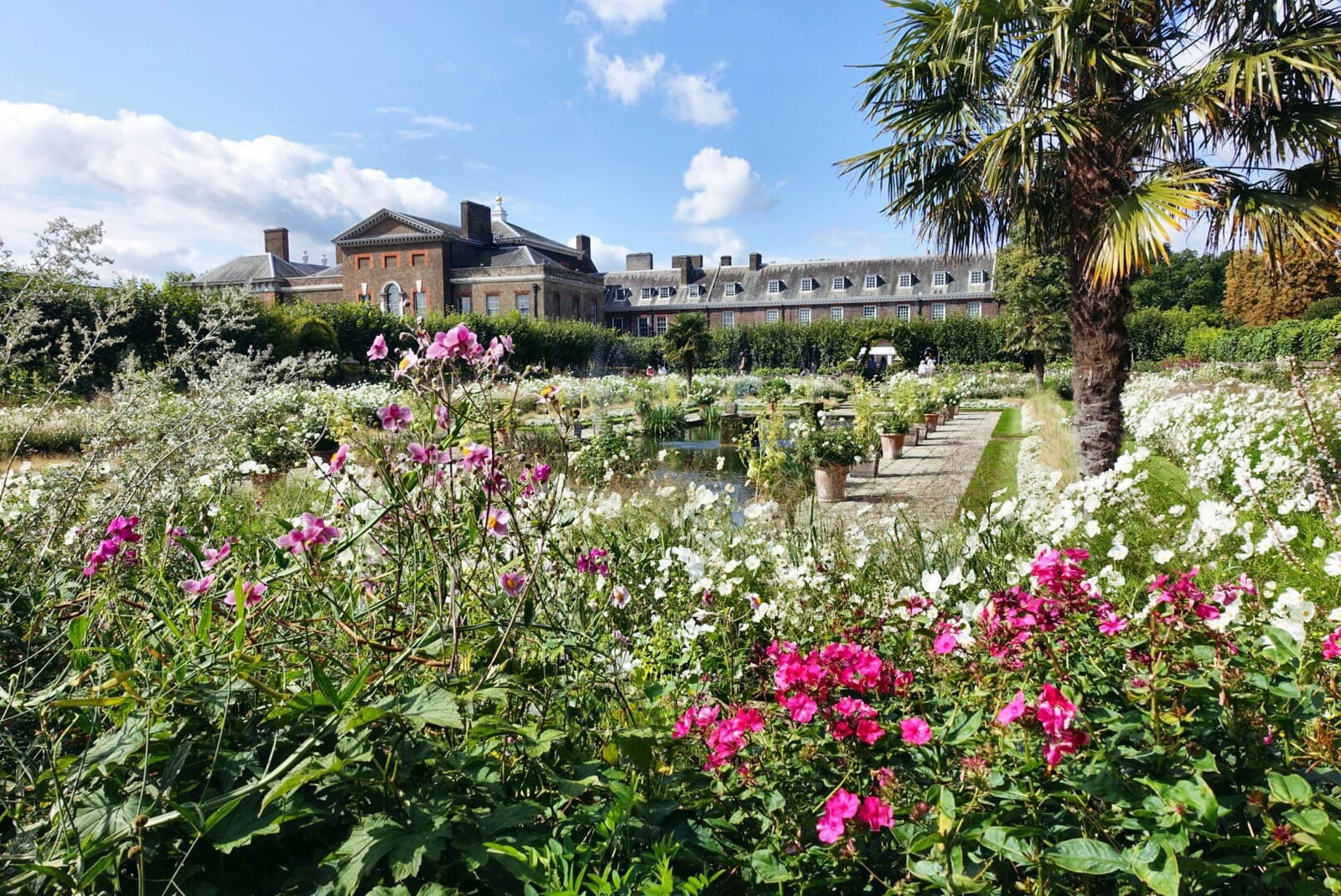 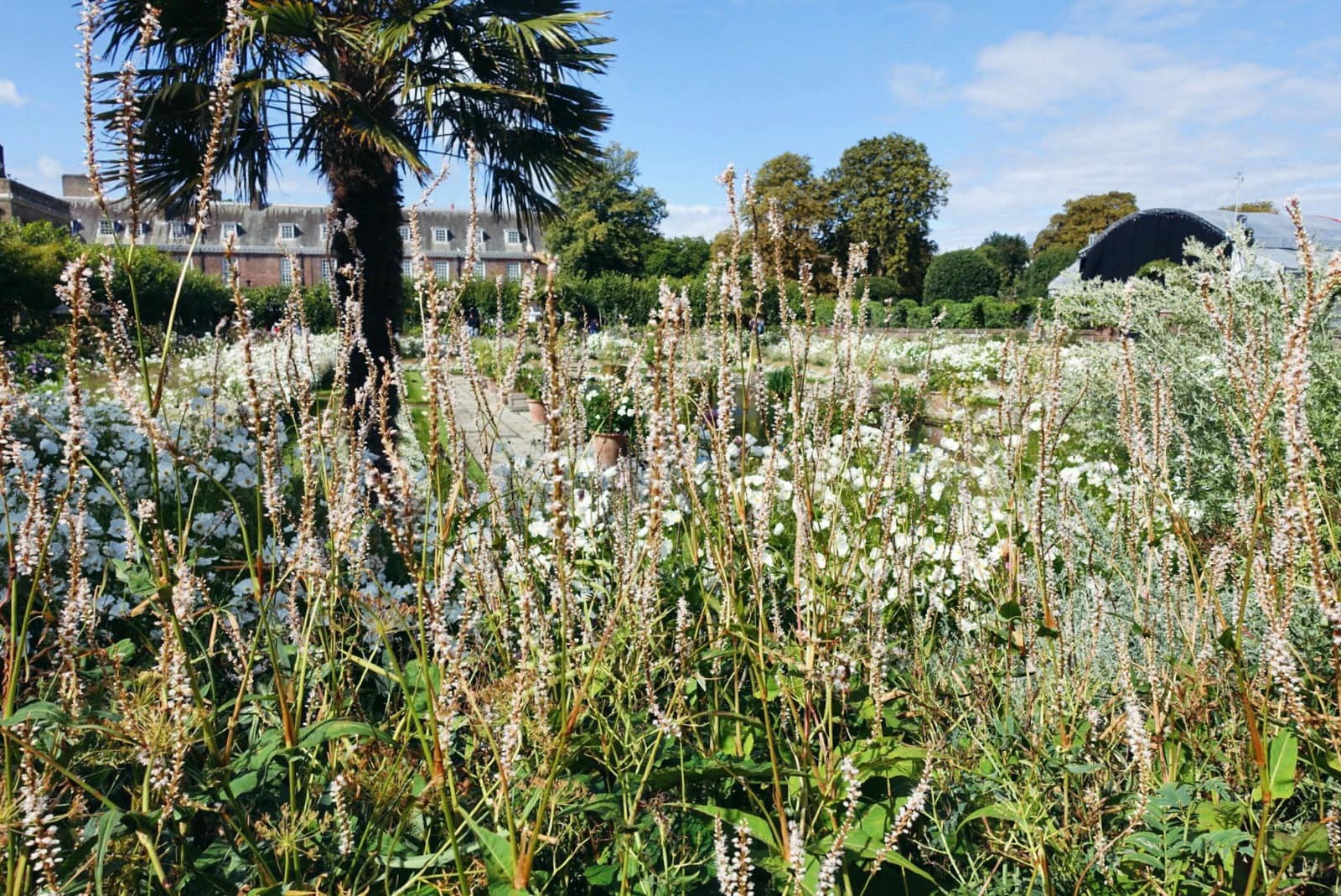 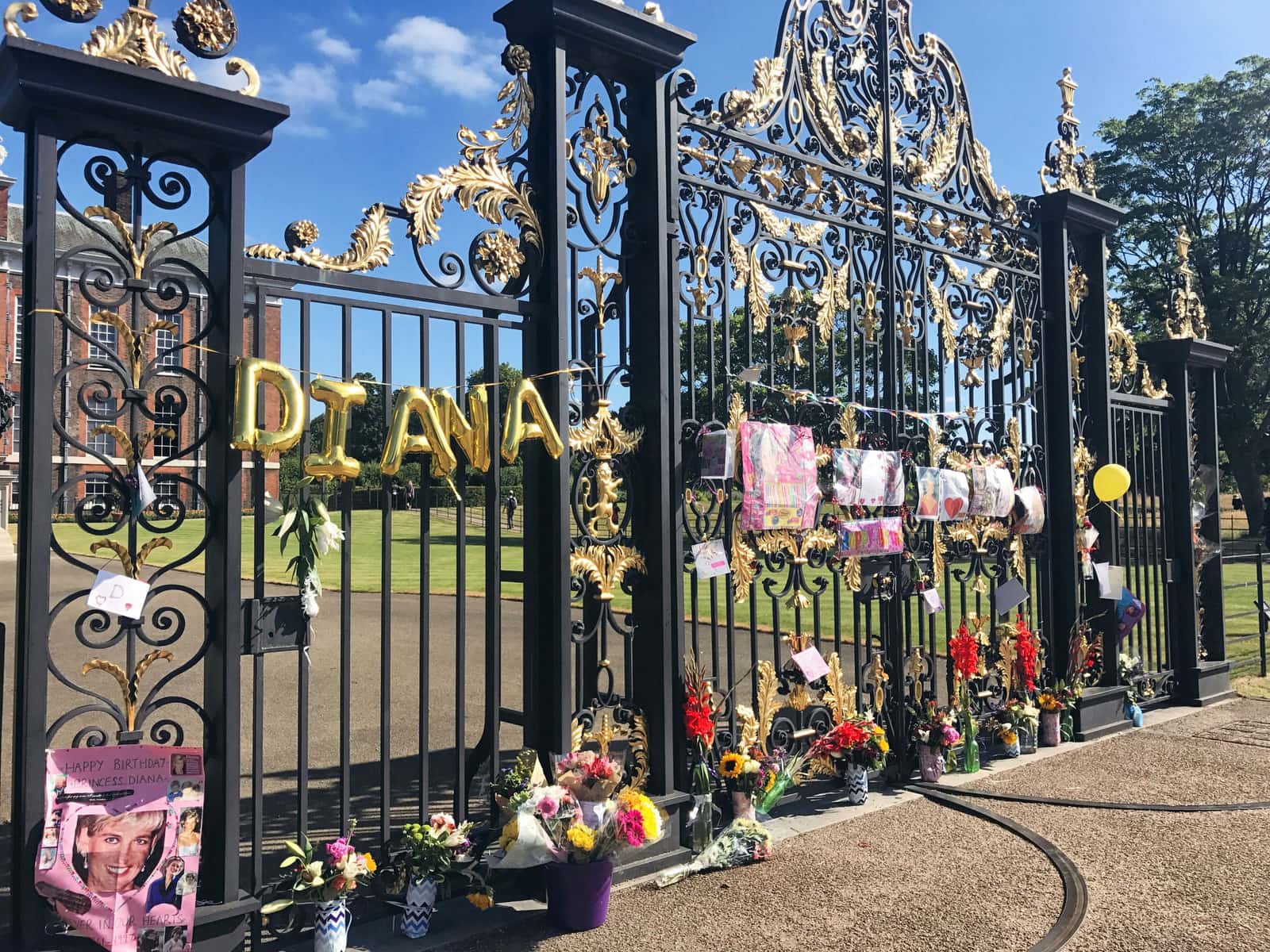 About a zillion years ago I visited the Italian Gardens with an ex ex ex boyfriend and thought how fabulous it must be to have this on your doorstep with beautiful places to go running on your doorstep. I still can't believe I call London home ??? Happy Saturday! . . #landscape #horizon #totastemaker #london #londoner #love #beautiful #beautifulplace #sun #light #summer #garden #nature #naturelovers #reflection #trees #italiangarden

After that you can stroll past the Queen Victoria statue and take a right down towards the bottom of the park to pick up the flower walk (no feeding squirrels here lols). This little path is a tranquil corner with benches so you can sit and read a book as you head towards Prince Albert memorial. The Albert Memorial is kind of the omnipresent Godfather of Kensington Palace Gardens, you feel like he is always watching you from his throne. It is an extravagant memorial (I mean, who wants a small one right?) and he towers high up above the park, glinting with gold with intricate paintings and carvings making this a work of art. There’s not tooooo much information to hand, so if there is a tour, it might be worth it….for example it is only Wikipedia that informs me this is 54m tall (yikes), took ten years to complete, cost £120k and it has allegorical sculptures around the base. It’s worth noting that Diana’s official memorial – the ill fated slide thingy is close by (just across the road) if you want to pop over and take a look but officially sits in Hyde Park. CLICK HERE TO READ 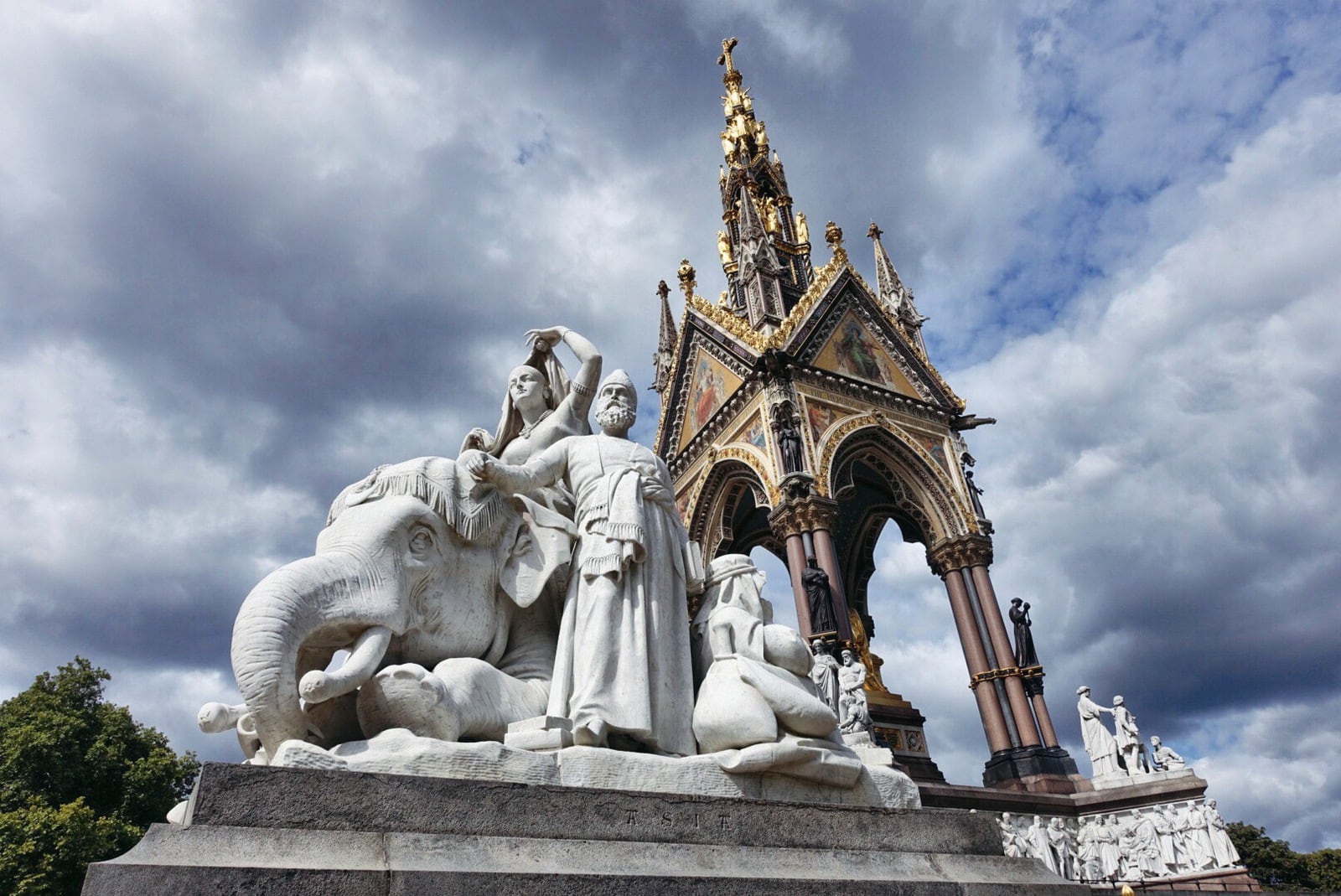 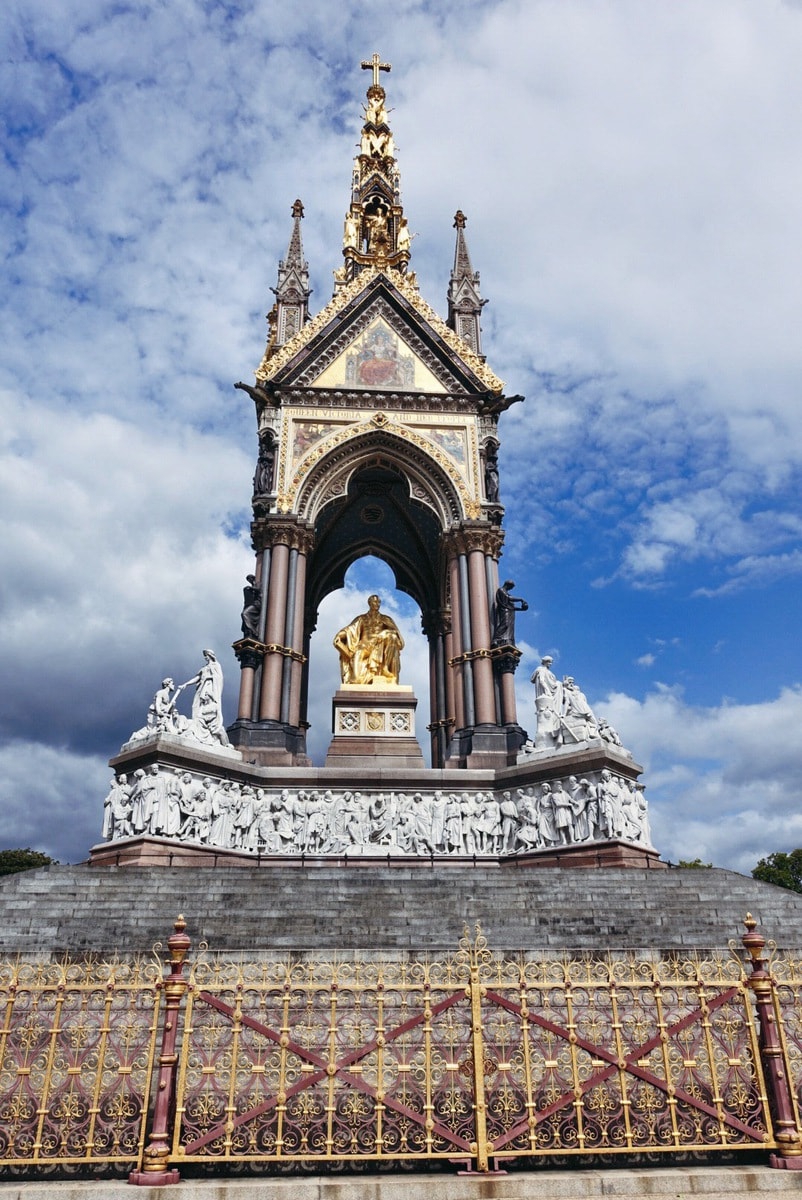 After that keep heading forward and you’ll pick up the edge of the river and Hyde Park and then you’ll spot the Serpentine Gallery. I popped in (for free) to see the Grayson Perry exhibition so it’s highly recommended and small enough to be a quick look round rather than a half day adventure. Grab a snack at the cool bar there. CLICK HERE TO READ 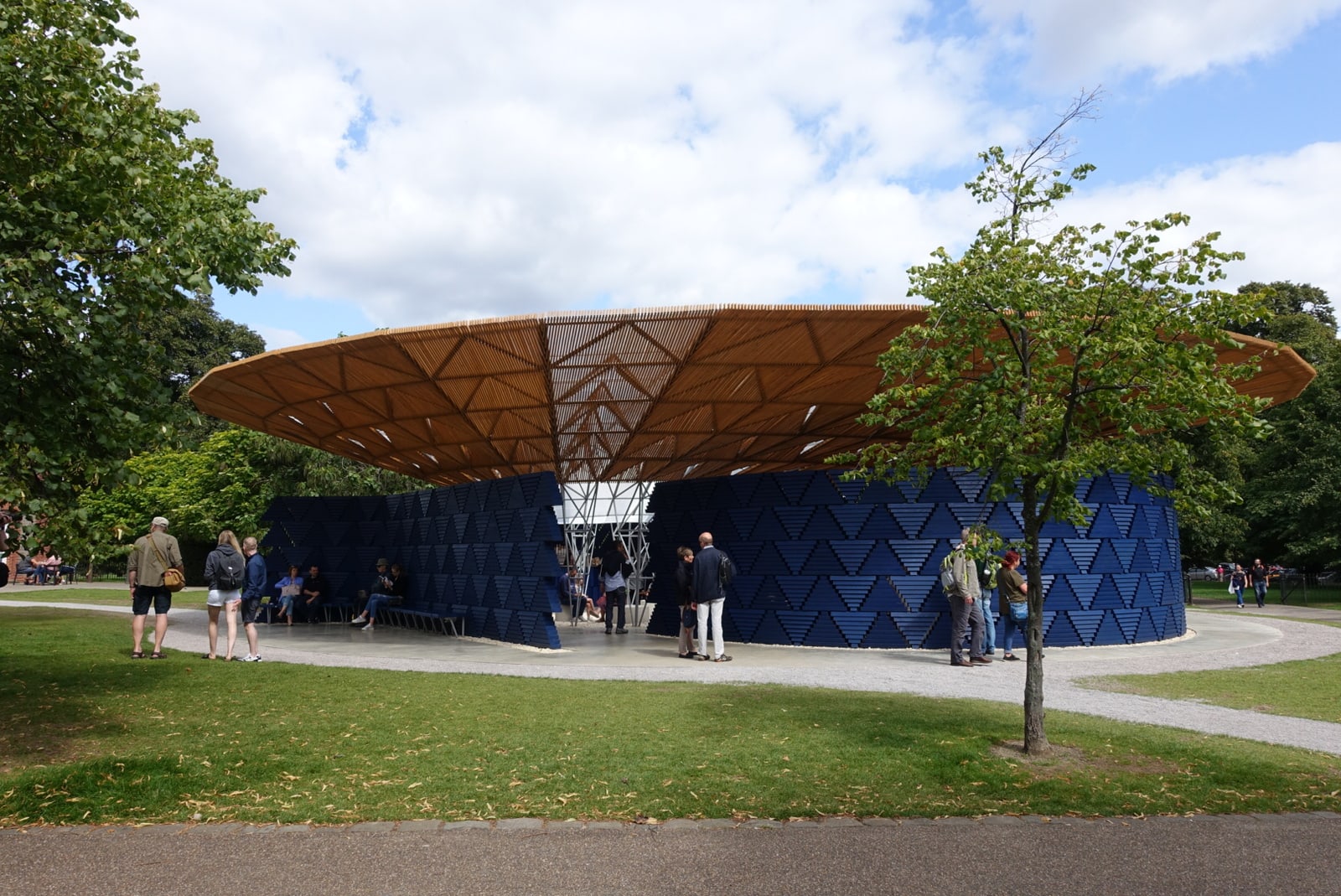 From there stay on this side of the river but cross the bridge where if you stand at a certain point for can SEE all the way to Westminster Abbey. You’ll see the main Serpentine Gallery on the corner here (if you’re thirsty for more art) or if not, head into the next entrance on the left. 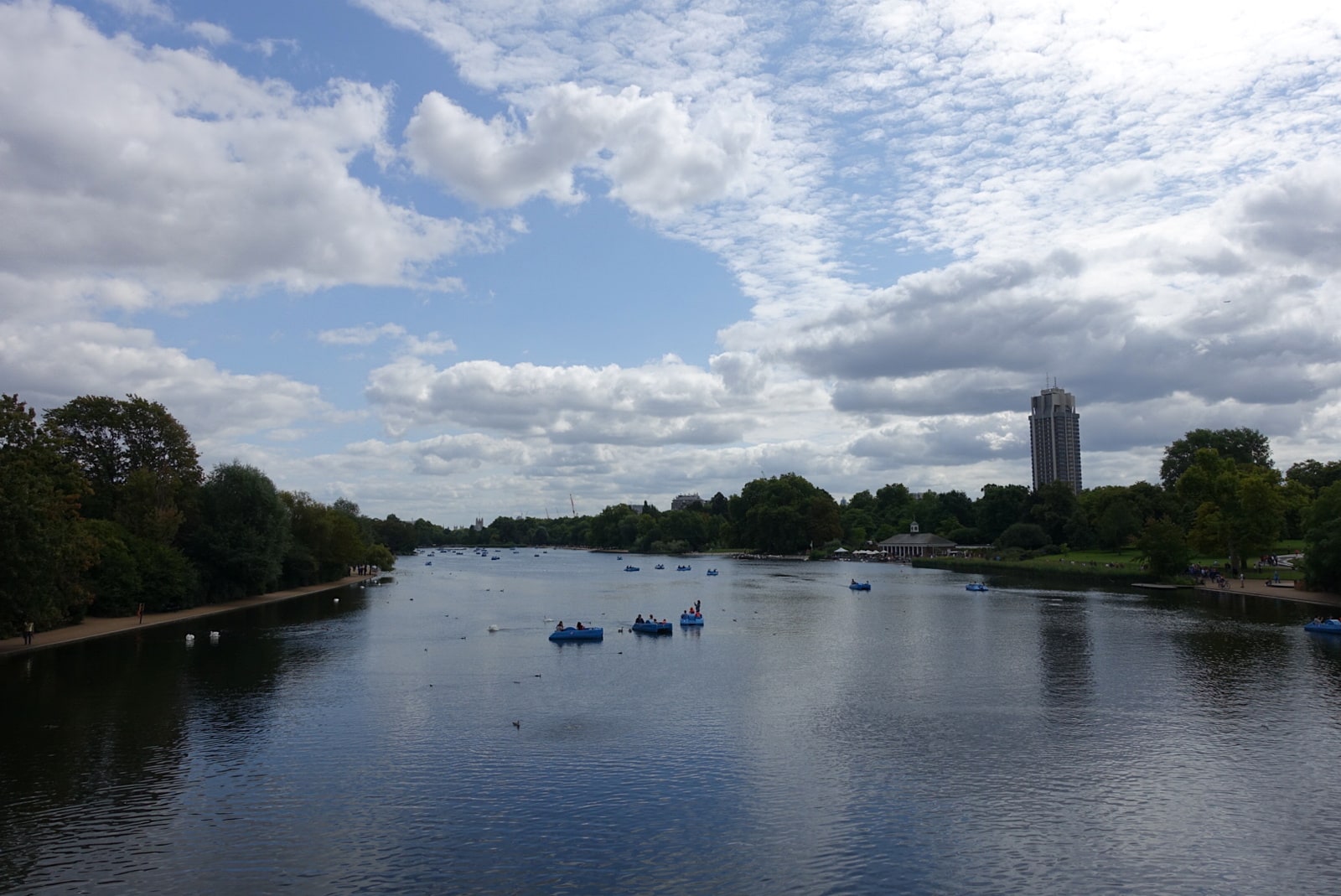 Walk along the river until you see the Henry Moore statue because if you look you can see all the way to Kensington Palace. Carry on to my second favourite places, the Italian Gardens which is usually very busy but tranquil and they’ve recently added an extra cafe there too so you can spend an hour by the fountains overlooking the Serpentine. CLICK HERE TO READ 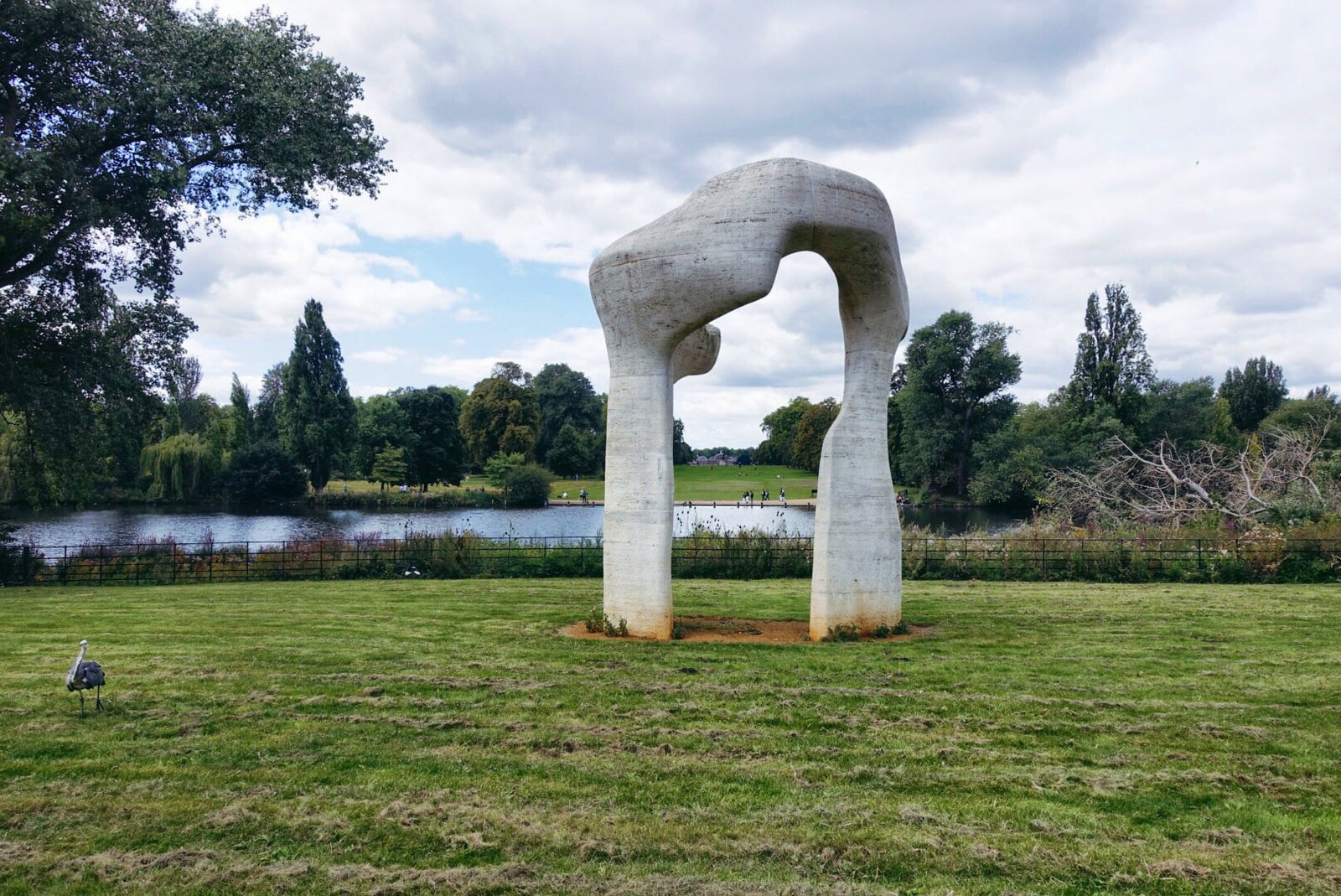 From here, walk along the other side of the river and you’ll come across the Peter Pan statue which is so magical with Peter, Wendy and the Lost Boys all in a spiral. Carry on walking and if you’re lucky, you might spot the Parakeets which hang out here and tourists encourage with snacks! 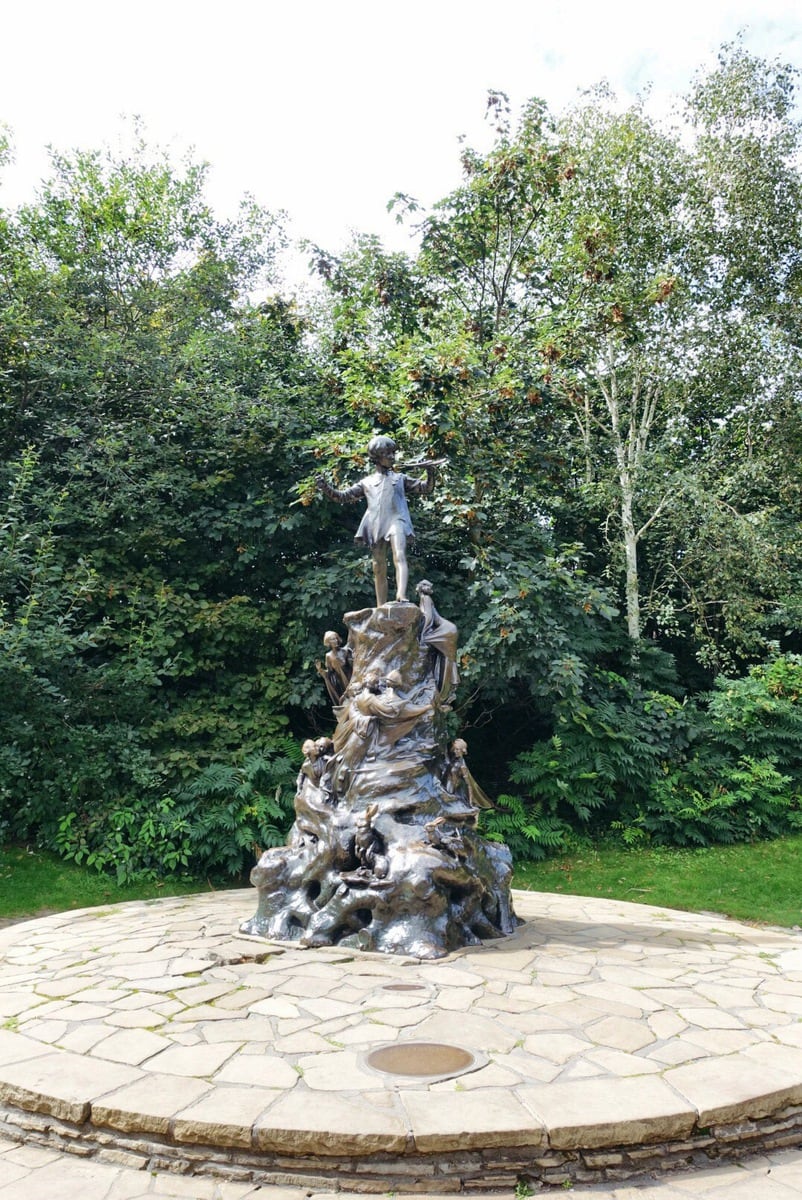 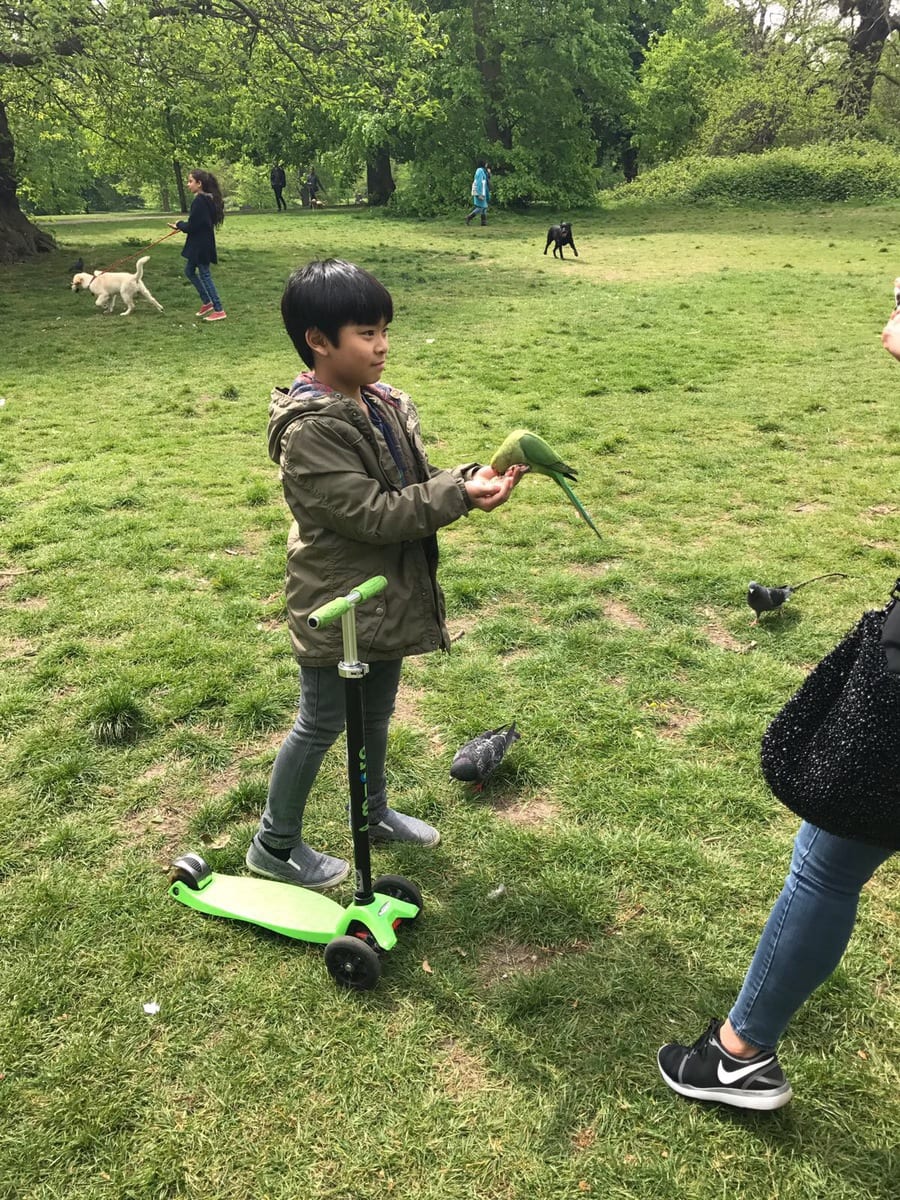 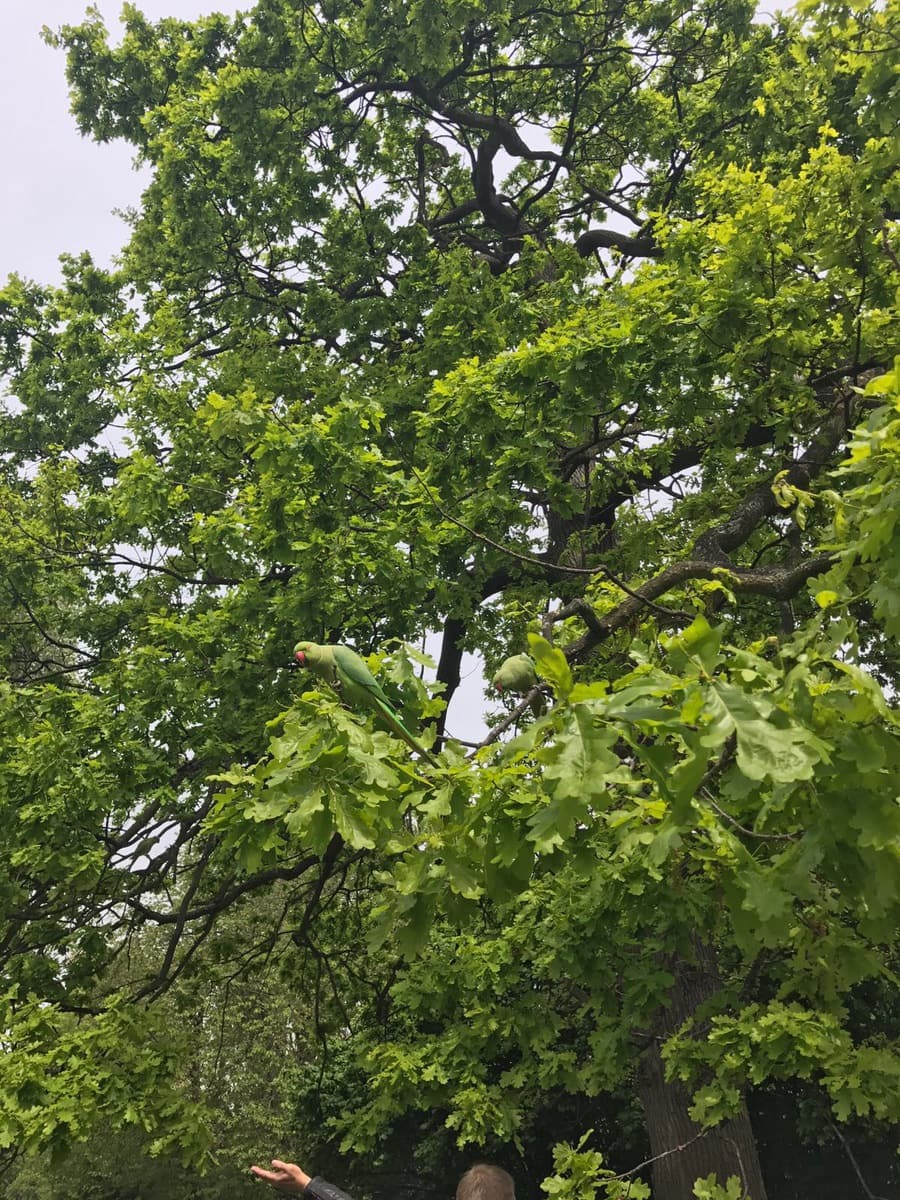 Round the Pond and Back Again

From here you can head right via tree filled paths and the magnificent statue of the Hot Guy on his Horse (not actual name) to the Round Pond which is a little duck pond in the middle of the grounds. Et voila! You will be back at the house. I did this walk and took snaps in about two hours (I reckon it’s around a 5k walk) but there are deckchairs and plenty of places to eat and drink so on a lovely day, take your time! Make it longer and pop to Hyde Park too. Click here to read more information on Kensington Palace Gardens.