For the Throne – Who Wins the PR Battle in Game of Thrones? 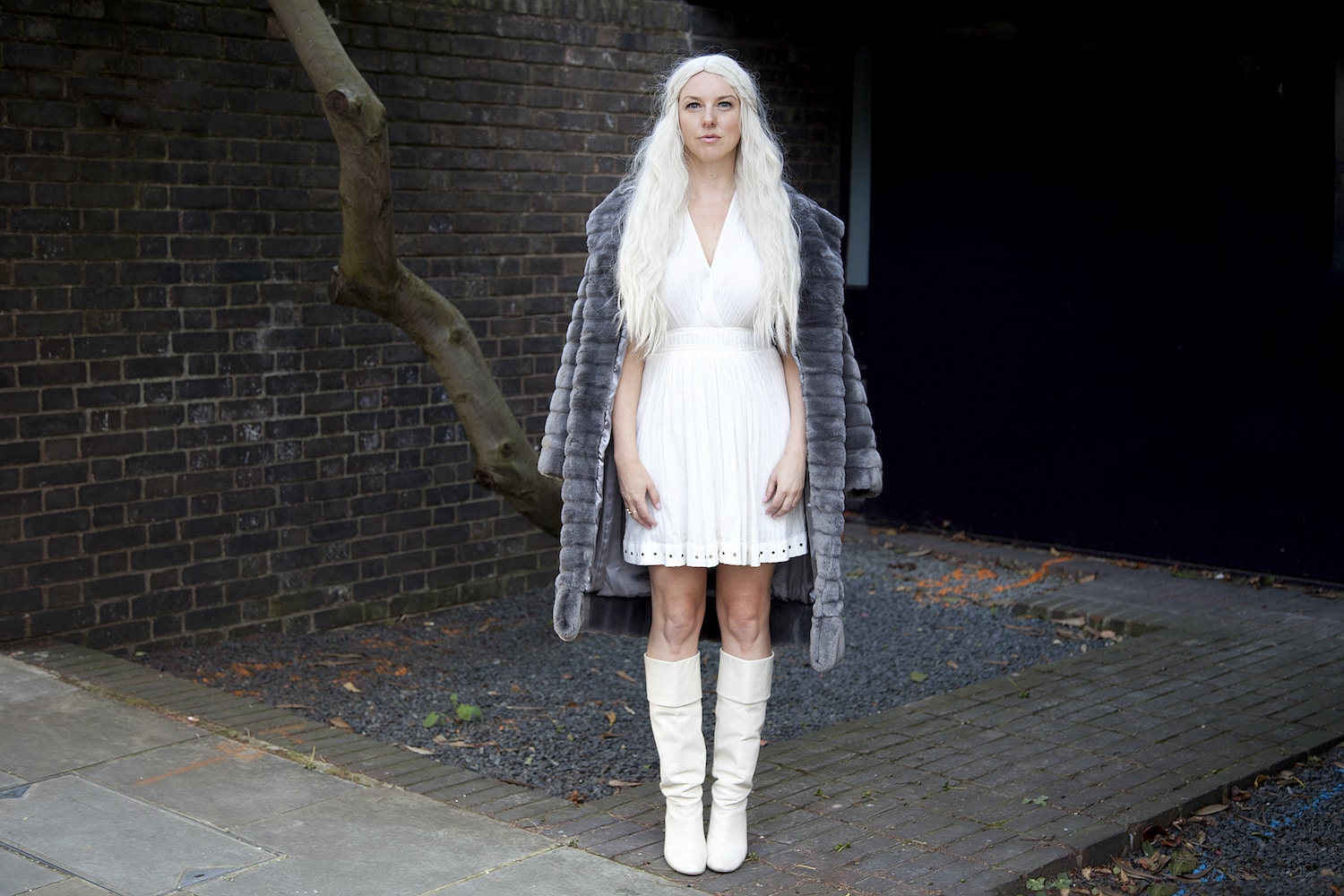 As we head towards the finale of all finales of the epic series of Game of Thrones, I couldn’t help but wonder, who would come out on top if this was a PR battle. Yes indeed, if it was Night King vs Cersei Lannister for headlines, who would sit on the public-opinion-General-Election Iron Throne? Would Tyrion be on top or would Daenerys be Queen of the seven Kingdoms? Let’s go through our faves:

Pros – King of whichever side is winning, Tyrion Lannister could arguably be the winner of the PR Throne. Combining wit, wisdom and an excellent knowledge of wine, he has quietly played out his games with Jon Snow and co just as a if he were playing a game of chess.

He was the War tactician who as Hand of the King, destroyed Stannis’s fleet at Blackwater Bay using Wildfire while he stayed safely in his castle demonstrating his strategic ability. After his escape from Kings Landing he safely defected to Daenys Targareon’s camp and escaped imprisonment from slavers to quickly talk the Queen into joining her council. A master communicator, he’s become her right hand man, a key component in surrounding the Queen with allies and the only person who can talk Daenyrs out of burning everyone alive via dragon fire (except the Tarly’s RIP).

“A mind needs books as a sword needs a Whetstone if it Is to keep Its edge. That’s why I read so much Jon Snow” Tyrion Lannister

Cons- He did kill his dad on the loo tho. Which as marketing goes, probs isn’t going to endear him to the public.

Pros – Queen Cersei, first of her name and all that started to become the literal embodiment of a Queen the second they chopped off her long blonde locks. Her Walk of Shame (and not a boozy one – one of redemption) has helped to redefine Cersei in the eyes of the public by taking her from a figure of fun and embarrassment to one which has atoned for her sins. PR wise, apologising and moving on is the perfect decision. Her big defining moment was to blast the High Sparrow from Kings Landing which took out many major players and ushered in a new era. In series 8 she is consolidating her position from her castle, which makes her the most selfish of the lot, however for a Queen protecting her people, she is in exactly the right place to maintain confidence. She’s also sorted out that pesky financial problem, admittedly by killing her enemies, but money is not a problem in Kings Landing.

Cons – What is a problem is friends and allies. Even her twin brother (and lover eek) Jaime has fled to help the Northerners defend Winterfell from the Knight King. If you think Euron is coming to the rescue, you’d have another thing coming.

“When you play the Game of Thrones you win, or you die. There is no middle ground” – Cersei Lannister

Pros – If it were Millennial Game of Thrones – Dany would be first to the throne. Unlike many of our other candidates, Dany has almost always known she was destined for greater things which only accelerated with the golden drowning of her brother, leaving her (at that time) as the last Targaryen. A strong identity in the PR game is crucial so it helps she has bright white hair, can walk naked yet alive out of enormous fires, and the fact that she is the Mother of three full grown dragons. Well actually two, ‘nice’ ones and one adopted by the Night King. If it were the present day, Dany would be utilising her skills at talking to the people and would probably have a YouTube, Snapchat and Instagram account where she would amass millions of fans with her killer catch phrases. Plus let’s not forget she knows about a million different languages from Dothraki to Valyrian making her a master communicator, perfect for marketing.

Cons – She’s a little on the hot headed side; bend the knee or Dracarys.

“I am Daenerys Stormborn of House Targaryen, of the blood of Old Valyeria. I am the dragon’s daughter, and I swear to you that those who would harm you will die screaming.” Daenerys

“Shall we begin?” Dive deeper into the #GameofThrones Season 7 premiere. (Link in bio) #GoTS7

Pros – Despite not being the brightest Stark in the box, Jon Snow has managed to overcome all odds, and boy do we like an underdog in PR. We also like a nice elaborate layered personal story, a fairytale, if you will, and little Lord Snow come Aegon Targaryen the sixth of his name is a modern day Cinderella story. Out of all of the candidates, his strong and steady approach plus his classic ‘hero’ good looks probably makes him the front runner for the Iron Throne.

Cons – He knows nothing.

“The more you give a king, the more he wants. We are walking on a bridge of ice with an abyss on either side. Pleasing one king is difficult enough, pleasing two is hardly possible.” Jon Snow

Pros – A man of few words, the Night King’s PR strength is based on pure numbers. He’s amassed a great army from the Wildlings, and he likes to lead from the back which has assured he is a campaign pro. He’s also well versed in creating campaign artwork – is there anything on earth more memorable/terrifying than a zombie child surrounded by legs or the horses in that strange whirlpool.

“He wants to erase the world.” Bran Stark

“I’m not asking you to forget your dead. I’ll never forget mine.” Swipe & #PrepareForWinter. Relive #GoT Season 5 before #GoTS7 premieres 7.16 on @HBO.

Pros – With her Elizabeth I red hair vibes and regal disposition, Sansa Stark was a tough but fair ruler of Winterfell while Jon was falling in love with his Aunt in Dragonstone. Back in the North (The North Remembers), she has played to her strengths, creating a tribe from her Northern allies. In series 8, with more Kings and Queens and Knights per square foot than normal people, she has asserted her authority many times over those more easily manipulated than her. It has been her cool assessment and disposing of both Ramsey Bolton via his favourite hound and Little Finger via his favourite dagger that has turned Sansa from a wannabe Princess to a cool, confident option for the Iron Throne. And it is her cruel reminder that neither Tyrion nor Daenerys should have believed Cersei that makes her one of my new favourites.

Cons – Between Cersei and Daenerys, they are both unlikely to let her near the Iron Throne.

Did you bend the knee to save the North or because you love her? #GameofThrones

Pros – Ayra’s PR campaign is kind of completely absent, but mainly because she is the Ethan Hawke of the Game of Thrones world and as a trained assassin sneaks into the background and occasionally becomes someone else to kill them. The girl of many faces is unlikely to win the Iron Throne, but she’s certainly fun to watch. She’s a genuine underdog and as a girl come woman (did you see her with Gendry?) so she delights in surprising people and she is completely off radar when it comes to a campaign for the Iron Throne.

Pros – The King Slayer, is unlikely to throw off his evil history, like killing King Aerys and throwing little Bran ‘the things we do for love’ Stark out of the window, in order to take the Iron Throne. Nor would he seem to want it. Jaime Lannister knows the truth of both of these events and yet keeps them to himself. He has moved away from his sister to fight for the living. His decisions are now based solely on doing the right thing and not appeasing anyone which make him a much better person.

““The things I do for love…” Jamie Lannister

Pros – The boy knows EVERYTHING making him a PR legend. Whoever is writing the script in series 8 is serving up some killer one liners and we love them. However, since he is no longer Bran, he is no longer a Lord and thus we can presume he wouldn’t be winning a PR campaign anytime soon.

“We don’t have time for all of this. The Night King has your dragon, he’s one of them now. The wall has fallen. The dead march south.” Bran Stark

Waiting for an old friend. #GameofThrones

Pros – Brienne has managed to win over every character in the series because of her strength, honour and truth. Ever since she pledged to look after the Starks she has been a woman of her word. She would make an excellent ruler of Westeros but she may not like it herself.

Pros – A great long shot but consider Sam has beaten all the odds. He’s overcome his father’s opposition to his very existence, won over all his family at The Wall, found a girlfriend in Gilly, become a father and killed a White Walker. In PR terms, this guy is ready for his own TV series! What he lacks in braun he makes up for in brain power and he can deliver a story like no other. Just think of how he looked when he found out that Daenerys had roasted his father and brother?

Cons – He knows the Iron Throne is really meant for Jon.

“That’s what death is, isn’t it? Forgetting. Being forgotten. If we forget where we’ve been and what we’ve done, we’re not men anymore. Samwell Tarly

So overall the best PR Campaign is Jon Snow’s – he’s got the right mix of authenticity, story telling, aesthetic and loyal followers. I make Daenerys a close second, mainly because I couldn’t get past the fiery temperament – never a good trait in a ruler. Find out more about the series here – https://www.hbo.com/game-of-thrones

Note – this post contains some affiliate links so if you purchase Game of Thrones books or DVDs I receive a small percentage of the sale. My reviews are always open & honest.