Can We Sell You Christmas? 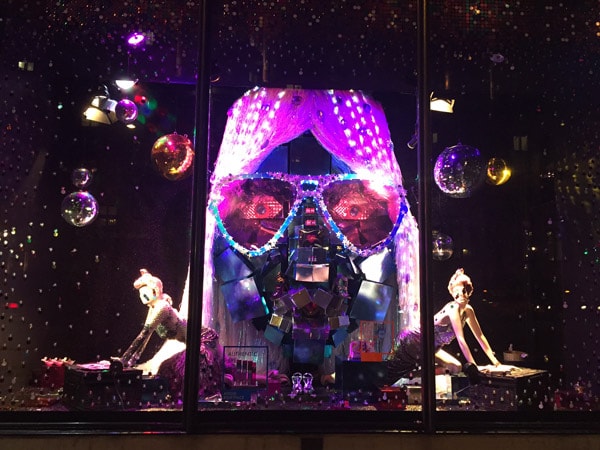 Tis the season to spend money, fa la la la la, la la la la! Oh don’t worry, I’m not Scrooge (honestly)! And as we already know, Christmas is already a top money spinner with businesses making or breaking at this time of year. Many are now trying to OWN Christmas whether through red coloured cups, sentimental adverts or celebrity filled campaigns…either way, they want you to spend your Christmas cash with them! Here are the marketing campaigns catching my festive eye so far…feel free to tweet me your favourites to @nakedprgirl Oh and Merry Christmas, you filthy animal!

This one comes courtesy of my friend @real_staceyg who has a competition with her sister every year to see who can spot the Coca Cola Christmas advert first (she won this year FYI). What Coca Cola have done so brilliantly is to somehow convince us that they are something to do with Christmas when they are a brown fizzy drink. And it is TRUE isn’t it? When you hear that jingly music and you see the Christmas truck, it’s almost here! Hurrah.

The key here is repetition and consistency as the Christmas advert is the same one year in and year out (supplemented by an extra up-to-date one each year). The Christmas Trucks were created 20 years ago by advertising agency W.B.Doner and this year the trucks are moving around the UK to spread the Christmas cheer. Coca Cola have put themselves squarely at the beginning of the Christmas calendar with a advert (shot in snowy Vancouver in 1999) which is full of nostalgia and is part of our shared experience. #HolidaysAreComing

Wowser, look at all this star power Burberry have managed to shove onto a trampoline this Christmas! First of all it isn’t surprising that Burberry want a slice of the Christmas cake – they have the perfect products – who doesn’t need a mac and a check scarf at this time of year yah? Anyway, to celebrate 15 years of Billy Elliot, Burberry have created this special Christmas advert with Rosie Huntington-Whiteley and James Bay (amongst many others – I mean seriously this crosses every demographic – even James Corden pops up in there) but it is little Romeo Beckham who steals the show. Trench coat and red check scarf anyone?

Harvey Nichols – Avoid Gift Face
I have a soft spot for Harvey Nichols marketing. When I was about 18, they sent a postcard out to their account card holders to advertise the winter sale. I have still got it because I love it so much, it features a white dress, beautifully lit in a boxing ring where the idea is that the sale is a knockout round – survival of the fashion fittest. These days, the communication is a lot more controversial – remember the whole ‘avoid-the-morning-after-your-Christmas-party-shame-with-a-great-Harvey-Nichols-dress’ a few years ago? Too far for some I fear and a pretty narrow target audience.

This year it’s a bit more all-inclusive so will appeal to men too. Avoiding ‘Gift Face‘ is the idea – you know when you open up those green monster slippers and have to LOOK thrilled while secretly wondering if you could spill red wine on them to ensure a swift exit into the bin. Surely you’ll avoid gift face with Harvey Nichols? Especially with their very careful edit and lack of green monster slippers? I don’t fear gift face – I just fear my credit card bill when I end up in there 😉 Here’s the video which will ring true to anyone with dubious present buying tendencies. But my favourite bit with Harvey Nicks is always the Christmas windows – my favourite in London by a long way which are unashamedly heavenly blingy. #AvoidGiftFace

Celebrate By The Cupful Together Starbucks say…because nothing says Christmas like a Gingerbread Latte. Lol I am kidding. Clever Starbucks, that’s what I say. The festive Red Cups are identifable, so when you someone on the street with one, you know it is time you popped in for your Honey & Almond Hot Chocolate. It really resonates with those who like to be part of the tribe, the Starbucks club so to speak. Eg – “LOOK, just look at my RED CUP! I am a Starbucks lover, see, SEE!” This year it seems to have gone stellar with a epic supporting social media campaign. So that’s full marks in for creating a fun product that fits into Christmas AND your business plus marketing it so perfectly that your customer becomes a willing brand ambassador. Say it with me #RedCups

John Lewis – The Man on The Moon

Holy moly, when did the benchmark of a good advert become Facebook status updates of ‘OMG John Lewis did it again, crying my eyes out.’? I haven’t, thus far, cried at a John Lewis Christmas advert, will keep you posted on that one, but I do appreciate it as a well crafted campaign. This year it features a little girl who gazes up at the moon using a telescope to see (you guessed it) a man on the moon. He’s on his own so at Christmas she sends him a telescope of his very own so he can look back at her on earth. The message? ‘Show Someone They’re Loved This Christmas’ by spending in John Lewis.

There’s a sadness that at the end of the advert, the man is still alone on the moon, gazing down on festivities from a lonely and isolated place. Which is precisely the point as John Lewis partnered with Age UK to raise awareness of an elderley generation spending Christmas alone. The cost was reported to be £7 million say The Guardian for the whole campaign and the results are flooding in with the hashtags getting 16,396 mentions in the first hour. Let’s see if Christmas sales match the success of the advert, and if Age UK benefit from the publicity, because as they say, ‘no one should have no one at Christmas’. For being emotive and creating talkability, John Lewis scores top marketing marks. #ManOnTheMoon