Terry Mansfield – The Media of the Future

The future is looking like something from The Matrix movie mixed with a touch of Back to the Future right now. Google Glass is on the horizon and mobile marketing is gathering pace, so what does this mean for our media platforms? Print is declining and transforming rather than dying, Daily Mail has a strong foothold in online and bloggers have created their own mini-spheres outside of traditional media. Terry Mansfield is a man who has been there, done that and got the T-Shirt. He’s a publishing legend who is a branding and marketing extrordinaire having been Hearst Corporation’s Senior Executive and Director and being instrumental in the fashion industry’s finest titles including Elle, Harper’s Bazaar and Esquire. 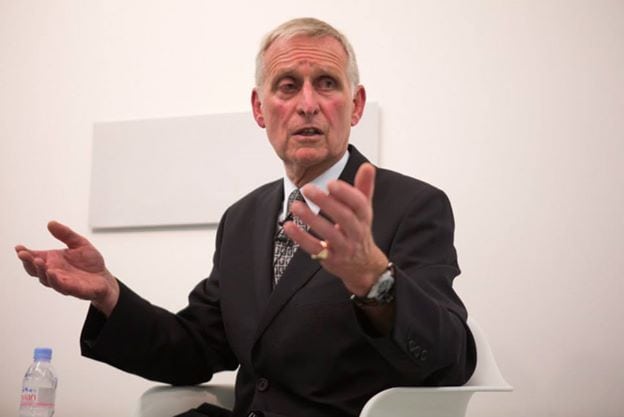 I was invited to The Industry London’s latest networking event for members where Terry was interviewed for the audience, so here are seven lessons:

This resonated with me so much that I tweeted it! What a fabulous statement. The very idea that whilst we attempt to fit a square peg into a round hole and tweak our existing media into multi faceted omni channel offerings, BUT, what if we create a completely new platform? One which is ground-breaking and forward thinking and probably involves wearing Google Contacts whilst you take a seat in your flying car? As Mansfield says; ‘The versatility of your lives can be extraordinary. You have to be fast and multi-skilled and whatever is happening, you’ve got to be there.’ The lesson, think outside the box, as much as you can, you might invent something rather spectacular.

The creative industry is one which Mansfield feels very passionate about. He talks about London being the world leader in creativity when he says, ‘you have to do it’ it makes you want to immediately start a piece of work which is fresh and new, or at least reach for the nearest glue gun and box of paints. ‘Creativity is all about having a good time.’ Mansfield says. ‘If you’re not, you won’t be making very good work. If you are, you’ll be amazed at what you’re producing’. It is also a matter of science, because he admits; “If you are creative it’s in your DNA.” So there you go, if you are creative, you can’t help it! You have to seize the day! The lesson, just do it. Don’t just talk about it and dream about it, do it! 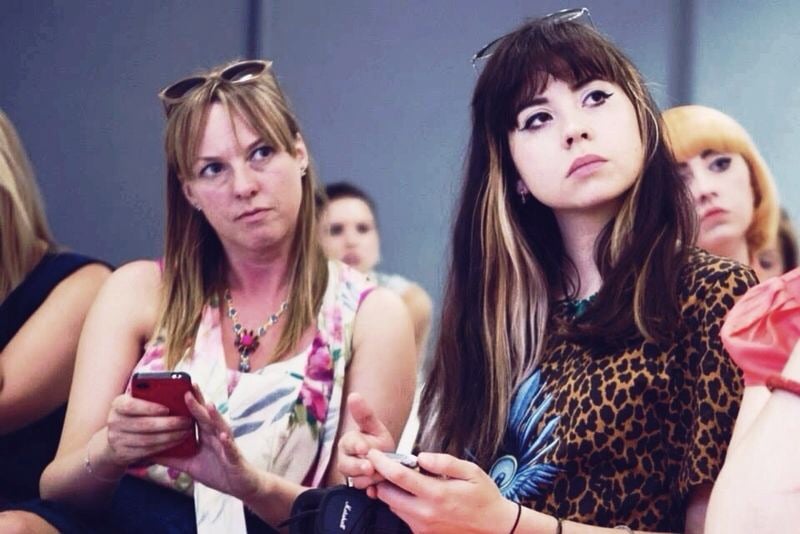 Me with Donna Ida’s Kate Gorbunova

3) ‘There are three stages in your life – learning, earning and returning.’

So true, so cyclical. The rhythm of life all mapped out. Mansfield worked his way up the ranks confessing that he worked in places where he would do a bit of everything. It is key to learn as much, as you can. After a super successful career, he’s now at the point where he can share his knowledge with others, mentoring and inspiring others including his interviewer, Naomi Barling. His style is down to earth with the added bonus of irresistible story-telling with heaps of experience makes him an ideal tutor. The lesson, embrace every stage and make sure you share your journey with those around you in your industry.

4) ‘The magazine is always owned by the readers’

This is so obvious in so many ways but almost overlooked at the same time. In the upper eschelons of any business, it is easy to forget your customer, and to be fixated on what you want to do, rather than serving that customer. Media houses have publishers, editors, teams of journalists, stylists and creatives plus advertisers and social media all going into the publication before it hits the news stands. Yet it is the people who buy them that really own them. The people who tear out pages to keep, or feel opinionated enough to write a letter, or tweet their views or who just buy it for the tips and the free gift. The lesson, keeping your reader with you on their journey, issue in and issue out is the key. 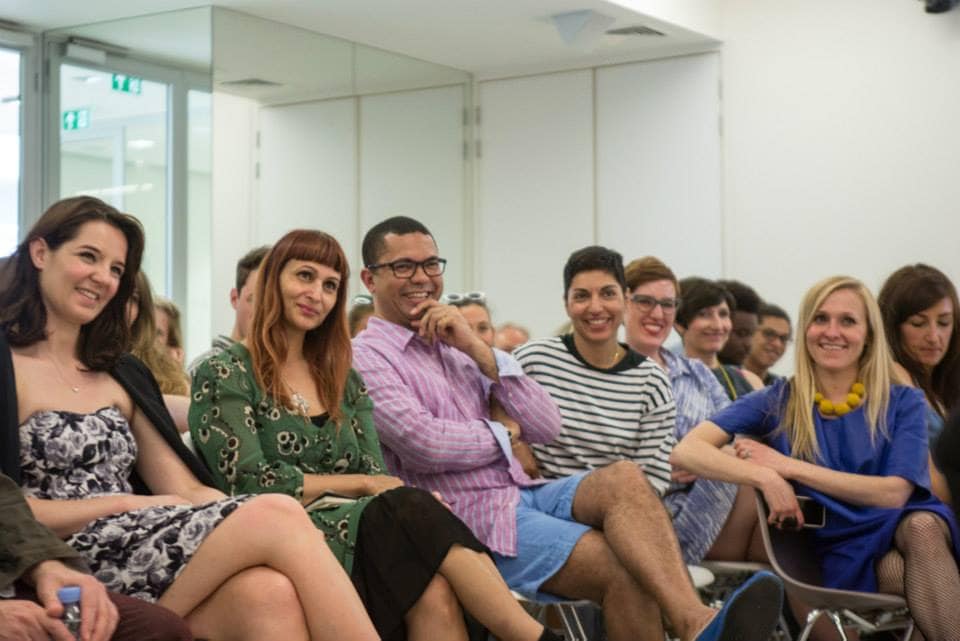 Story telling was everywhere with Mansfield, from the way he spoke, he weaves history into comedy sketches and held the audience like a pro. He revealed when looking for an editor, he was most interested in how the potential candidates would put together three issues, not just one. He didn’t mind if they were June, July, August or January, June, December, because he just wanted to see that they could create features and stick with them, or introduce new ones. He wanted to see their creativity growing and changing. I talked about Content is King where the real winner every day is engaging content whether you are in the media or in retail. The lesson, keep pushing yourself every day and don’t settle for average.

6) ‘I made up my mind to be a world famous journalist.’

You know what they say, if you want to make God laugh, tell him your plans. Mansfield originally wanted to become a journalist. Until his headmaster scuppered his plans ‘I don’t want to be critical of your plans for the future but it might be an idea to be able to read and write before you decide to be a famous journalist.’ But he was resilient, he unearthed a skill for finding talented people and matching them with the right job which led to controversial appointments. Rosie Boycott was the surprising choice to many for the editor job at Esquire but she turned it around. The lesson, be resilient, follow your instincts and be flexible in times of challenge and change. If not, Mansfield might still be waiting for his journalism job to turn up. 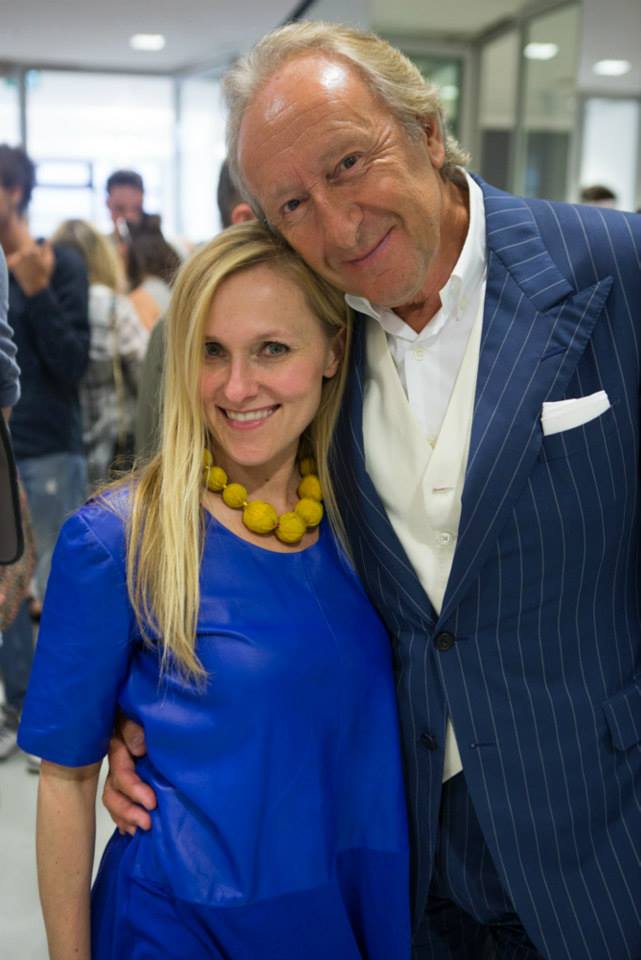 How exciting to think we are all on the cusp of change and opportunity is just around the corner. As Mansfield says with his trademark wit; ‘Big businesses can’t move forward as quickly because they spend too much time deciding where people will sit.’ It is challenging for larger businesses to move and occupy new space, changing their course often takes time with stacks of investors or a Board of Directors to canvas and to please. Entrepreneurs have brought newer, bigger company’s that have grown faster than those already occupying the market place. Look at the avalanche of Facebook and the growth of platforms like Lyst. The lesson, the world is your oyster, go fish.

Photos by Fran Hale courtesy of The Industry London. Find out how to become a member here.