The Unconventional World of Henry Holland 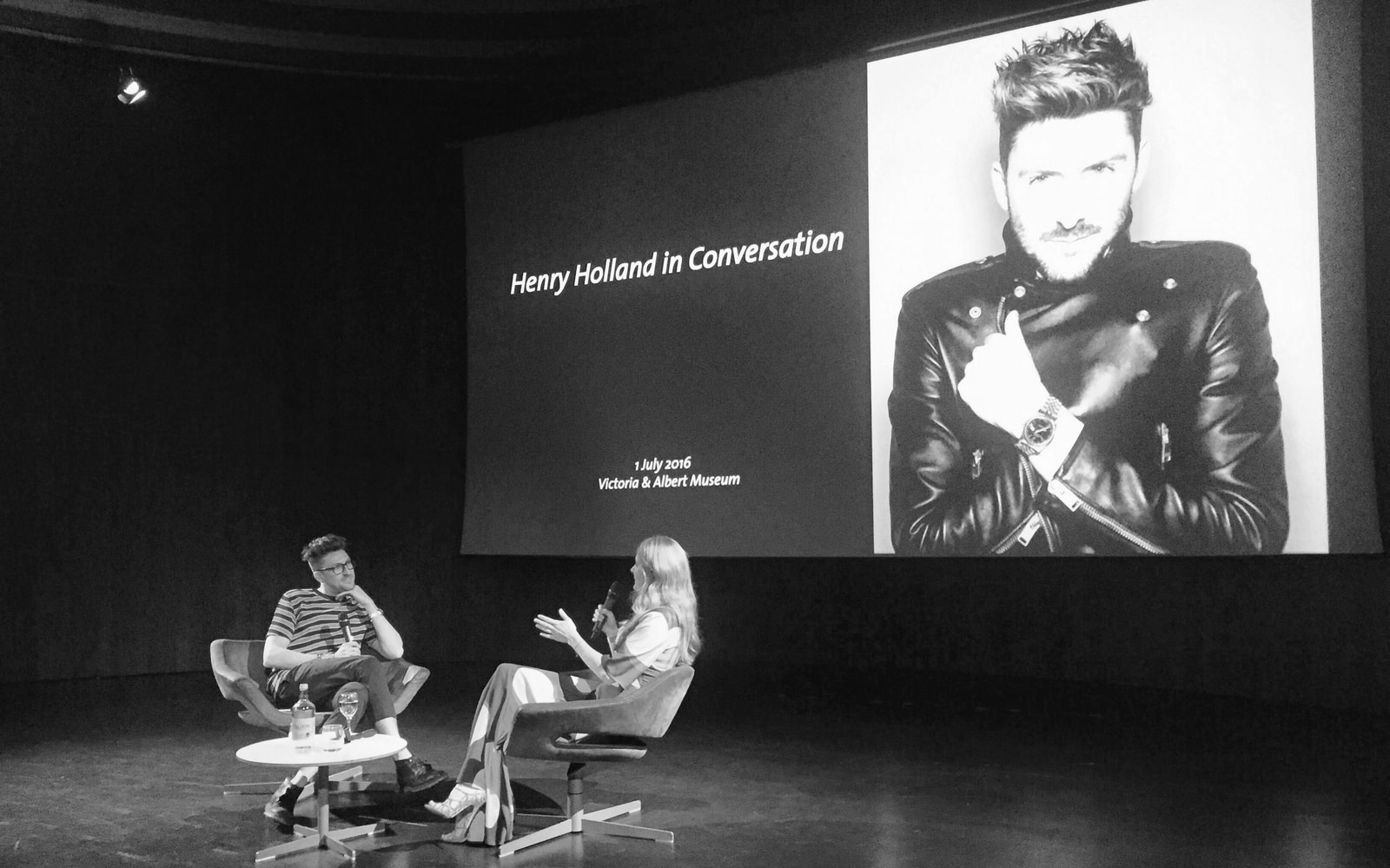 If you had to pick one fashion designer for a cracking night out, I would suggest Henry Holland. Firstly, from what I have gleaned, from last Friday evening while he was in conversation with Kinvara Balfour, he is exceedingly charismatic, funny, honest and I’m absolutely positive you’d be dancing on the tables into the early hours of the morning. Secondly, if you’re interested in fashion, you might be in with a shot of uber networking, as you’d no doubt be introduced to his famous inner circle which includes Alexa Chung, Daisy Lowe, Pixie Geldof and Agyness Deyn. Now, who’s up for a few drinks round Henry’s? 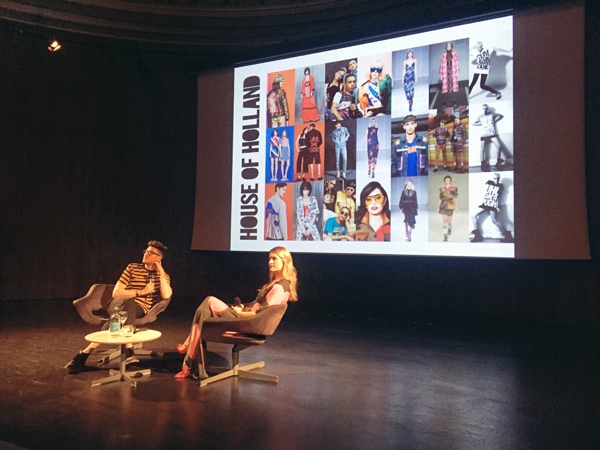 Early Days
Let’s delve deeper, because the 33 year old, Manchester born designer has had, what he calls, an ‘unconventional route’ into fashion where he originally studied journalism (he tried to move to a fashion course but it was full so he just got on with it) before landing a job in a newsroom.

“I fell into the world of teen magazines by accident,” Henry confesses recalling his days at Smash Hits magazine. “I remember my first day and I couldn’t believe I had so much fun at work. We all got called into a conference room to watch Blue’s new video. I’m like, what?  This is what I do with my mates when I get drunk.”

But fate had a different plan and as he moved to Bliss magazine to edit the style page where, he ‘wasn’t allowed to put in anything that cost more than £30, retail’ and even ‘used to write the horoscopes’ (he apologises for destroying the myth that there was no resident astrologer) where he started designing.

When you’re on set in the desert but your outfit’s on point. ?

So far so unassuming, and Henry continued to work at Bliss magazine despite the early success. “I was still selling Juicy Tubes to 13 year olds for a while,” he recalls. “I stayed there for a bit and doing my international shipping from the post room. My editor was like, ‘we’re going through a lot of Jiffy Bags.” But before long the move was inevitable, his second collection of tees featured supermodel slogans (I’ll tell you who’s boss Kate Moss) plus House of Holland launched and collaborations started to roll in where his moto is; ‘I collaborate a lot, if I can’t do something, I find someone who can.’ 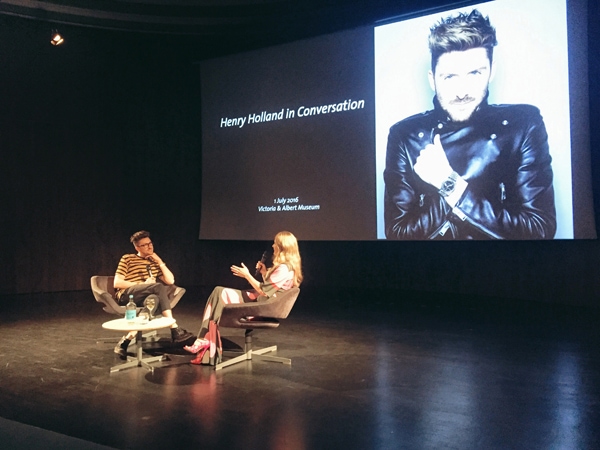 The Night Shift
Collaborations cooked up in nightclubs like Boom Box over cocktails  included one with his good friend Katie Hillier and even more recently, his deal with Habitat was struck at a friend’s wedding where Henry was introduced to the Head of PR on the dance floor and decided they should ‘make some cushions’.

Henry concedes and as like fellow designers Mary Katrantzou, Patrick Cox and Zac Posen, he cites clubbing as significant in his career and mentions the importance in tapping into the network that you already know.

“If I had any advice for students it would be, rip up your assignments and go out, never go home,” he jokes (and make no doubt he doesn’t take himself too seriously. “It’s an awful way of saying it but clubbing is basically networking. As long as you do it in a nice way and don’t just run around giving business cards to everyone. It was so amazing to be helped by people, and it was all about the night shift.”

#tbt to when Polaroids were still going strong and I had a better jawline. @aggy_deyn

Business
It wasn’t all plain sailing and Henry had to prove himself with the fashion establishment.  “I always describe my route as back to front. I started with the most commercial thing you can do and still the only thing I make profit on,” Henry reveals with it taking three years to break into wholesale with his ready to wear line, building contacts and networking to prove he was more than ‘just funny T-Shirts’.

He’s also open about the fact, that without being trained in fashion or business, he found the process a steep learning curve, one that he hopes to have mastered. “It’s really important to have two pillars from the beginning – creative and business,” he admits. “I wish I’d found someone with business side. That’s what I’d have done different. No more making friends with supermodels; they age. Accountants last longer! If you find anyone who gets excited by a excel spreadsheet, that’s who you want.”

#tbt to when @nick_knight took my picture and I had triceps. (And wore a bow tie with everything) ?

TV has also been a business avenue even though Henry asserts he is a ‘one season wonder’ that has rarely gets a second series. “Being paid money to talk rubbish in front of the camera is absolutely fine by me,” he jokes. “And yes it has kept my company afloat at certain times. TV appearances keeps the press coverage coming in and generates money.”

But he would do it all again, well apart from building his website in Flash which cost him dearly, although Ecommerce disasters are more common than the industry likes to admit.”You’ve got to have enough balls to do it, to not want sleep and to work hard.”

The Future
For now Henry Holland is happy living in East London. “You don’t have to go anywhere to ‘be’ in London,” Henry reveals. “You just step out of the door and it’s a melting pot. I love when you see someone wearing a bat shit crazy outfit and you think you’ve got an amazing story to tell.” However BREXIT has surprised him saying; “the sentiment of wanting to be closed off from an open world makes me feel sad.”

Politics aside, he’s witnessed the explosion of social media and digital change in the industries he started in so he’s well placed to assess the future. “Fashion is in transition as all the old rules of press have changed,” Henry muses. “People used to create one campaign a season and put it in the September issue. People’s appetite for content has exploded and you have to be constantly generating content. I once said women are going to much more cocktail parties than squat parties. That’s part of the content, make sure it evolves with you.”

But he is resolute on the future of fashion, even if it looks differently to how it used to with the transition from curated collections by buyers and media to the here and now of digital. “If people are shown something they expect to buy it,” he says. “Clothes still have the same lifespan as its still six months until the next show. It just exists on the woman who’s wearing it instead of existing in the pages of a magazine.”

And on that note he still has plenty of dreams to tick off and aspires to a Ralph Lauren model where he works across many product categories creating House of Holland world. “Yes world domination,” he surmises. And you know he is more than capable. 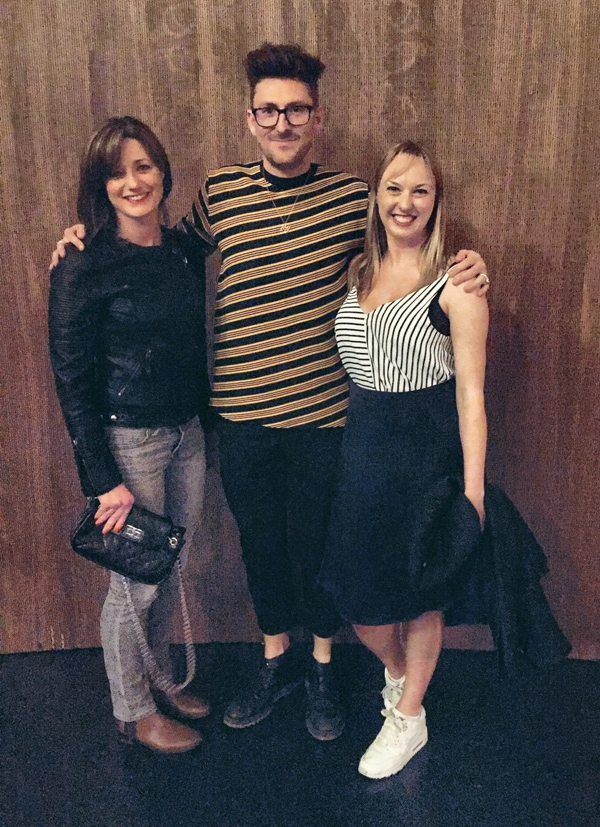 Henry Holland of House of Holland was interviewed by Kinvara Balfour at the V&A.