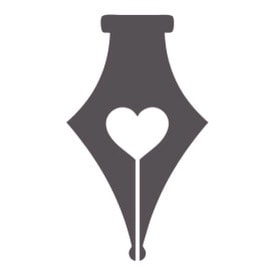 Last night outside Oxford Circus tube a man was holding a sign which said if we ask for penance then Jesus will save us. I couldn’t help thinking he was probably the most sane person around. It was Black Friday after all, surely nothing can save us now?There were shoppers everywhere, the atmosphere was tense and you just did not want to be the one standing in between a consumer and a 50% off product. Leaping over counters to save a mere £3 (10% off on a lipstick) in London, piling up like a load of out of their mind zombies in Dundee supermarket and waking up at midnight to get in the digital queue for an iPad mini…Black Friday, so called because we stole it from the U.S has become a juggernaut of a marketing campaign. The message whacked high in windows, adverts on TV, online everywhere from Topshop to Dorothy Perkins the message was clear – spend now. It was faster to round up the few retailers not getting involved. And while people were creating chaos and fighting over discount TVs, there were people asking ‘what the hell is Black Friday?’ For the day noted mainly by retailers, has previously just been in the US until it started to creep over here.

In marketing terms, it’s a reason to discount without calling it a ‘sale’. It’s Black Friday, it’s ok! We’ve latched onto this because ‘everyone is doing it’ – Black Friday, Cyber Monday, all the days in between, we’re creating hysteria and panic to stimulate the economy. The flip side for retail is that we’re creating a pattern of boom and bust where it’s even harder to get those full price sales in as savvy consumers wait for the discount days.

But alas Black Friday is not our holiday to take. Black Friday is so called as the day that follows Thanksgiving in the U.S. There’s many different sources of the origins but Wikipedia (got to love Wikipedia knowledge) points to the naming by a police department who referred to it as Black Friday from the 1960s because the days following Thanksgiving were notorious with traffic jams and long queues. Others counter that it is the first time in the retail season that profits turn positive, into the black. Some point at the name coming from the time of slavery. Whatever the reason the negative connotations of the words have been noted and many have tried to change them, to no avail. Perhaps the negative phrasing is somehow easier to hold in the memory. Alas those U.S. Brands with presence in the UK, Amazon and Walmart have been drip feeding us these messages and now we’re primed, ready for the next Black Friday. Which also lands, happily, on payday.

And it’s not just the Amazon and Asda of this world. High end luxury brands are discounting in Black Friday via Selfridges, Harrods etc and furthermore announcing stacks of sample sales and sale previews. We’re becoming a discount seeking consumer who is on price comparison websites and looking for loyalty rewards or just waiting for sale. And the smart retailers are trying to keep a balance because once you go to full on discount land, it’s a long difficult road back, and sometimes there’s no way back at all.

In real life, if you weren’t thinking about getting it at full price, why now? Just because the pressure is on. A guy who had battled to get into Tesco yesterday admitted on ITV News at Ten that he didn’t even know what he was looking for. Are we so brainwashed that we’ve left common sense at the door to chase after 20% off? One things for sure, whether in the US or UK we should look at our behaviour. Fighting over TVs is ridiculous. Get a grip, think what you really need, calm down and stop shopping.

If you enjoyed this article take a look at The Men Who Made Us Spend.