“I’ve never had a time when I said I’m never coming back to a festival,” Edith Bowan.

Edith Bowman is a believer in an egalitarian festival society. One which embraces a changing music industry and instills a belief that festivals should be a place that anyone and everyone can go to – pregnant women, families with kids, people who are older, younger, fat, thin, poor, rich, mega famous with a motor home and even the scruffy bloke down the pub. Edith is a genuine festival lover which is why she has penned a book on Great British Music Festivals – I mean, let’s face it, what she doesn’t know about festivals probably isn’t worth knowing. She’s not precious with it though, she doesn’t want to keep you out of the fence if you’re a festival virgin or only appeal to true music fans who are prepared to go for five days without showering as a demonstration of pure endurance to make it to the headline act. “Camping isn’t an excuse not to go to a festival anymore,” Edith says shrugging off criticism of one day festivals. “You can leave any festival after a day so why should it not be called a festival?”

“I’m going to be the naked granny that we saw at our first Glastonbury, wearing just Jesus sandals,” Edith Bowman.

Festival Virgin (sorry Edith)
As a festival virgin, I’m actually relieved by this. I mean, apart from Party in the Park (you know the time when Victoria Beckham sported a lip ring) and two times at Lovebox (Snoop Dog and Justin Timberlake), I’ve just never really been to a festival. So Edith seems well placed to teach me the rules as I joined the audience at Apple’s Meet the Author series on Regent Street where she was interviewed by Colin Murray. I’ve met Edith once before, when we were shooting her for a Style Insider feature and it was such a fun day, she’s down to earth, calm and confident so I knew this interview would be authentic and super cool. If there’s one woman that can induce me into a beer tent – it is Edith Bowman! 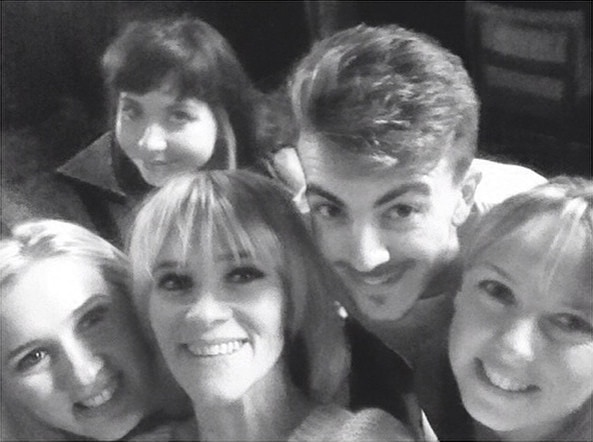 Edith Bowman with the shoot team including me!

“How kids see festivals is how you should see them. Go in there, give your ticket in and leave your worries at the door. Allow yourself to be a child and be silly,” Edith Bowman. 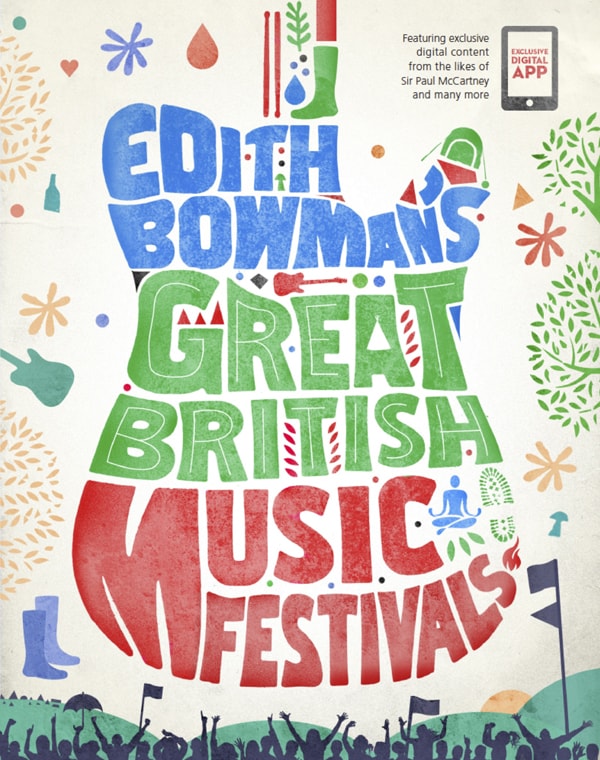 Music Stars
Edith may be a liberal in the festival world but don’t confuse that for her being fluffy, she knows her stuff. Ediths actually been to more festivals than you can shake a stick at, and she has watched the industry shift and grow from the inside. Not only has she interviewed huge acts on camera for BBC TV and Radio but she also sees more behind the scenes action as she is married to Tom Smith of the band Editors. She has talked to industry heavy weights for this book, Noel Gallagher and Damon Albarn just two of the influential music icons who make up the narrative. Edith also has her own backstage snaps which kind of makes your own Instagram snaps pale into comparison with front row or stage right candid moments adding a behind the scenes effect.

“Damon Albarn said when he was headlining Glastonbury he had a moment half way through the set where he realised the power of music,” Edith Bowman.

Marketing Calendar
Given that we now have Glastonbury, Reading, Leeds and V (and that’s just for starters), you can now spend most of the year confidently jetting around from Coachella to Croatia to Barcelona as festivals form a solid part of the marketing calendar. Yep, what to WEAR to Festivals, Great SHOES for festivals, how to survive at festivals without washing your HAIR. Yah yah that kind of thing. It’s not just the marketing world who are making cash from festivals because as Edith says they are lucrative for the music industry too. “The only way bands can make money is through touring and festivals,” Edith Bowman.

“Don’t make too many plans and leave space open. With the British weather, it will rain and you’ll run into a tent and discover an amazing band and new experience,” Edith Bowman. 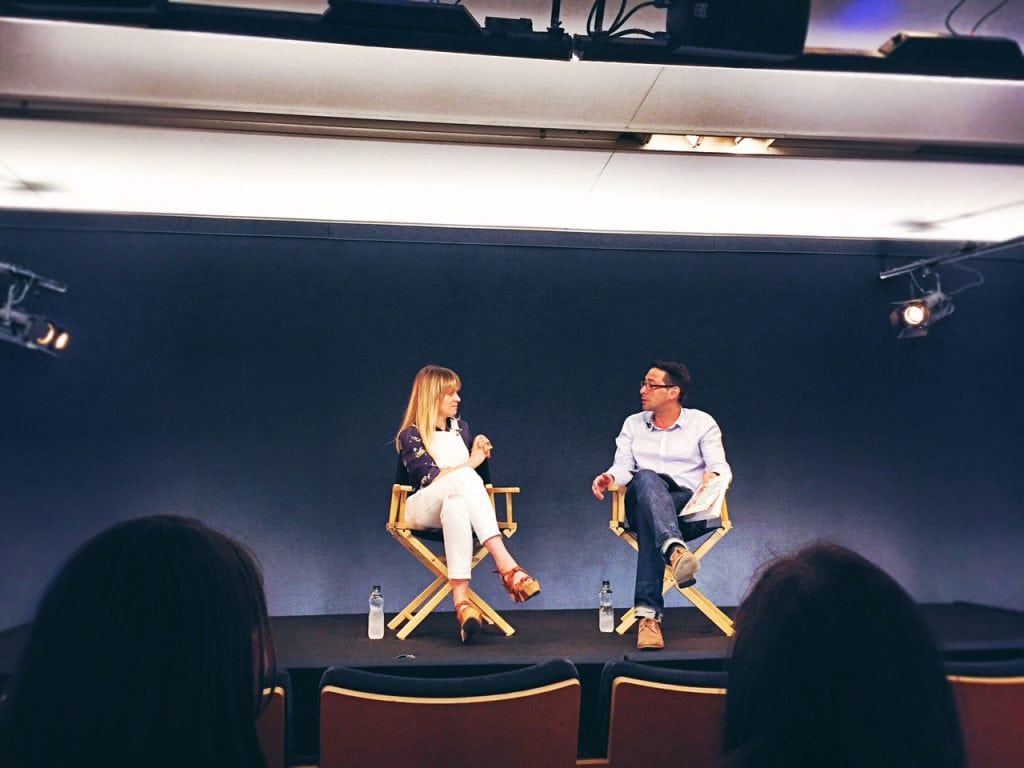 Music Industry
The changes in the music industry have been immense with Edith noting how few festivals existed when she was growing up. Now we are immersed in them and it isn’t just the same festival time and time again, they’ve come a long way. “There’s a festival for every genre and a genre for every festival,” says Edith. Whereas festivals used to be all about the big bands, now they have become an experience, branching out into a community of tents offering different experiences with each having their individual USP and charm. Sets have got bigger and better and more elaborate but even then, as Edith says, a band like the Arctic Monkeys don’t need anything, they’re more authentic with no set at all. “People get paid less that you think to play at Glastonbury, maybe more at Leeds or Reading,” Edith reveals.

“Festivals had to become commercialised to survive, it was either put up the fence of don’t have Glastonbury,” Edith Bowman says about the changes at the legendary festival.

Behind the scenes
Edith is in a privileged position to share many exciting moments backstage and talked about her memorable moments interviewing the ‘colourful’ Primal Scream who ripped the headline act to shreds live on TV. But it is those moments that clearly make it for her. She sees more than most as also being married to a band member, so knows clearly that the over the top demands for gigantic trailers filled with peonies are mainly made by the tour manager. She’s ticked off some huge achievements off her list but she still feels like she has more to experience, starting off with Fleetwood Mac at Isle of Wight this year. Would she change anything? “I would ban the inverted bungee jump,” she laughs. One things for sure, festivals are in her blood, let’s get a ticket and join her shall we?

Read Next – Kinvara Balfour Interviews Charlotte Tilbury at Apple’s In Conversation With series.