Mary Katrantzou is fashion dynamite, the Greek born designer has taken the world by storm with her daring prints and sculpting feminine forms. I was lucky enough to join the audience at The Industry’s latest talk at Conde Nast College last night when she was in conversation with fashion journalist Davina Catt. Katrantzou is a woman with a keen eye for business, adapting seamlessly to modern challenges and moving from a commercial wholesale model into strategic collaborations and now into new territory with an ecommerce platform to continue to grow her global business empire. Here are the top ten business tips from fashion designer Mary Katrantzou.

Now a plan is one thing but Katrantzou is adamant she has, “never been someone who sets huge goals.” There’s certainly something to be said for being flexible, as she notes that she went into the business she didn’t even know if it would be commercially viable. But commercially viable it has been and now the wholesale business is launching an ecommerce platform. As for the future, she confesses; “Your vision shifts. I love that I don’t know where my company will be in ten years time. I love the uncertainty, hopefully good uncertainty.”

It takes more than a flexible business plan and good luck to get to be an internationally renowned designer, and Katrantzou admits to putting the hours in. “You have to be extremely focused and extremely hard working. I don’t think anything happens from talent alone.” Fashion is certainly no place for the faint hearted, all a lot more glamorous on the outside than the inside as Katrantzou agrees “Like a duck, on the surface it’s super calm and underneath all the work is going on.”

The interviewer Davina Catt asked about Katrantzou’s fearless change in direction away from her famous prints and she joked; “She moved away from prints. Fearless!!” She continued; “I felt strategically it was the right time and a natural evolution to move on from prints. The deviation wasn’t that far but you do want to feel liberated as a designer.” An important lesson in fashion, while it is tempting to stick with a product if it is working, is to know when it is time to move it on.

In shaping your career it can often be influential people who help along the way. For Katrantzou she felt like the odds were stacked against her. “I’m not a guy, I’m not a designer, I’m not British, there were so many things against me.” But after her MA she still had support which was incredibly important in building her confidence up to start her own business. Katrantzou said “I was lucky to have Professor Louise Wilson as a mentor. Without her I would never have had the confidence to do any of that.”

If you are a creative type you probably get overwhelmed with ideas and want to do everything immediately. This is normal, and a feeling Katrantzou knows well. “When I started I was worried I would run out of ideas or that someone else would do it first.” But now the ideas might morph into something else, or are so unique she knows no one else will think of them. “I realised no would come up with dresses as perfume bottles anyway.” The message is take your time as she adds “You’re not running a hundred meter race, it’s a marathon.” So true.

6) Collaborate (when it’s the right brands)

Katranzou has also been the perfect designer to work with for collaborations and not just for obvious fashion ventures. She’s teamed up with Top Shop to bring her iconic prints to the mainstream and Adidas to take her brand mainstream. However don’t be fooled into thinking she takes these link ups lightly. “I’m not really a fan of collaboration for collaborations sake. Having an incredibly supportive team allows you to do commercial projects, or collaborative projects. I felt that when I did Top Shop I felt my designs had already gone into the high street. At first with Adidas we said no but it can reach a kind of democracy as it is global. The collaboration with the New York City Ballet it’s a meeting of two creative minds.”

7) Social Is Part Of You

Some luxury brands and designers have eyed social media with caution, but Katrantzou embraces all the possibilities. “Social media is so much a part of what I do. I’m from the generation where it’s always been there so I wouldn’t be able to take social out of it. It would be impossible. It’s part of my creative process and I can see how people react, it’s very visual for me.’ She has 168k followers on Instagram and 61k on Twitter and takes note when people comment or what they like the most. Katrantzou says ‘I had one woman who said to me I had the most Instagram likes EVER, and I was wearing your dress.’ It just goes to show how influential social media can be and how well it can work within creative spheres.

Fashion changes and as Katrantzou notes; “Women are a lot more travelled these days – I don’t think of myself as maximalist but perhaps one day you’ll want to wear a minimal look, the next day sportswear. All these options are so more open now. A lot more is accessible.” She also talked about trends saying; “Things happen in consecutive seasons. I did something one season in black and white but nobody really got it. So I don’t think they would have got the season with symbolism. The fishbowl dress was tame compared to lampshades, and everyone was ready for that.”

“I feel like I spend half the year recruiting.” Katrantzou joked about her 55 strong team.  She believes in promoting within revealing “My team have to be great people that grow with the business. I’ve got a sales agent, well I had a very good intern. He was our intern, then our head of interns, and then our sales and now he’s our head of sales.” Creating a strong brand is all about the people and how they communicate your vision, keeping it in-house and nurturing talent is a good way to grow a strong team. 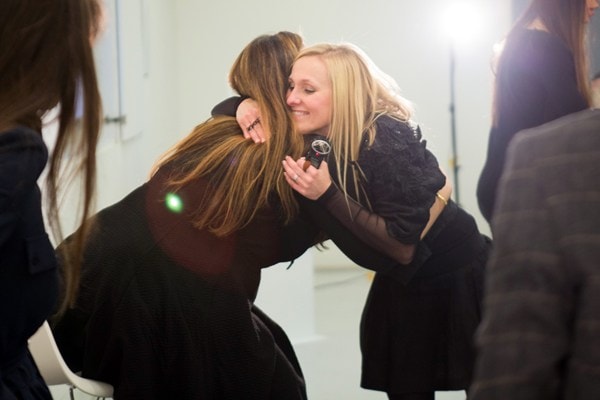 After working to a traditional wholesale model, Katrantzou is taking steps into retail with a transactional online platform MaryKatrantzou.com which she says; “We could have done retail but that ecommerce platform allows you to have a place to talk.” Katrantzou will continue to wholesale; We want our customers to go everywhere and buy from everywhere.” But it won’t just be a standard selling platform as it will integrate special archive pieces, content including history of the brand, videos and exclusives. She acknowledges; “We have pieces that are couture – for example one dress was three pieces of lace and it took 86 hours to make, it is seamless. If we put that online it can sell as it’s an extension of your brand offering and because we don’t have a retail outlet yet.” 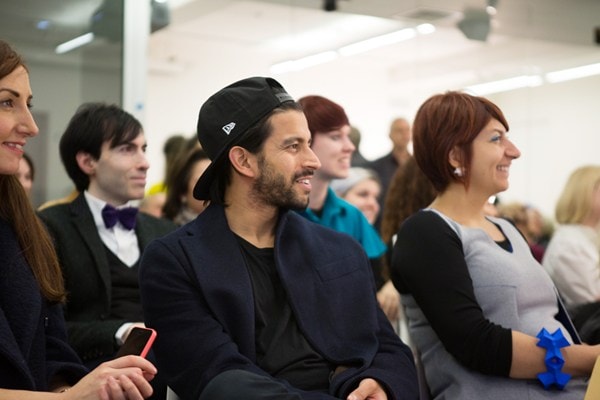 With thanks to The Industry London and Mary Katrantzou. Read Next: Social Media the New Fashion Trend: