NAKED FEATURE – Fake It Till You Make It – How Important Is Image? 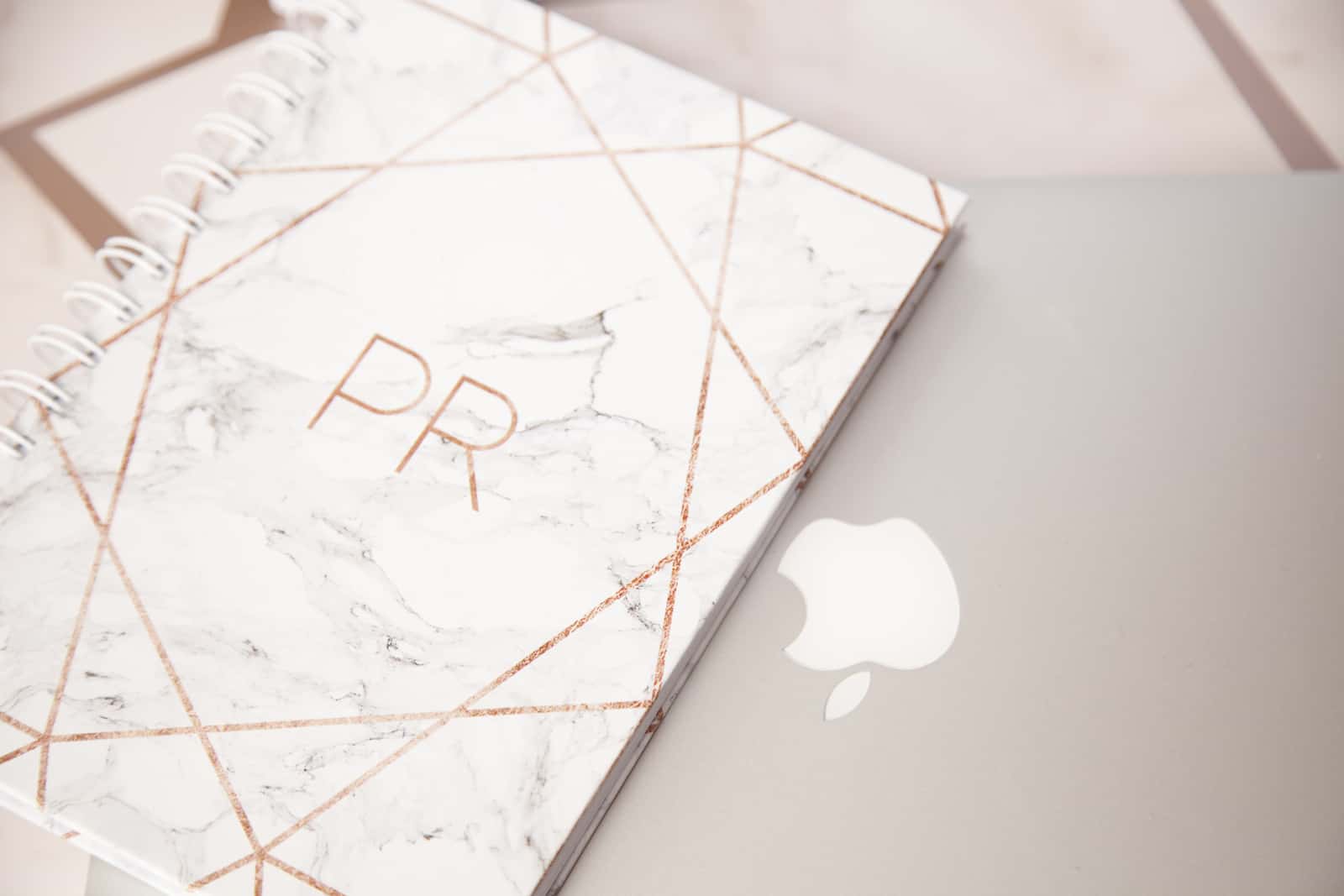 Image is a complicated thing. On the one hand – it is revered higher than anything else. But sometimes we loathe our addiction to it. Why does it matter what someone is wearing if they’re doing a good job as we asked last summer with the ‘Downing Street Catwalk’? Or is it simply image is integral to each person, like it or not? How important is your image to you? To your company or your brand? How many times have you been silently assessed? Smart, casual, messy, sexy, ugly, intelligent. How many people have been hired for the right reasons and how many for the wrong?

“Fashion is not something that exists in dresses only. Fashion is in the sky, in the street, fashion has to do with ideas, the way we live, what is happening.” Coco Chanel

I personally don’t believe that image is the be all and end all. You’re not the Prime Minister just because you dress for the job. Neither are you exempt from NASA by wearing a terrible blazer. However, my own argument starts to fall down when I consider that along with my fashion friends I have often swapped notes on, to put it bluntly, faking it until we make it. Or as I prefer – dressing for the job you want not the job you have. It sounds a little hard faced to say it out loud. We’re not exactly scrapping for the top job on a corporate ladder with our stilettos in hand as we beat everyone down. More like, we’re hyper aware of what is expected of us, and what impresses in the visual or creative field.

‘I don’t want a politician who’s thinking about fashion for even one millisecond. It’s the same as medical professionals. The idea of a person in a Comme des Garcons humpback dress giving me a colonoscopy is just not groovy’ Simon Doonan

Makeovers or indeed rebranding is quite common – particularly successful say in Margaret Thatcher’s case where Saatchi overhauled her look and voice to be ready for the top job. And in this particular case it worked. We’ll never know if she would have become PM without it, but we do know she had to have the substance to back this up. The whole look was an exaggerated look of her own creation anyway – they were enhancing and strengthening it – she still had the brains carry the whole operation through – not exactly a puppet. Her clothes became her armour as she is quoted in the Telegraph

‘I have to be in my Sunday best seven days a week. If ever I wear something old and not very nice, you can guarantee that would be the day someone important came to see me.’  Margaret Thatcher

We are entranced by a makeover – that a few simple tweaks might be life changing. The fairy God Mother using her wand to turn Cinderella’s rags to a ballgown and a pair of glass slippers. Beautiful ‘it’ girl Cher Horwitz making over hapless Tai in Clueless. Melanie Griffiths in Working Girl transforming herself from trainer wearing secretary to shoulder-padded 80s power woman. It’s right up there with dusting yourself off and starting again, or carrying on. We love a drastic change – Sophie Dahl from plus size to waif, Renee Zelleweger from Bridget Jones and back again. Jake Gyllenhal beefing up for the boxing ring in Nightcrawler or Matthew McConaughey slimming down for Dallas Buyers Club. Does this show that your image is directly linked to the person you are and the life you lead?

“No. It’s simple, elegant, yet makes a statement. Says to people: confident, a risk-taker, not afraid to be noticed. Then you hit ’em with your smarts.” Tess McGill, Working Girl

Consider those real life chameleons – Victoria Beckham has had a particularly successful career which hasn’t been without its wrong turns. From the Spice Girls where she was ‘Posh Spice’ with her LBD, sharp bob and permanent pout, then trying to find her solo path a la nose ring, PVC (yes remember Out of Your Mind?), WAG spotted supporting Becks in long blonde extensions and tight dresses and finally finding her niche in fashion design. She is her own muse, super skinny, chic and sophisticated – she defines one half of Brand Beckham. Can you imagine her being a top fashion designer and still wearing a TOWIE style perma tan with lycra? That’s not generally how one winds up on the cover of Vogue.

‘Cher’s main thrill in life is a makeover, it gives her a sense of control in a world full of chaos.’ Dionne Clueless

Speaking of Vogue, a lady who is beautifully defined by their image is Anna Wintour, US Vogue’s Editor in Chief is defined by her uniform which she been faithful to. Imagine the furore if she rocked up at Conde Nast with anything but her razor sharp fringed bob, shades and designer outfit. She’ a fashion power-house and it goes with the territory. Karl Lagerfeld is another such high fashion example with his signature black and white look epitomising his brand.

“You either know fashion or you don’t.” Anna Wintour

Perhaps this is why in fashion we are forced to show that not only do we ‘know’ fashion but that we’re cool. We are so conscious of what our clothes say and how they are perceived that we try extra hard to look like we have just rolled out of bed and that we have tried harder to seek out a uniform or a look that is extra special. ‘Oh this old thing, I found it in a vintage store.’ Men are not exempt from this. Consider those men who’s public image shapes and defines their brand, their career. From George Clooney and those smart suits, Liam Gallagher and that unkempt hair, David Beckham and those career defining blonde locks and sculpted abs, Elvis Presley and those swinging hips and gigantic quiff, Simon Cowell and his trademark high waisted trousers, Zuckerberg and his hoodie. These men have inspired generations, in good ways and bad in their style, fashion and attitude.

‘Sometimes I sing and dance round in my underwear. Doesn’t make me Madonna. Never will.’ Cynthia, Working Girl

We also (thankfully) applaud difference so perhaps authenticity is really the key. Think of fashion rebel Lady Gaga – her image is almost more famous that her music. She swaps nearly naked for meat dresses in the flick of an eyelash. Would she have achieved this level or worldwide fame if she wore jeans and a tee and looked completely normal? I also would love to know if the beautiful actress Blake Lively would have had the same confidence and thus the same success if she had not had a nose and boob job? We will never know.

‘I think there is beauty in everything. What ‘normal’ people would perceive as ugly, I can usually see the beauty in it.’ Alexander McQueen

There is also something to be said for tribes. Diametrically opposed to the style rule breakers are the conformists. Going to work in suits which their corporate environment dictates or say wearing overalls in a garage, or even having a group of friends and all identifying with each other and dressing the same (how many times have you seen an identikit group of blonde hair styled the same and clothes so similar you can’t even tell them apart). Indeed even dressing down and being super casual could define you if you were clocking in everyday at a company like Facebook. Finding your tribe or group can make you feel comfortable and outwardly creates a strong external brand.

‘Ok, I see. You think this has nothing to do with you. You go to your closet and you select, I don’t know…that lumpy blue sweater, for instance because you’re trying to tell the world that you take yourself too seriously to care about what you put on your back. But what you don’t know is that that sweater is not just blue. It’s not turquoise, it’s not lapis, it’s actually cerulean. And you’re also blithely unaware of the fact that in 2002 Oscar de la Renta did a collection of cerulean gowns. And then I think it was Yves Saint Laurent, wasn’t it, who showed cerulean military jackets? I think we need a jacket here. And then cerulean showed up in the collections of eight different designers. And then it, uh, filtered down through the department stores and then trickled into some tragic casual corner, where you no doubt fished it out of the clearance bin. However, that blue represents millions of dollars and countless jobs and it’s sort of comical how you think you made a choice that exempts you from the fashion industry when in fact you’re wearing the sweater that was selected for you by the people in this room from a pile of stuff.’ Miranda Priestly, The Devil Wears Prada

What has for a long time been an industry where clothes were created behind the scenes, shown on a runway and written about in magazines demonstrated by beautiful models has been turned on it’s head. Now everyone working in fashion are front of house. Fashion Editors at LFW are being photographed – if they’re lucky. Editors are hosting parties, giving speeches and wearing the clothes. And bloggers have taken the whole industry and moved it back to the street. Normal, yet beautiful and stylish girls have excelled in the social media democracy and are gathering pace, becoming celebrities in their own right. Whether you are in a creative industry or not, you should consider your image but there’s no point trying to be someone you’re not. Most importantly don’t get sucked into the designer fashion vortex – keep your feet on the ground. Wearing head to toe couture and being bankrupt is not the aim. However, make your brand authentic to you and it will always be with you.

How important is image? Are you ready to be a brand? Read this to check out your next steps!