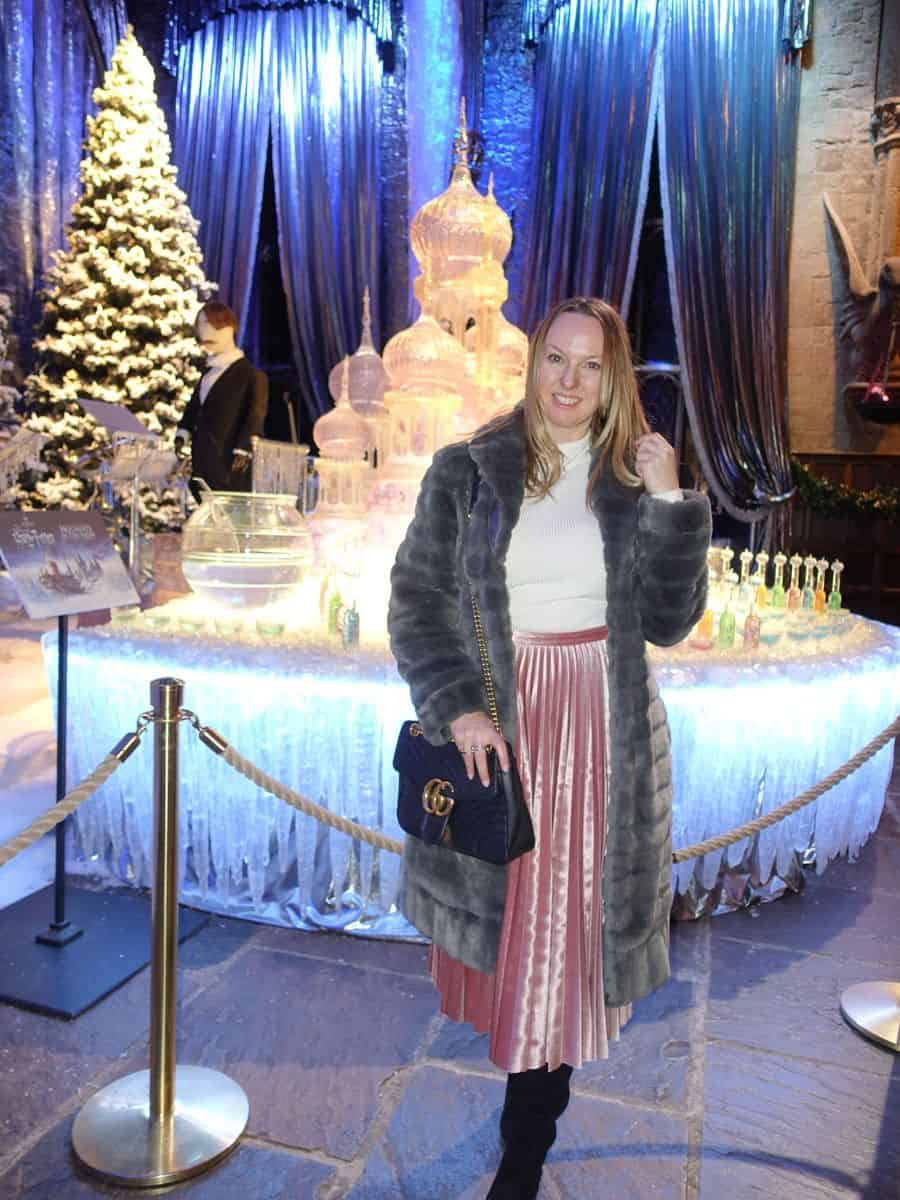 The Harry Potter Tour at Warner Bros Studio has been on my list since it opened. I loved reading the books soooo much and not only did I write a lengthy feature called ‘Marketing and Magic’ in my University newspaper, but I also wrote my English dissertation on Harry Potter. Thanks to The University of Leicester for indulging me! If you want to go and see the sets including Gringott’s Bank and Snape’s Potions Room, the costumes, the special effects and even fly on a broom, check out my guide to this magical studio tour.

Tickets
The tour is is a tricky one to get hold of and requires planning with tickets booked well in advance. They do change up the tour to add seasonal extras so I wanted to go to the Hogwarts in the Snow tour sooooo much but the tickets were all sold out. That was until I checked randomly one day and some had just appeared. Go figure. You can book different time slots and just keep in mind how long it will take you to get there.

Getting there
Harry Potter is out of London, in Leavesden, but it is easy from London. Just travel to London and pop on a quick train to Watford Junction. At Watford Junction you can get on a Shuttle Bus to the studio – which kind of feels like getting on the Night Bus – and is just £3 each way. It takes about 15 minutes on the Shuttle Bus to the studio.

Getting In
It was super easy to get into Harry Potter – no queues when I went – and as soon as you walk in, you have a choice of cafes plus there’s a giant dragon on the ceiling. You’ll have booked a tour time, but as long as it is roughly the right time, you can wonder through.

The tour
The tour starts with a cinema experience which goes behind the scenes of making the films with loads of the actors from the films including Daniel Radcliffe, Emma Watson and Rupert Grint. At the end of the film, the screen goes up to reveal the Great Hall – OMG! It is absolutely fantastic was all dressed up for Christmas when we went in. You don’t have long here before you are ushered to the next room so take pictures and videos quickly.

The first sets
The next room is all your favourite sets including the Hogwarts stairs, Snape’s Potions Room, Dumbledore’s study, Hagrid’s hut, Ministry of Magic, the Weasley’s house and Hogwart’s bedroom. The level of detail is incredible and you can take photos and videos of all the exhibitions.

The Forbidden Forest
Yikes…this is pretty special actually. The forest is spooky and dark and all of a sudden you’ll be surprised by giant spiders descending from the ceiling. I mean, I’m scared when I just see one in the bath!

Hogwarts Express
This full size beauty is gorgeous! You can take photos in front of it and you can go inside and see all the carriages. Next to it is the legendary wall with the Hogwarts trolley in front of it. I think this was the busiest part for people / kids etc so be patient.

The outside
It was raining on the day we went so we didn’t linger outside. If you go on a nice day, you can see Harry’s home on Privot Drive, the bridge from Hogwarts where Neville stands in the final film and also the Night Bus.

Diagon Alley
This is so perfectly created it is incredible and you just feel transported to Diagon Alley. You’ve got Weasleys’ Wizard Wheezes, Ollivander (the best wand shop) and Flourish and Blotts. You can’t go inside, but you can take photos outside the shops.

Special features
The new set for 2019 was Gringott’s Bank which is phenomenal and so beautiful. There are two sets, one in all its glory and a second one which has been destroyed by dragon fire (the special effects are amazing). They also have the Lestrange’s vault where Harry, Hermione and Ron go to search for a Horcrux. There’s stacks of behind the scenes on the special affects for the goblins and Dobby the House Elf. Right at the end you’ll see a beautiful Hogwarts model which was all snowy when we visited.

The extras
Now, if you’re taking kids, there are plenty of opportunities to add extras on – for example you can have a photo on a broom but you need to pay for it. You can pay for a photo and a video but you can’t do this on your phone. Instead you’ll have to pay like £15 for a photo and more for a video. Ouch. Especially if you have two or three children. You can also buy a wand, a hat, a scarf, you name it, it can really add up so be careful.

Food
So as I said there are food halls and small cafes at the entrance. The food hall has sandwiches, soup, meals, and drinks too. There is another cafe halfway round called the Backlot Café which is like the Harry Potter equivalent to the IKEA cafe and serves Butterbeer and things like Hot Dogs and burgers. There was also a little cafe called The Frog Cafe which served chocolate frogs and Harry Potter inspired sweet snacks with tea and coffee.

I think the total tour took 2 to 3 hours and I’ll definitely be going back.
Book tickets here.