I am not exaggerating when I say visiting Parliament was like Christmas for me. I studied UK Government & Politics at A Level and was just fascinated by our brilliant but bonkers system. Like, we have a Head of State, the Queen, but with such limited powers…but we just like it… We STILL a few people sitting in the House of Lords who are just, ya know, there because their great grandfather was a Lord. We have delicious traditions like Black Rod who on the day the Queen opens Parliament, goes to the House of Commons, only to have the door slammed in their face. They then must knock on the door to let the MPs know to pop through to the House of Lords. All in the name of tradition! 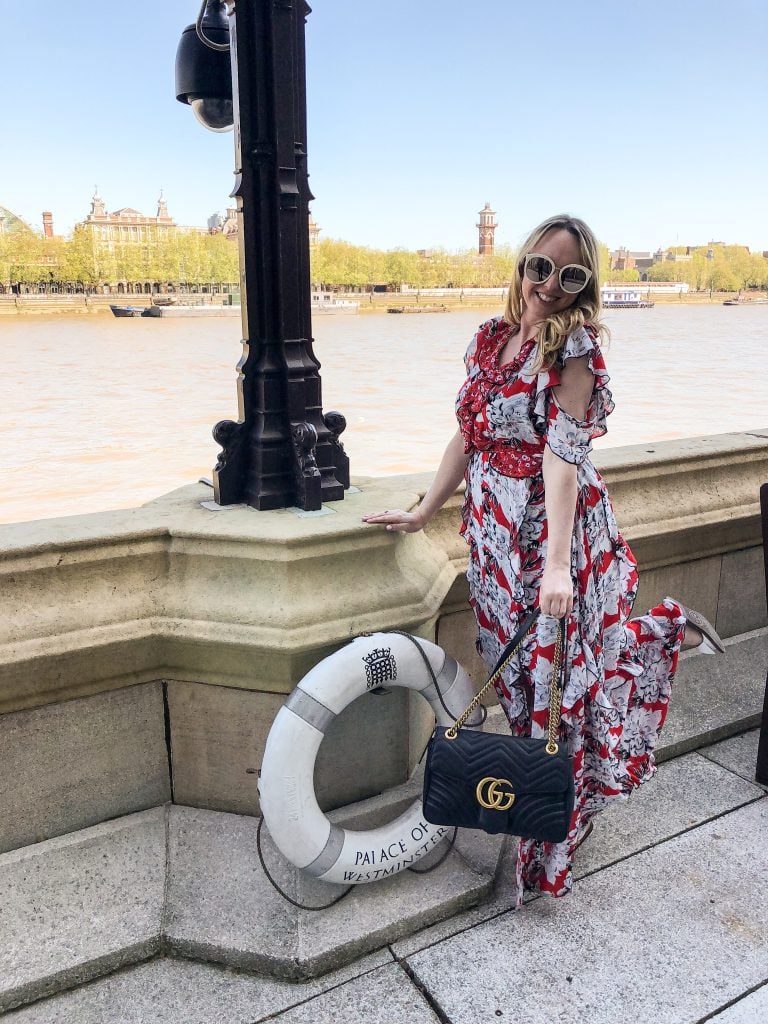 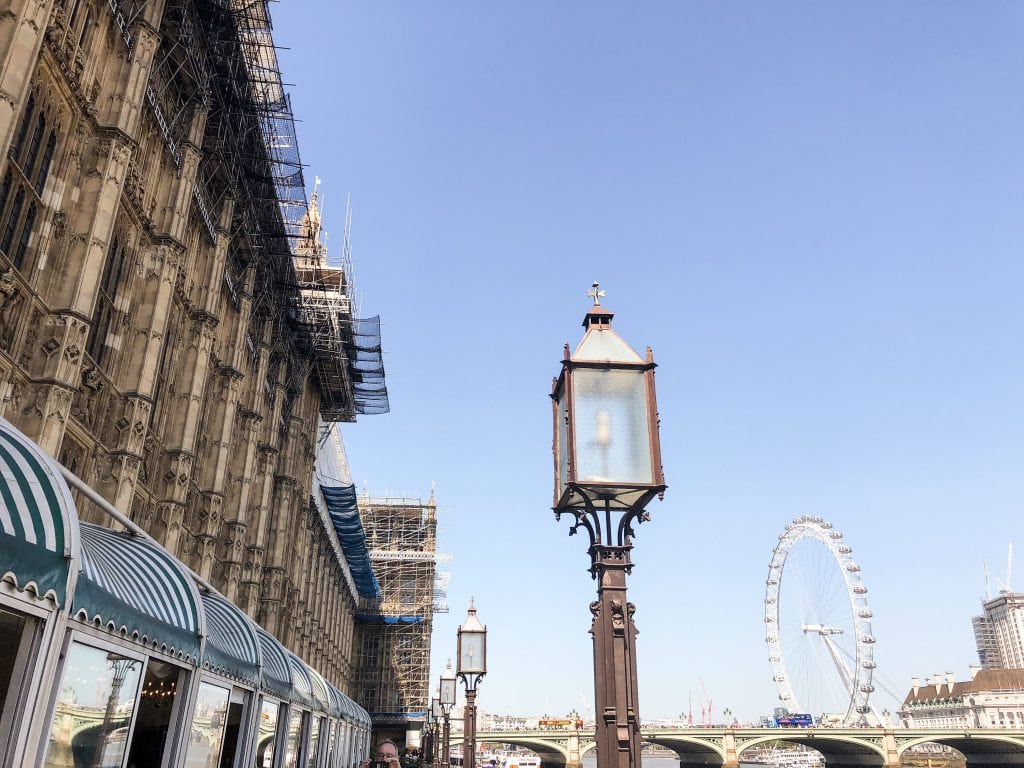 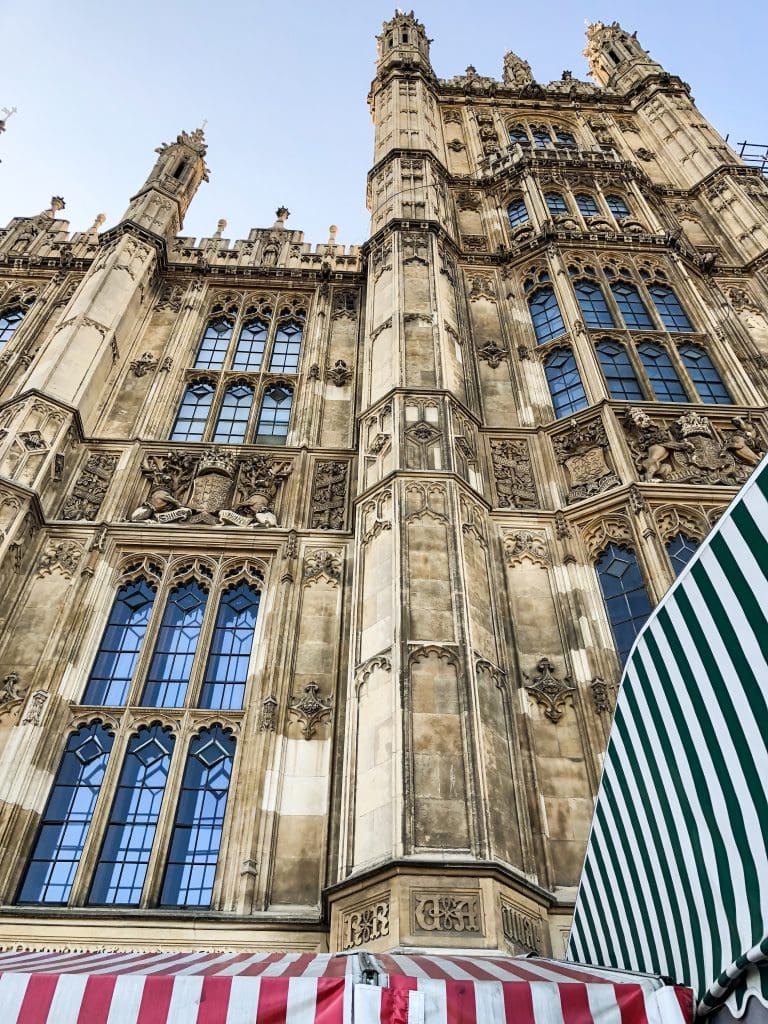 I was invited by Visit Parliament to experience their Guided Tour on a Saturday when the Members of Parliament and Lords are all off, doing their gardening and doing a spot of yoga, so it was access all areas (apart from the Bars – someone please get me into the one of the Bars). We already know that Big Ben is a bit bongless at the minute, encased in a scaffolding tower, he’s defo looked better but it is all in the name of restoration. 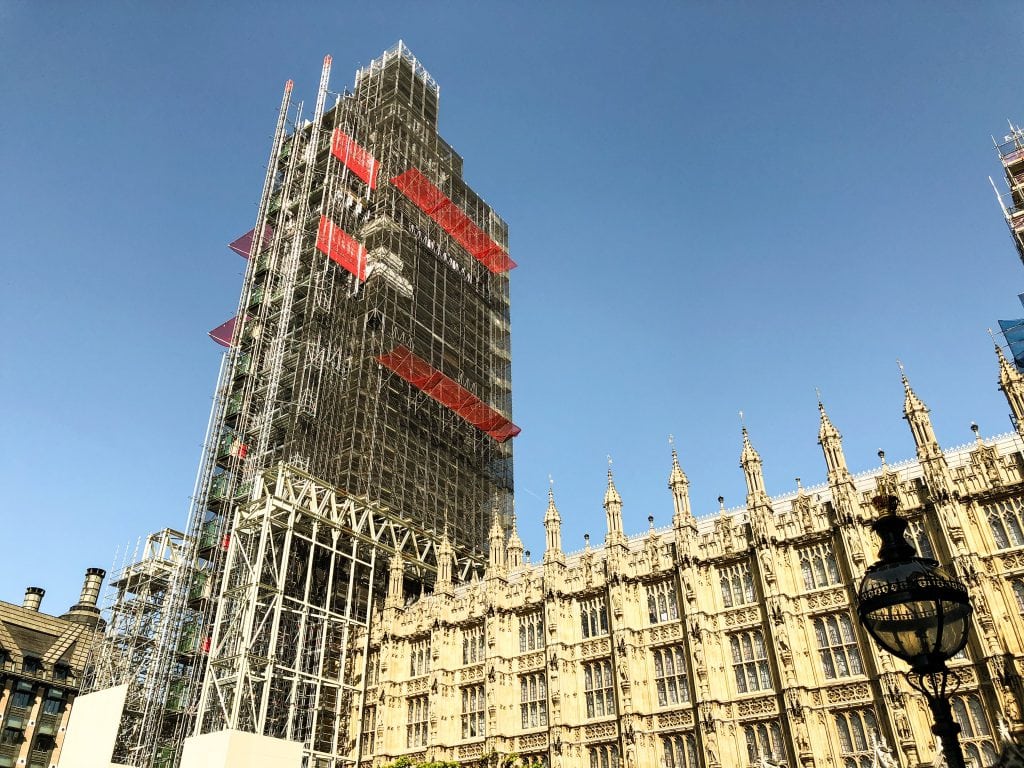 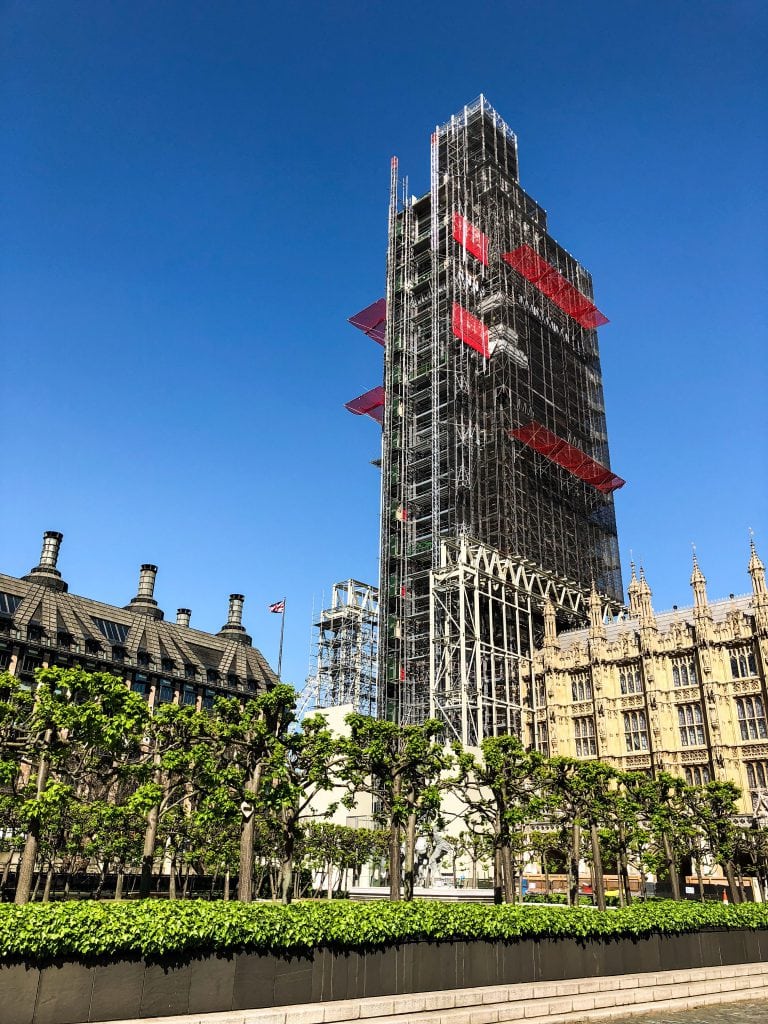 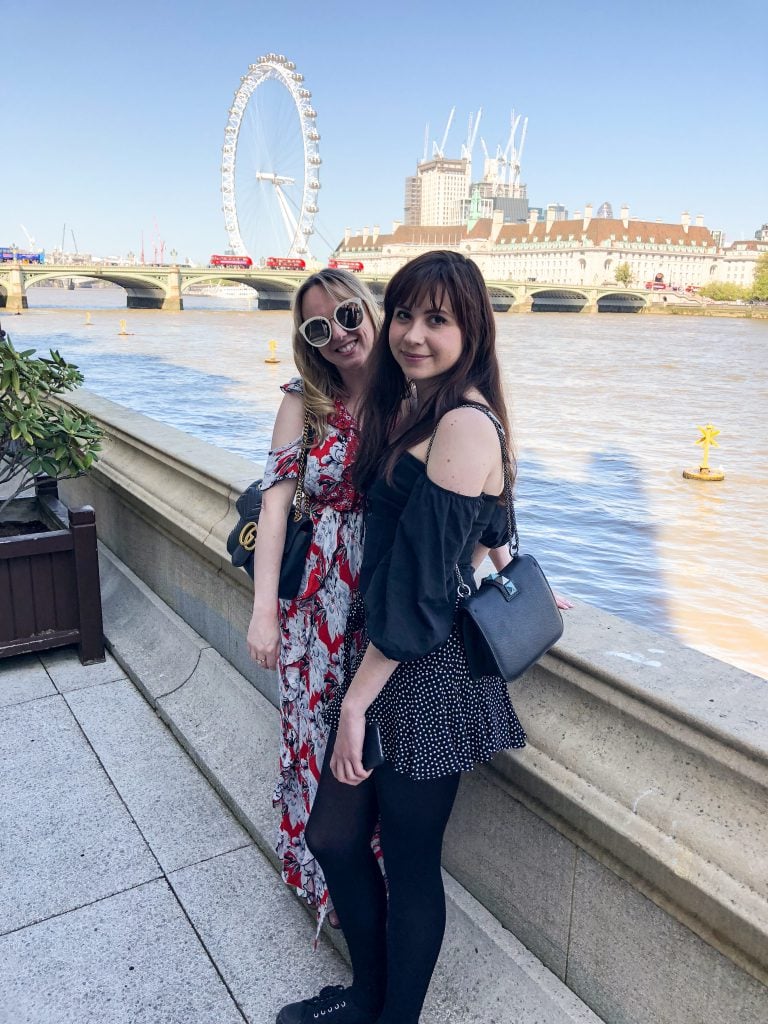 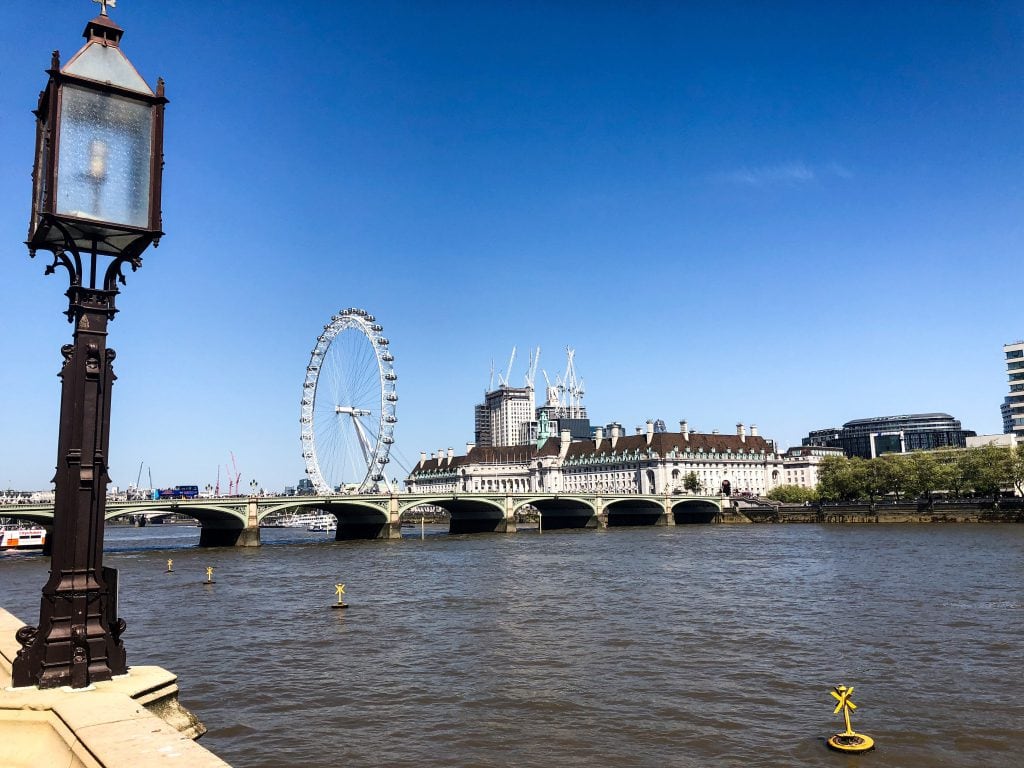 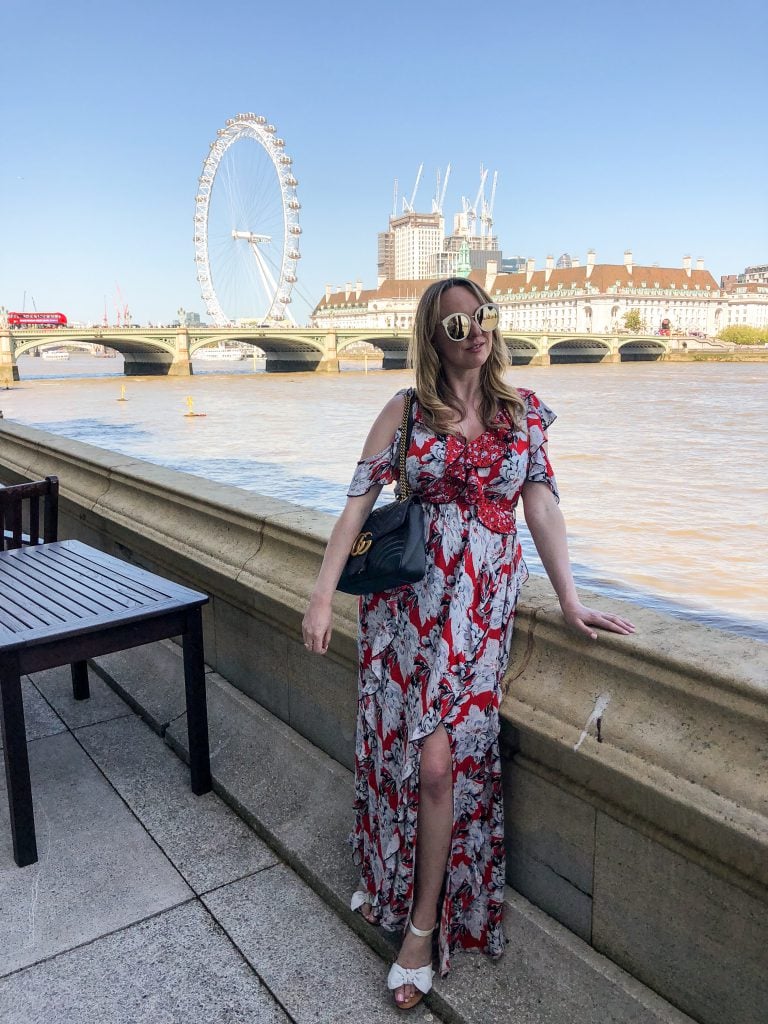 THE TOUR
I was surprised to find that the Houses of Parliament is slated for its own refurbishment from 2025 (which sounds SO far away but is only in seven years’ time) which will see everyone move out for six years while they fix essential shiz like the plumbing. So if I were you, I’d go and see if while you can!

The guided tour starts in Westminster Hall (which I have been in before on Open House London weekend) and you are efficiently herded into a group of about 20. It is all done with military precision so even with about three tours going on at the same time, you never feel crowded. Our guide was really friendly, remembered where everyone was from, and gave us a mini grilling about who our MP was (and rightly so!). 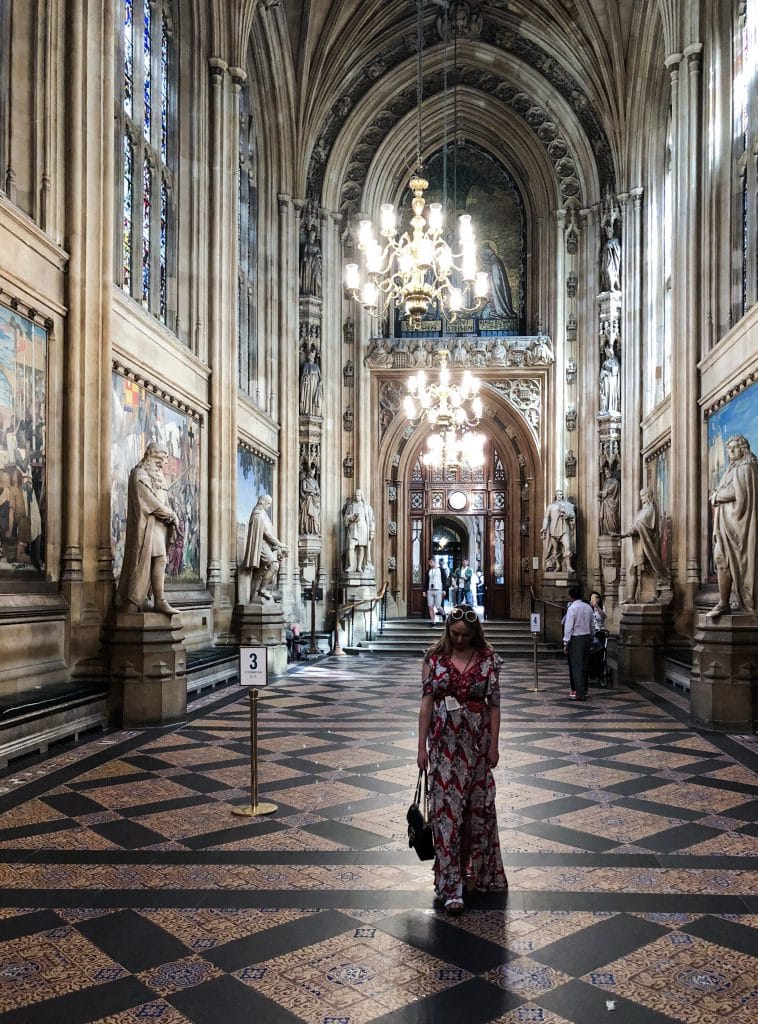 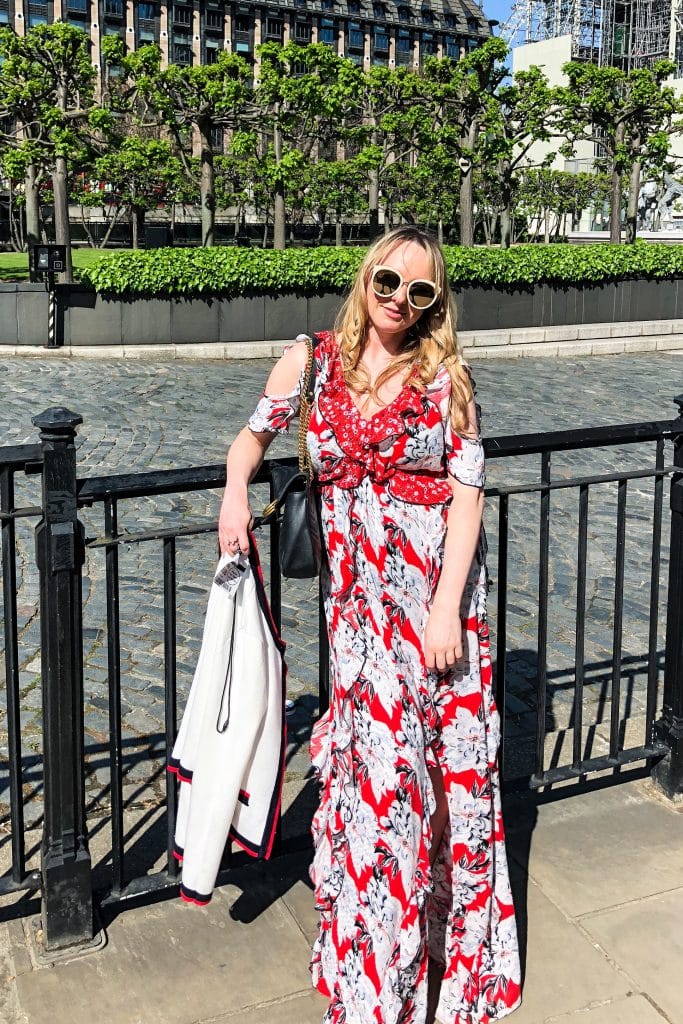 ROBING ROOM
As I was so excited, I had purposely not thought about where the tour would be or definitely didn’t dare to dream about where we would be allowed access to so my socks were well and truly blown off when we started the tour where the Queen usually comes in (oh yes) and into the Robing Room (so called because this is where the Queen, erm, puts her robes on).There are no words which can sufficiently explain the grandeur of this room with the high intricate golden ceiling, magnificent ornate fireplace. I imagine the Queen must really enjoy being here! She is accompanied at State openings by Prince Philip normally but the last one, Prince Charles joined her instead due to his retirement. 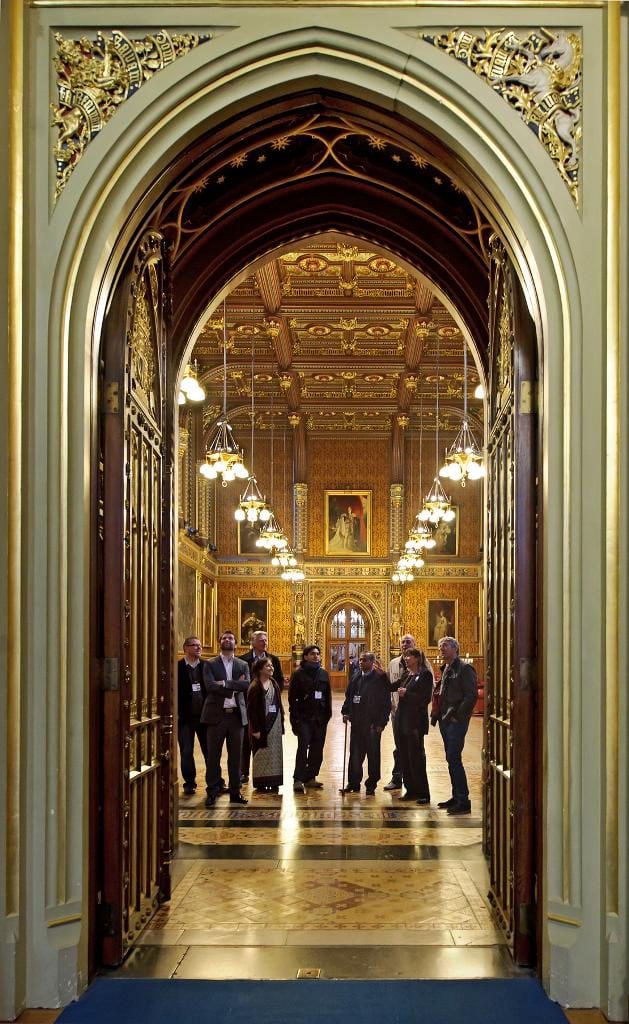 ROYAL GALLERY
The Royal Gallery is a long and impressive room with humongous paintings of The Battle of Trafalgar and The Battle of Waterloo (try even thinking about that without singing the Abba song). 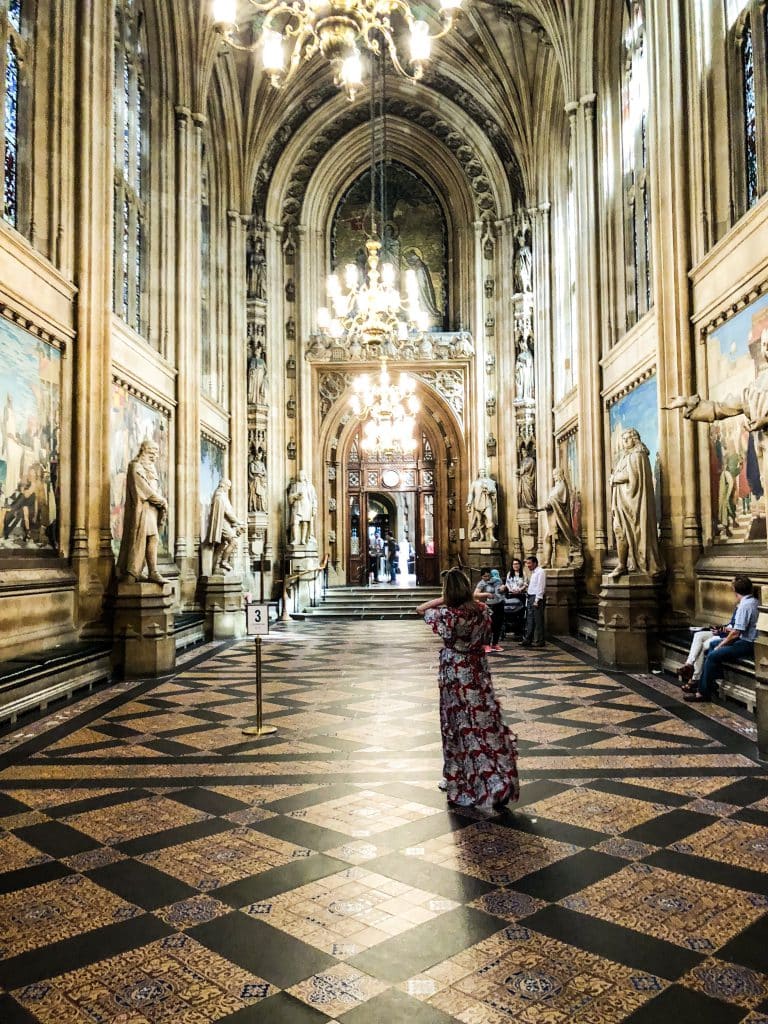 HOUSE OF LORDS
After that, you reach, DEEP BREATH, the House of Lords Chamber! This is THE room where the House of Lords sit, where the famous Woolsack is and also where the Queen’s stunning, and very regal, wood carved gold leaf throne is for the opening of Parliament. The throne really does take your breath away which took years to design and build by architects Sir Charles Barry and Augustus Welby Pugin, I think this is the jewel in Parliament’s crown with details of the Royal Standard glistening and standing in perfect symmetry (as the house itself). 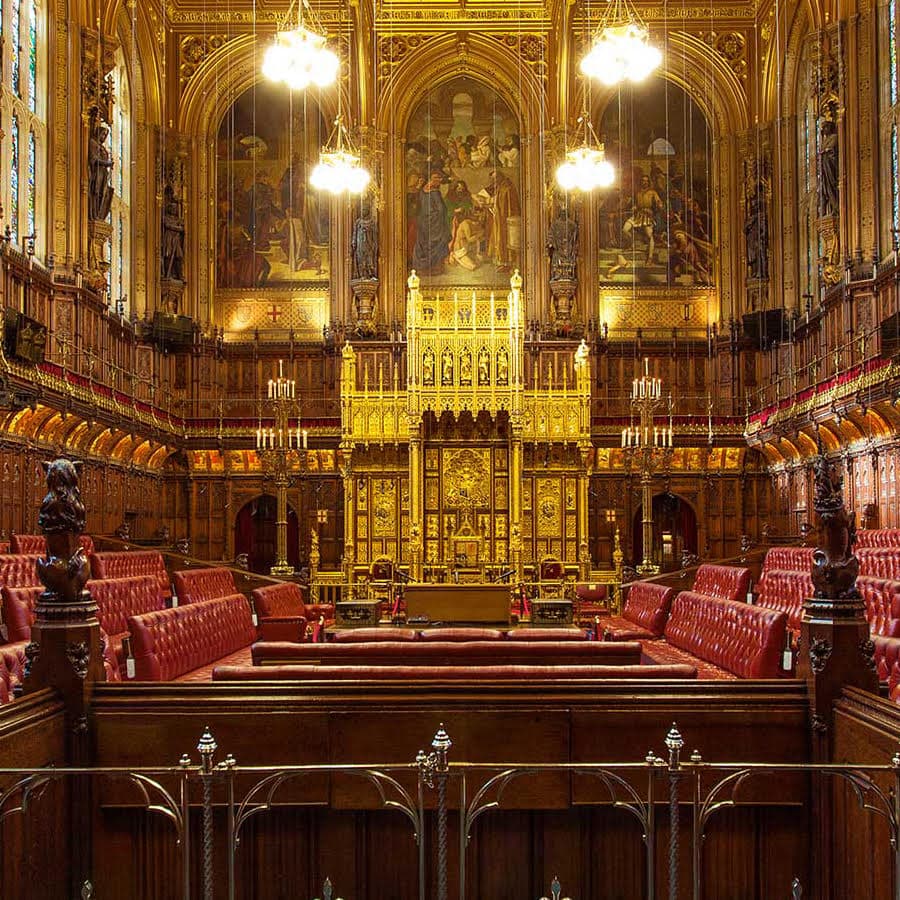 PRINCES CHAMBER
This smaller room has paintings up high of the Tudors and the Stuarts. If you know your history, you’ll know this was a pivotal time for British history, most notably because Henry VIII decided to have SIX wives and his intention to divorce Catherine of Aragon to marry Anne Boleyn, ultimately ended in Henry divorcing the Pope.

Members LOBBY
This is so memorable because of the lifelike statues of the iconic Prime Ministers; Winston Churchill, Clement Atlee, David Lloyd George and Margaret Thatcher. The Churchill Arch was bombed in WW2 and has been purposely left looking a little damaged as a reminder of wartime hardships. 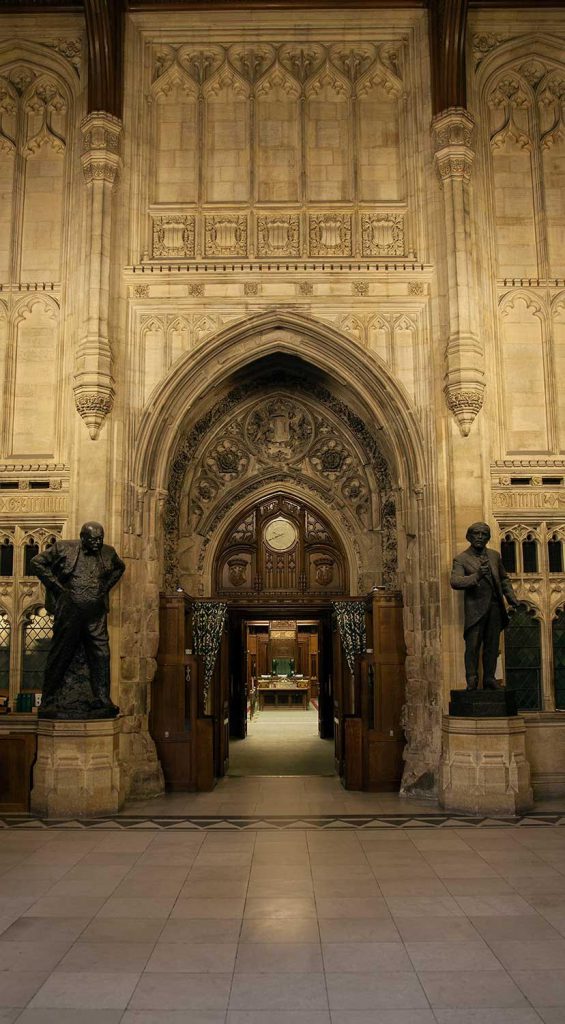 HOUSE OF COMMONS
Mirroring the House of Lords beautifully, the House of Commons differs in the more worn green benches and instead of the Queen you have the Speaker’s Chair. It seemed a little smaller than on TV but mesmerising with the galleries up high for press and guests and mini microphones hanging from the ceiling to capture every word. Did you know Parliamentary records are kept and it is called Hansard! 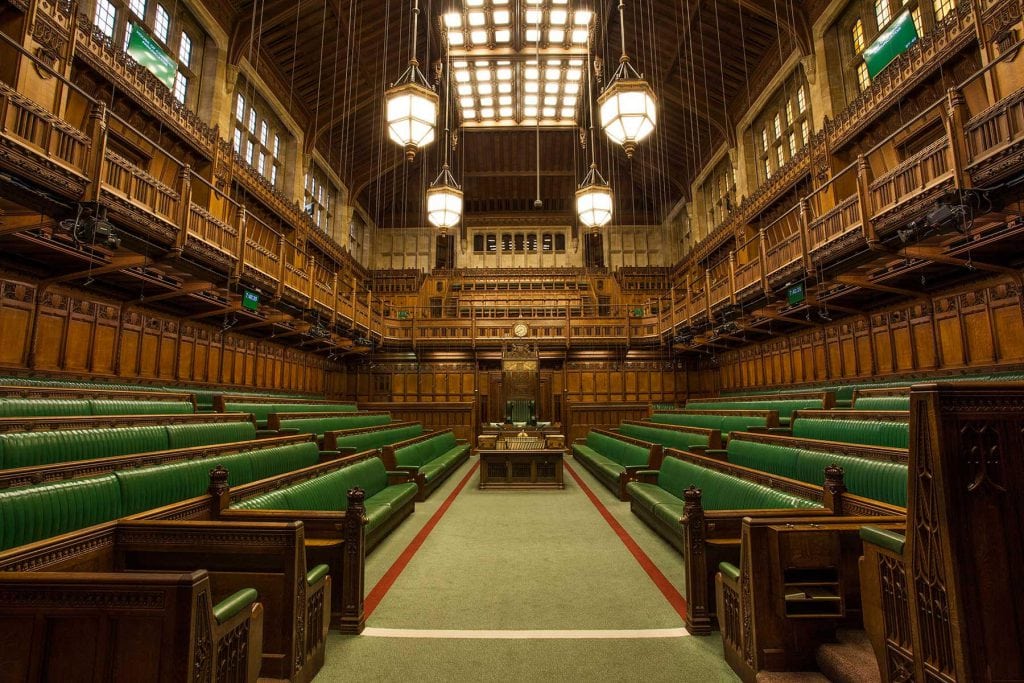 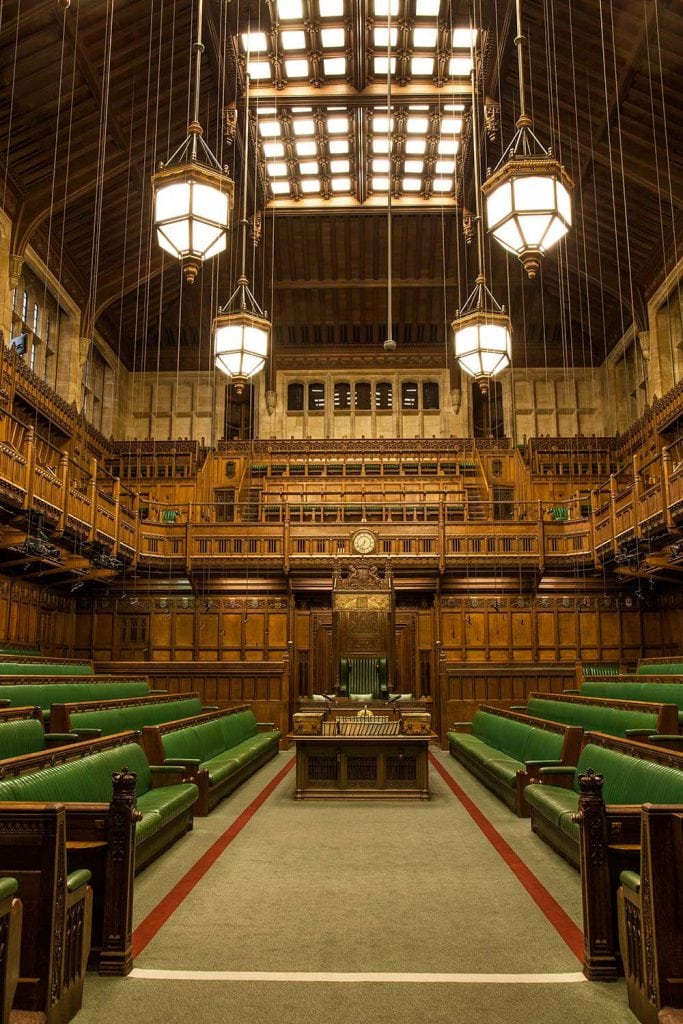 AFTERNOON TEA
I finished this epic visit with the most delightful Afternoon Tea which looked out onto the Thames – how lucky the MPs are to have this view! We feasted on aubergine, salt beef and salmon sandwiches, followed by warm fruit scones (cream on first and then jam obvs) finished off with desserts which included a Millionaires Shot (basically something naughty with salted caramel in a shot glass). We enjoyed Earl Grey Tea and a glass of cold white wine. 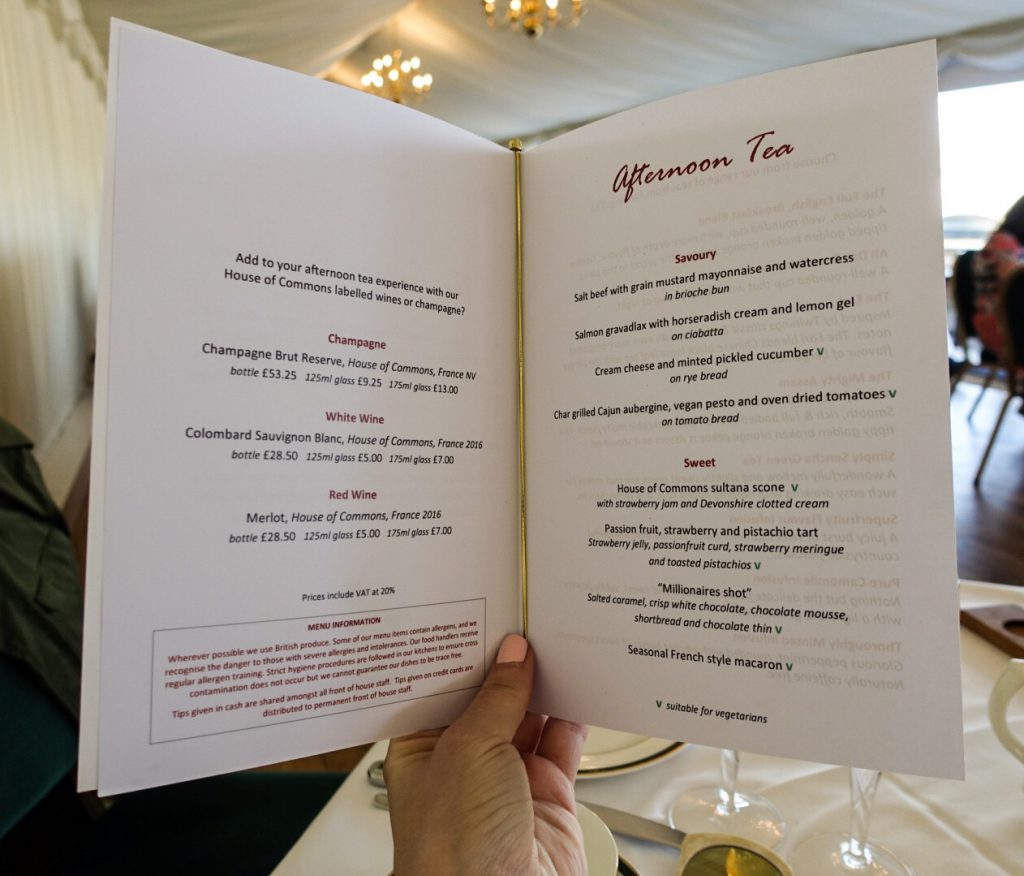 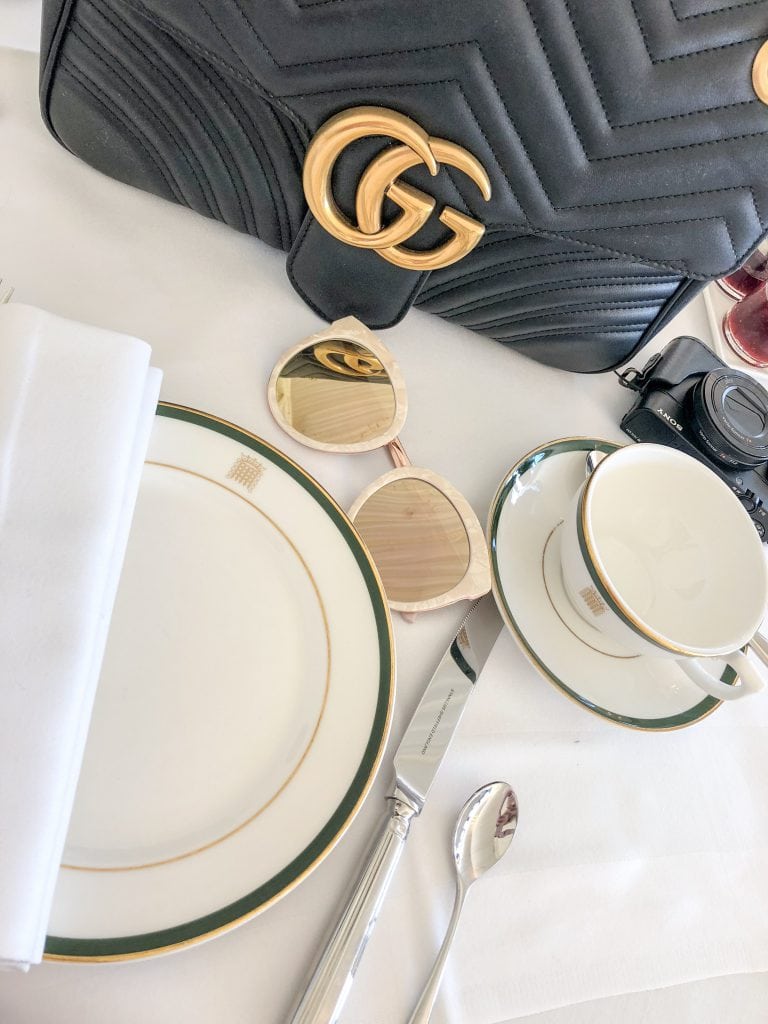 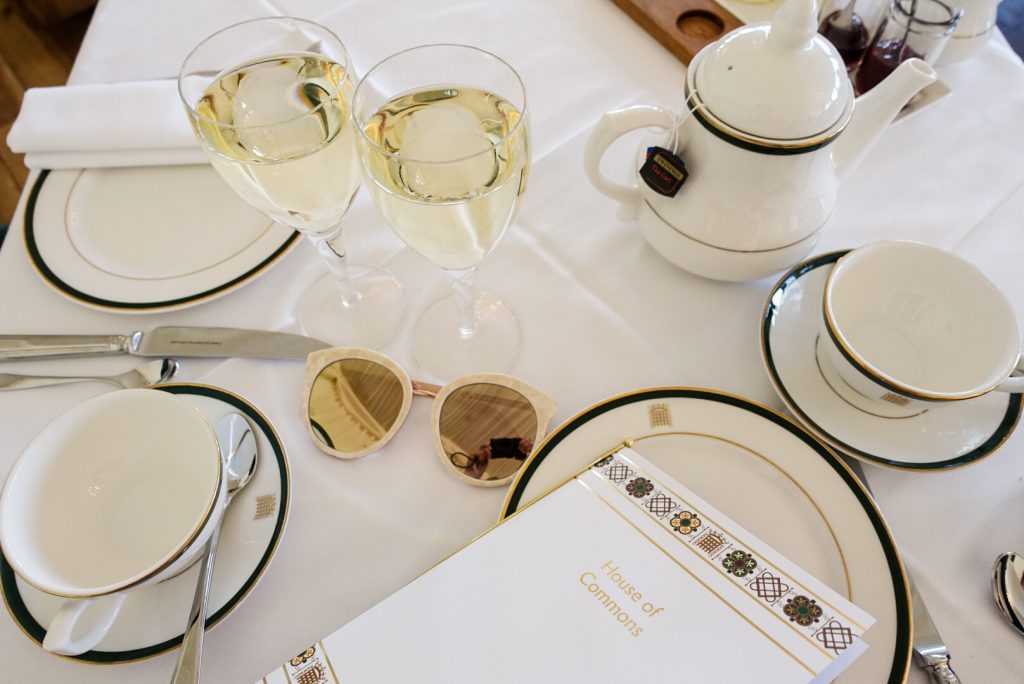 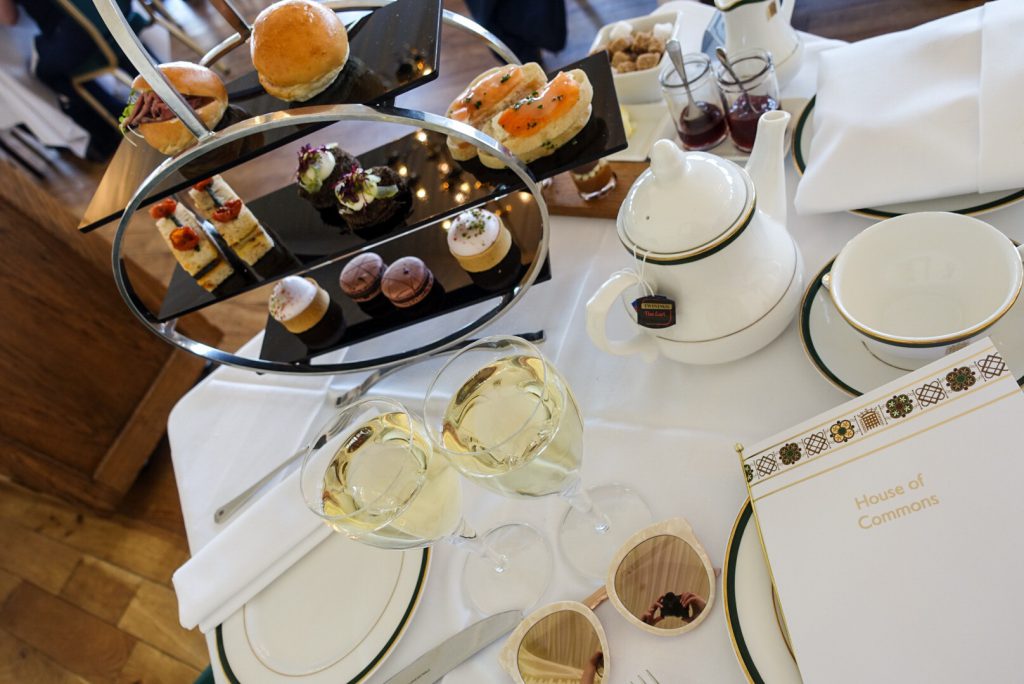 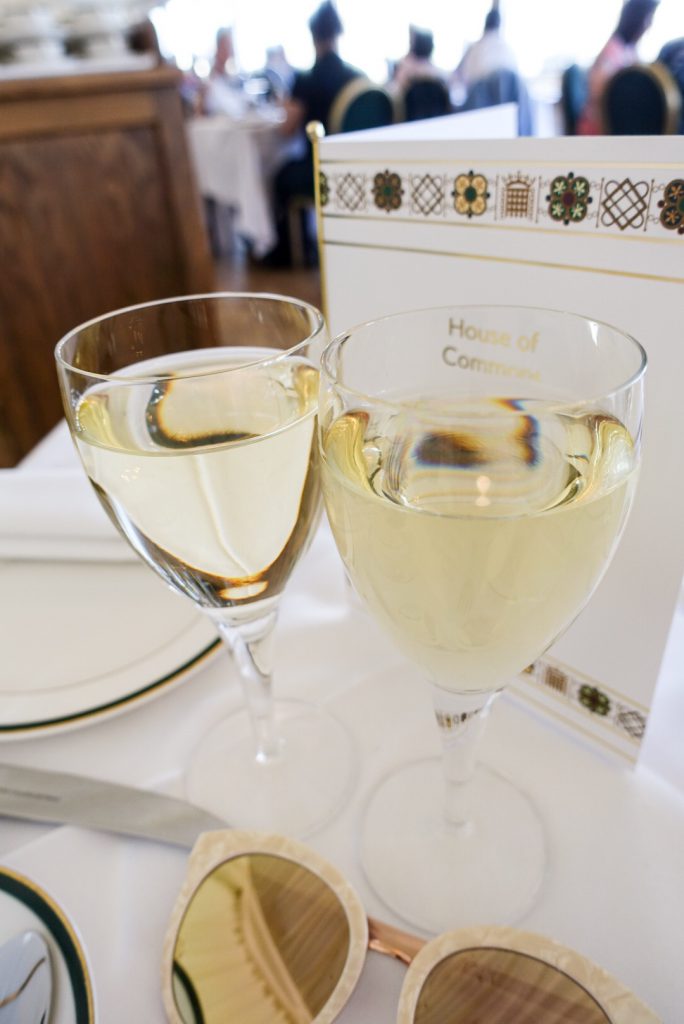 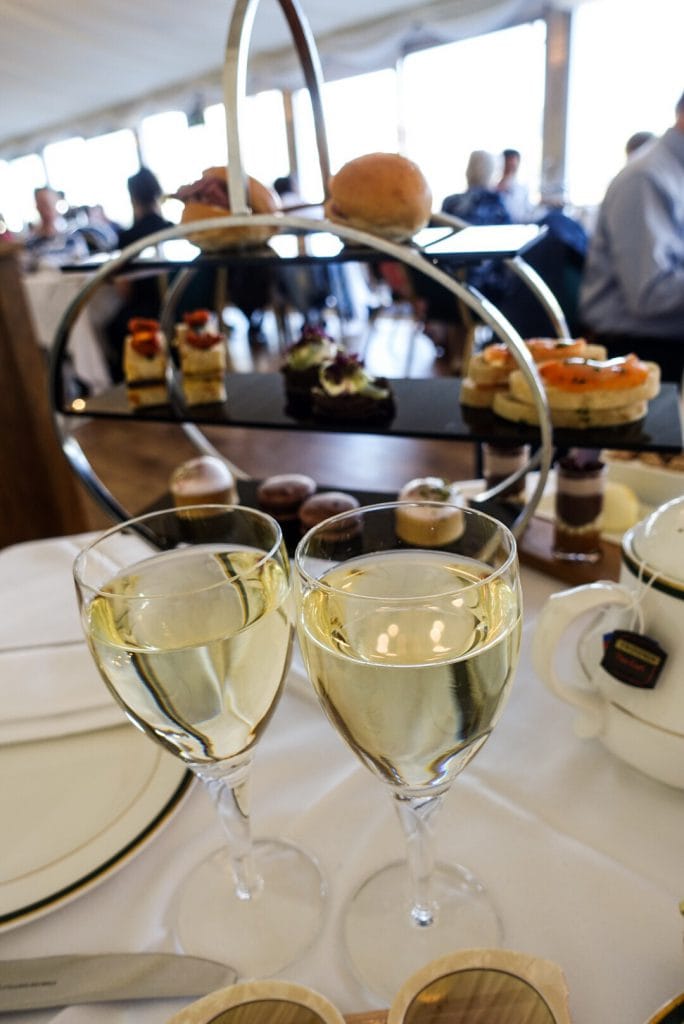 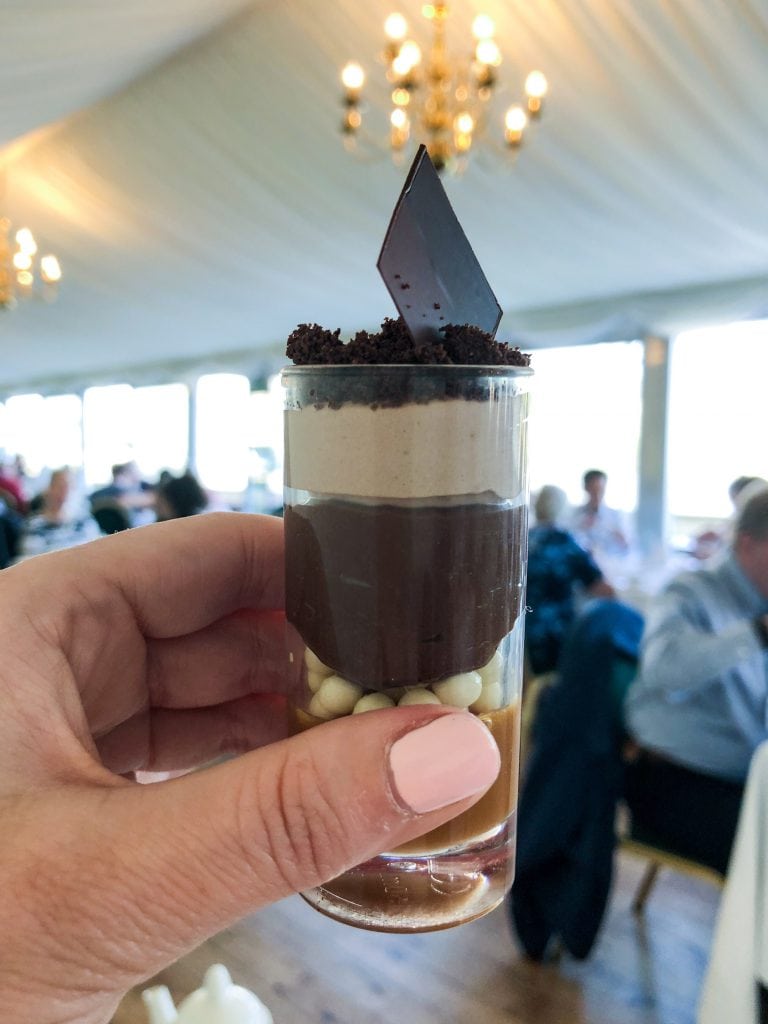 I was invited as a guest by Visit Parliament but my geeky enthusiasm is all real!