Getting Naked With Interview – Kinvara Balfour 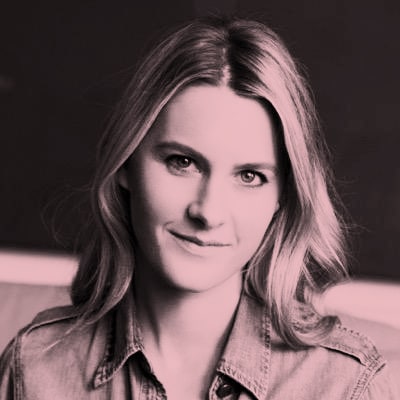 If you have ever seen Kinvara Balfour on stage, you’ll know that she is the epitome of elegance and poise. If you have been paying attention to what she is saying, you’ll know that she is determined, knowledgable and at home in the spotlight. These enviable characteristics are far from surprising, considering her family roots are fimly embedded in fashion and entertainment, however it is her hard working ethic plus a love of a fast moving, modern industry that has captured the interest of the tech world. Kinvara has bridged a complex gap with her Fashion In Conversation series with Apple, interviewing the leading influencers in the industry from Anna Wintour to Tom Ford and Charlotte Tilbury. Having worked at the sharp end of the industry all her life, Kinvara is a woman who has a good feeling where the future of retail is going and passes her knowledge on, speaking at conferences around the world. Confident and self assured, she also knows exactly who she is, and those fabulous outfits she wears on stage, are certainly not a fluke, these are well thought out examples of marketing, creating a perfectly appropriate brand image for the occasion and subject. I met Kinvara when I was helping her select outfits for a photo shoot so I also know she is cool, considered but down to earth (exactly the kind of girl you want to go shopping with)! I’m delighted Kinvara has agreed to be interviewed for Getting Naked With to share her secrets to success and give us an insight into a high fashion world. Kinvara is shortly to be interviewing shoe designer Patrick Cox at the V&A on 7th September followed by British Vogue’s Alexandra Shulman at Apple on Regent Street on 10th September.

NakedPRGirl: Let’s go way back…where are you from and what were you like growing up? Were you a true fashionista from the get-go?

Kinvara Balfour: I grew up with a mother (Tessa) who loves and makes fashion (she made skirts and dresses for me and my sisters from the day we were born), an aunt (Carina) who modelled for Ossie Clarke and Biba and an aunt (Marsha), an actress, who I often observed on stage in period costume. Consequently, I loved fashion from the get-go. When I was a child, I always wanted to customise things I had bought. I usually planned the concept and then my poor mother ended up executing said concept on her sewing machine. Alas, she put her foot down when I started making couture-esque demands and no longer does that for me anymore. 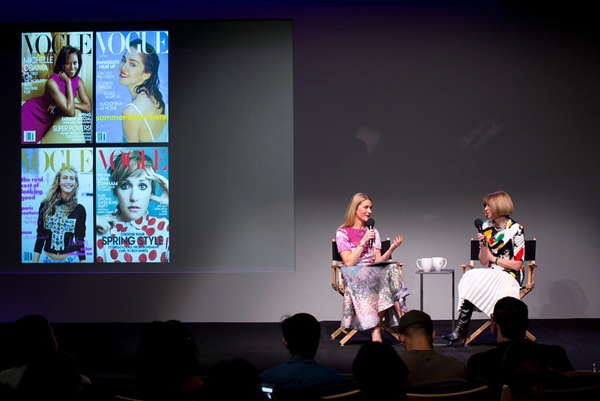 NakedPRGirl: You are the niece of legendary interviewer Sir David Frost, actor Patrick Ryecart who plays Sir Hugh Bodrugan (starring at the moment in Poldark – and set to feature in Series 2) and stage actress Lady Marsha Fitzalan – do you think that you were destined for your career path?

Kinvara Balfour: All three have been hugely influential in my life and have always been there for me when I asked for career advice and creative guidance. Each has had a diverse creative journey and I have observed each with admiration and curiosity. I miss my late uncle David and his unending and notably generous guidance very much.

NakedPRGirl: What did you study to prepare for your career?

Kinvara Balfour: At university I studied English, French & Film, and went on to Central School of Speech & Drama to study Acting. I think the main learning I did was through the work experience I undertook from the age of 16 through to university holidays, first at Norman Hartnell, then Vivienne Westwood, then Tomasz Starzewski – all of whom gave me quite a lot of responsibility, which terrified me at the time but for which I am grateful now. I think work experience is really important for anyone young; companies should go out of their way to host young people on work experience days or weeks, it’s a form of service to the community and, in my opinion, gives young people some much-needed confidence. And I think it helps to give meaning to exams, degrees etc; the more clue one has about what lies ahead, the more motivation and clarity one has. 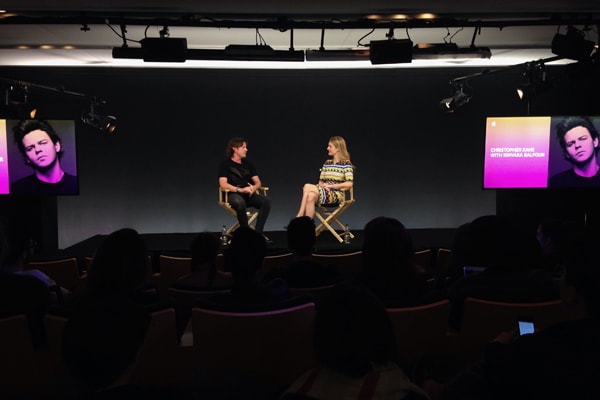 NakedPRGirl: You won Lloyd’s Fashion Challenge when you were 17 and started assisting Vivienne Westwood, was that your big break into fashion?

Kinvara Balfour: I think so. I entered that competition on a whim, having seen a flyer in the Art Complex at school. Whichever art teacher stuck that leaflet on the board is the best and I owe them a lot! Vivienne Westwood was the judge and, after a catwalk show in London where all our designs were made up, she selected me as the overall winner in the UK and I went to work for her and her team for a while and learned much. The whole experience gave me belief in my ability to translate ideas into reality – to have the confidence to create something that I saw in my mind, and turn it into something real and tangible. That’s a great lesson for anyone to learn, and I am glad I was given that opportunity at a young age. 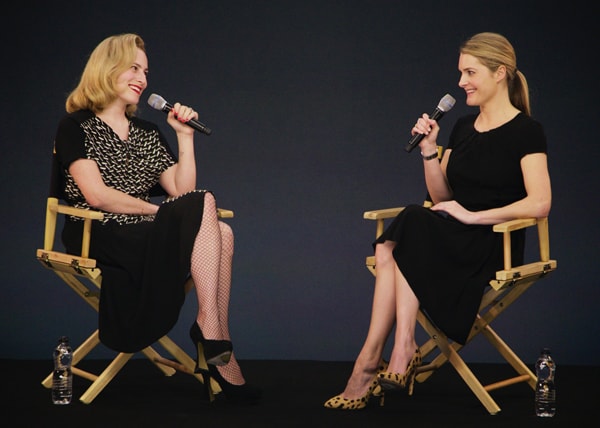 NakedPRGirl: Your ‘Fashion In Conversation’ series for Apple is huge, how did you land one of the most covetable gigs in fashion?

Kinvara Balfour: I am in the process of developing a fashion-based docu-series in USA/UK; the Apple team heard about me, met with me and asked if I would like to host a series of fashion talks for them. We discussed a dream list of global superstars who we though the world (and we) would like to get know more, I approached them and was very excited when they all said yes! It took off from there.

NakedPRGirl: You interviewed Anna Wintour, editor of US Vogue – how did you prepare for it?

Kinvara Balfour: I read lots of copies of VOGUE, made a visit to The Met and had The Fashion Fund (the US TV series she made with Ovation TV) on repeat on my laptop for some days beforehand. As homework goes, it was some of the funnest I’ve had to do. 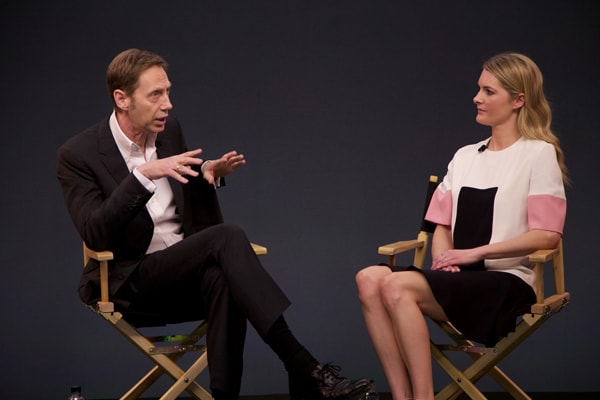 Nick Knight with Kinvara Balfour for Apple’s Fashion In Conversation

NakedPRGirl: When you know you’re going on stage to interview fashion icons such as Tom Ford, Mary Katrantzou and Anya Hindmarch, how do you decide what to wear? Especially knowing that it will be filmed and available to download on iTunes too.

Kinvara Balfour: I always wear an outfit by the specific designer I am interviewing; when my subject doesn’t design clothes per se, I wear something that is associated with them, e.g. Alexander McQueen for Philip Treacy and Nick Knight; Burberry for Angelica Cheung. When I interviewed Anna Wintour, I passionately wanted to wear clothes by a British designer and chose a beautiful, colourful ensemble by Mary Katrantzou as she was the first person to ever say yes to doing my talks, so I felt the outfit was a good luck charm. When I interviewed Scott Schuman, aka The Sartorialist, the next day in NYC, I wore Peter Pilotto for Target as Christopher and Peter are friends and their collection launched that day and it was a great way to celebrate it. Once I have sorted a nice dress to wear, I get my hair done by the team at Josh Wood Atelier. That’s just as important and confidence-giving as the clothes I wear. 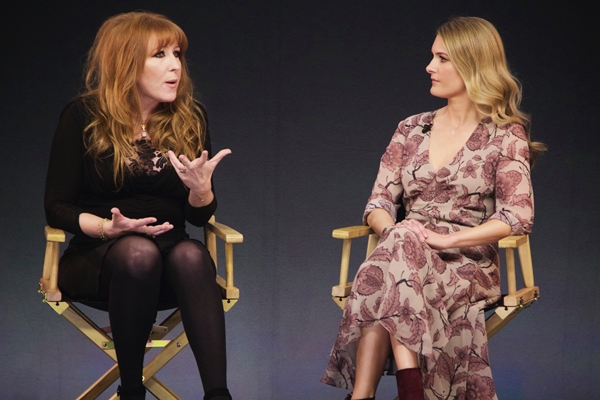 NakedPRGirl: You are often a speaker at big events, does that come naturally to you? What are your top tips for presenting to people.

Kinvara Balfour: I love speaking at conferences and summits because I get to see the world and learn about new cultures, as well as learning from fellow speakers about insider developments in the tech world etc. I always research my subject as thoroughly as I can. If I do that, the format, questions and content all fall naturally into place and the talk is authentic and spontaneous rather than forced. An audience consequently connects to that on an emotional level, as well as an intellectual one.

NakedPRGirl: You assisted at Conde Nast and later as Style Editor at The Telegraph – did you learn key skills there?

Kinvara Balfour: I learnt that good manners and hard work win over all, and that one has to be prepared to live in a small fashion sample cupboard 12 hours a day for at least a year before being allowed out to do anything else but call in ballgown after ballgown, dress after dress, shoe after shoe, and then return them all back to individual designers once they may, or may not, have been used in a shoot. You have to do this without complaining. And never getting to eat lunch. On the smallest salary you can imagine. Whilst also being given 400 other tasks to do. If anyone wants a better idea, watch ‘The Devil Wears Prada’, this is exactly how it is!

NakedPRGirl: You are also a playwright – has writing always been important to you? What are you writing next?

Kinvara Balfour: I have about three unfinished play scripts on the go, all of which I hope to finish one day but am in no rush to do so. I feel they will arrive in the universe when they are mean to. Probably when I am 95, but that’s ok.

NakedPRGirl: Your Twitter feed is full of digital wisdom and also views on politics – it is important to have a definite point of view?

Kinvara Balfour: I Tweet various things, either to let people know about my Apple talks or to support friends or to pay-forward interesting tech news that I read and want to share. But I use Twitter mainly as my own personal newsfeed, to stay informed about tech, fashion and current affairs without having to rifle through 20 different newspapers and magazines. For that, it is genius.

NakedPRGirl: Which is your favourite social media channel?

Kinvara Balfour: Instagram, because it combines images and words and is deeply personal for each and every person who uses it, and it really paints a huge picture about what is going on all over the world.

NakedPRGirl: What advice would you give to others starting out in the industry?

Kinvara Balfour: Work hard, remember your manners and know your place. Ambition is great; arrogance is not. Be prepared to start out at the bottom and know that you have to work your way up. You can’t bypass the initial drudgery; it’s how you learn and how you obtain skills – skills that will set you up for life.