Getting Naked With Interview – Kelly Eastwood The London Chatter 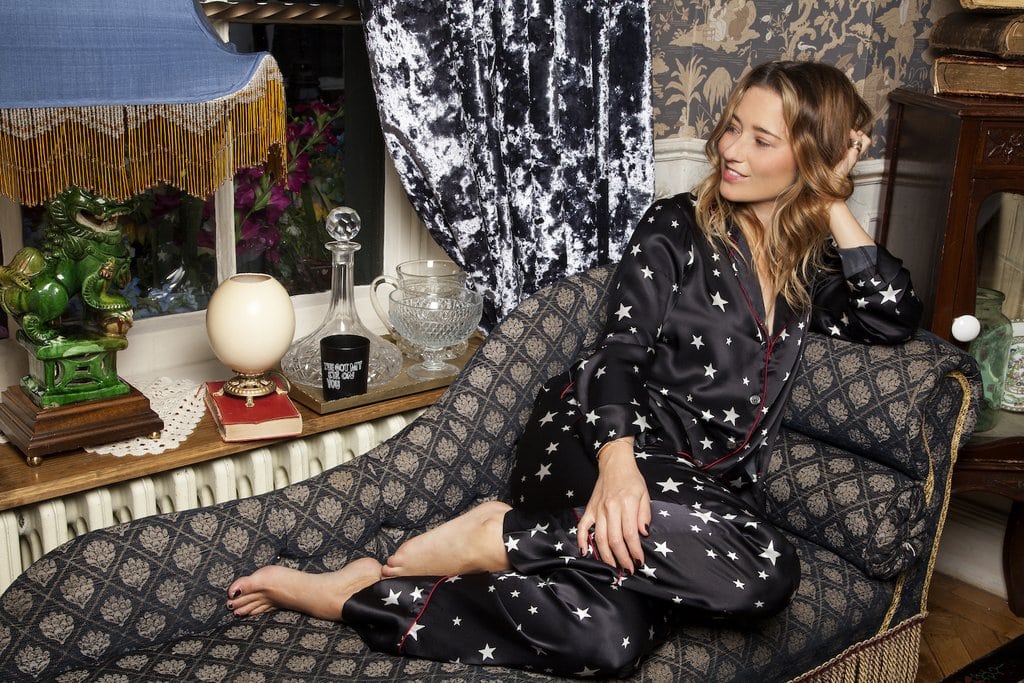 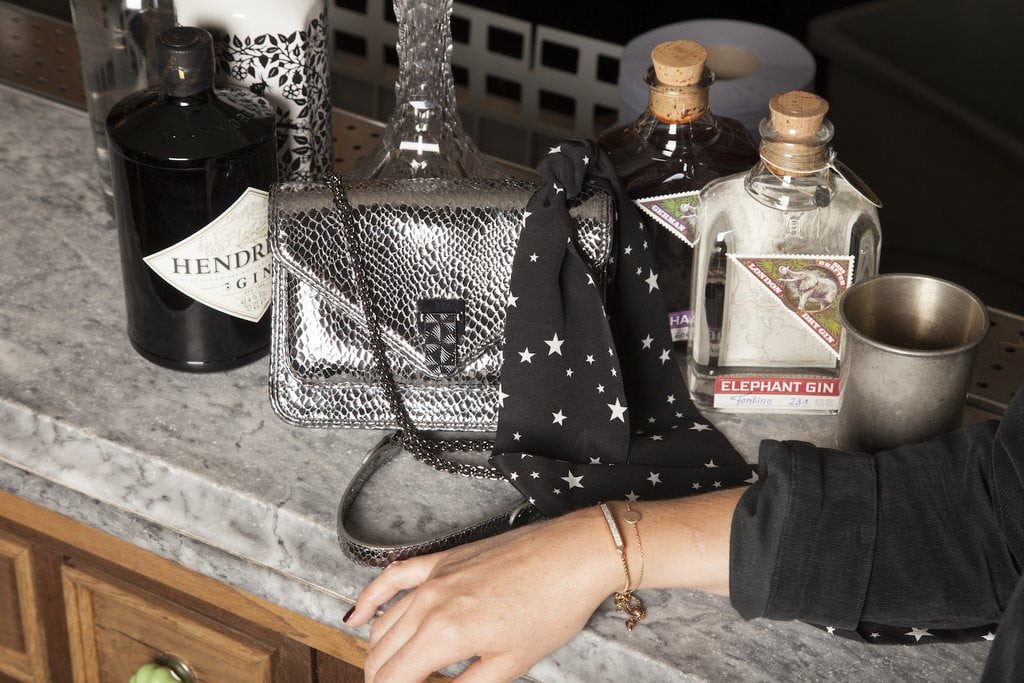 “I like a Hendricks with some cucumber, and any other gin I’ll take with a helluva’lotta lime!”

Meeting Kelly Eastwood, a.k.a ‘The London Chatter,’ at Mr Foggs Gin Parlour for her DONNA IDA Style Insider, you can tell instantly why she has been so successful in creating her blog and business. She oozes humour and charisma which an easy breezy, down to earth nature which makes you instantly warm to her. Kelly’s personality has perfectly translated into digital, with her witty captions, and bright and colourful images gaining her a loyal fan-base with over 100k followers across her social media platforms, and she also has her own monthly style column in Hello! Fashion Monthly. After our DONNA IDA shoot, where Kelly discusses denim and her favourite London hotspots (which you can read about here), we caught up on all things blogging, business and how to take a good photo! 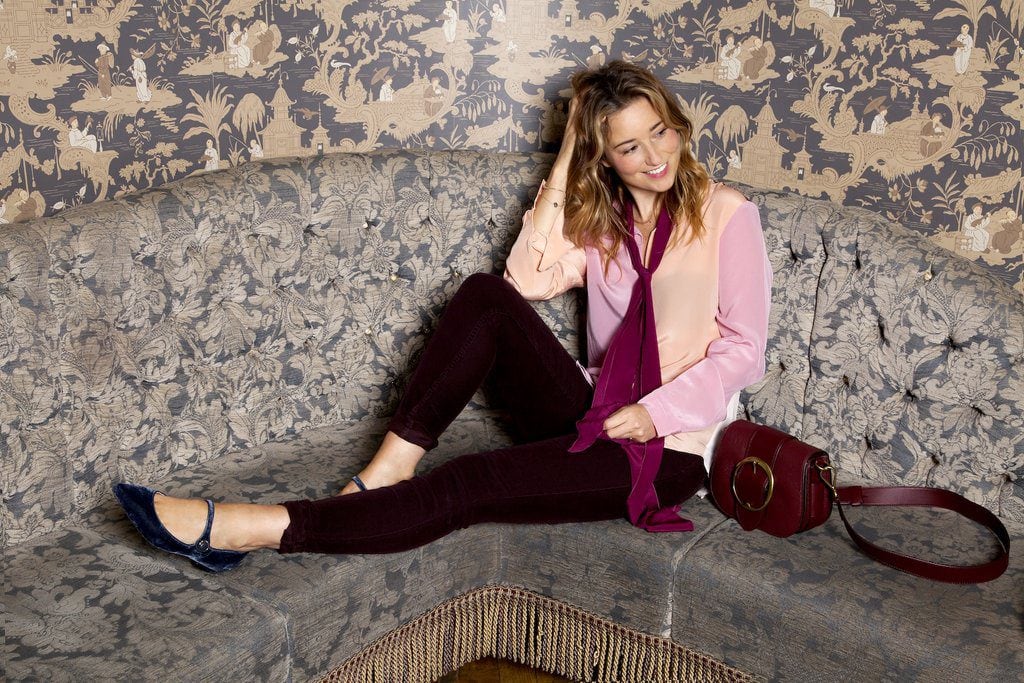 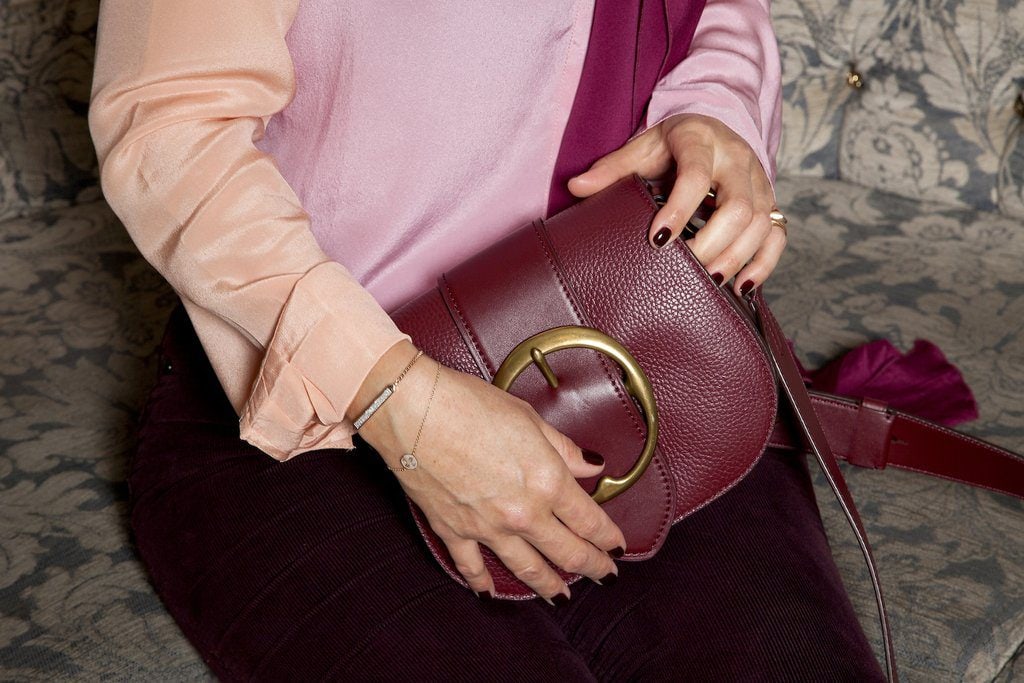 NakedPRGirl: Where are you from & how did you come to be in London?

LC: I’m originally from Kenya, and was raised just outside Nairobi. I attended LAMDA after boarding school, and returned to live in London full time after Edinburgh University. With friends from all the above living in London, and wanting to act full time, it was a natural move to be based here. 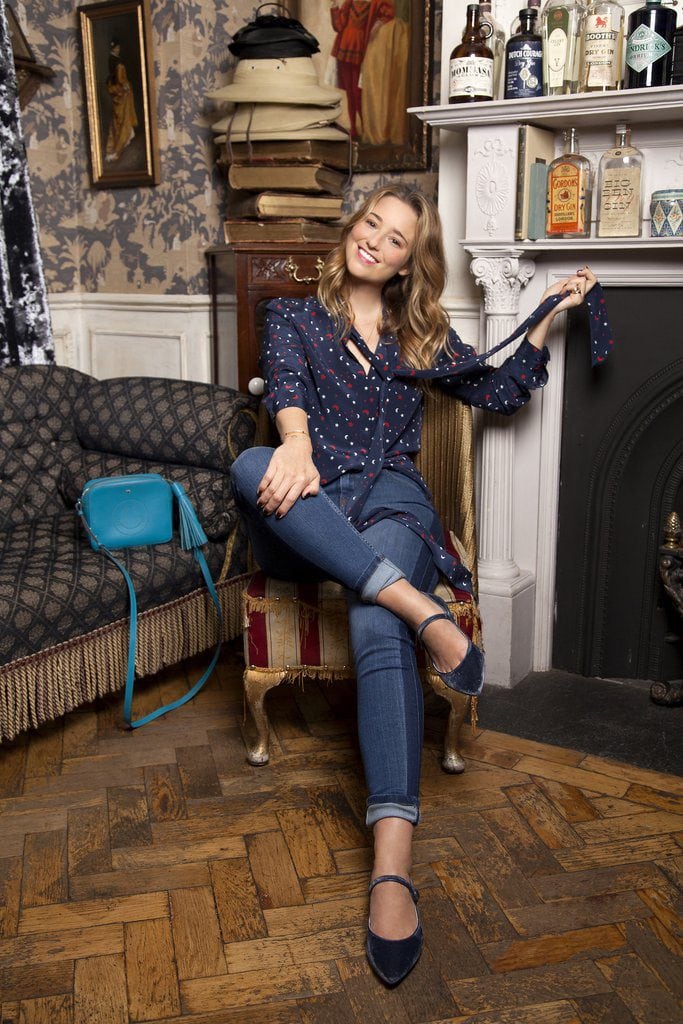 DI: Do you still tread the boards?

Kelly Eastwood: No, although I’m still pretty dramatic! The London Chatter took off and I became so wonderfully busy with my blog that I suddenly couldn’t make the auditions and castings I’d have cut my right arm off to attend a few years before.

DI: How long ago did you start your blog?

Kelly Eastwood: I started over 7 years ago now. I’d been banging on numerous doors for a while before blogging exploded in the U.K., so when brands did realise ourvalue, I luckily popped into a few of their heads. 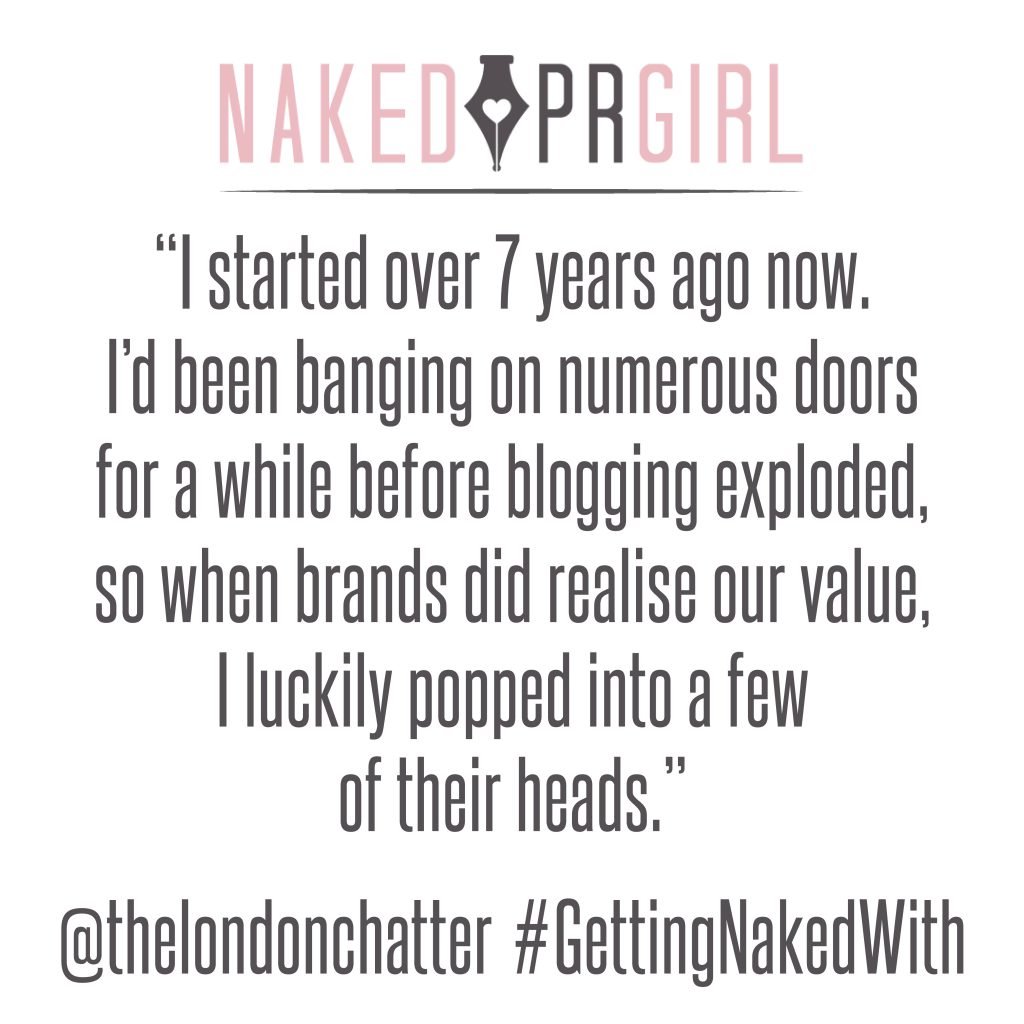 DI: Why did you start blogging?

Kelly Eastwood: I had worked in a boutique in Notting Hill between acting roles, and I soon started to really love fashion, leading me to find extra part time work at various magazines, and in personal styling and shopping. People would ask me where to find certain things and so starting a blog was initially a forum for me to share where I got my clothes from, and what inspired me. 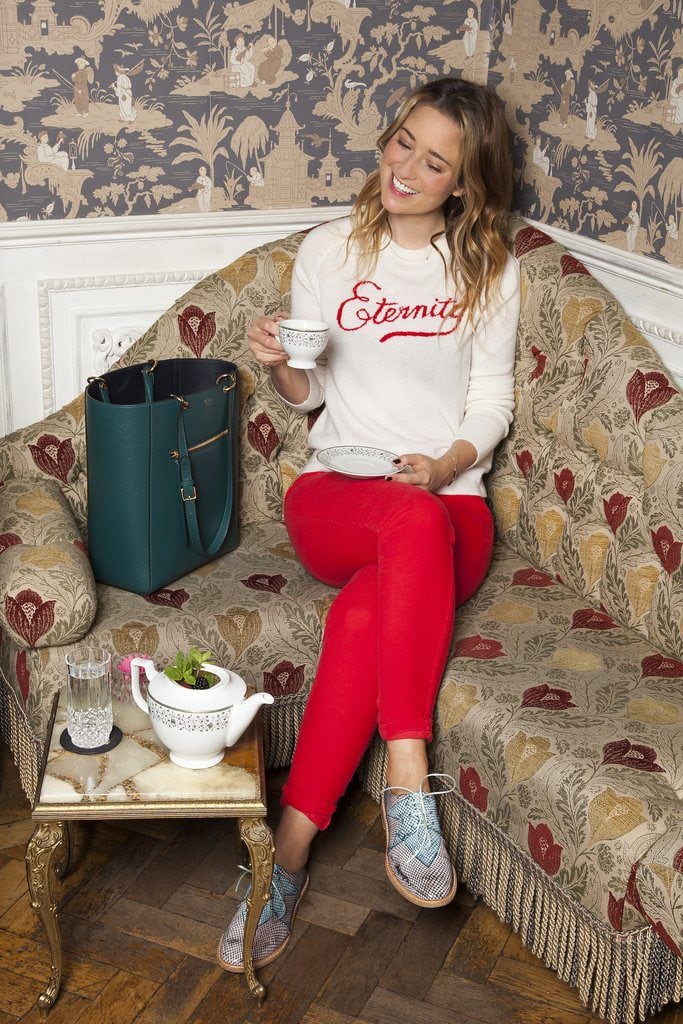 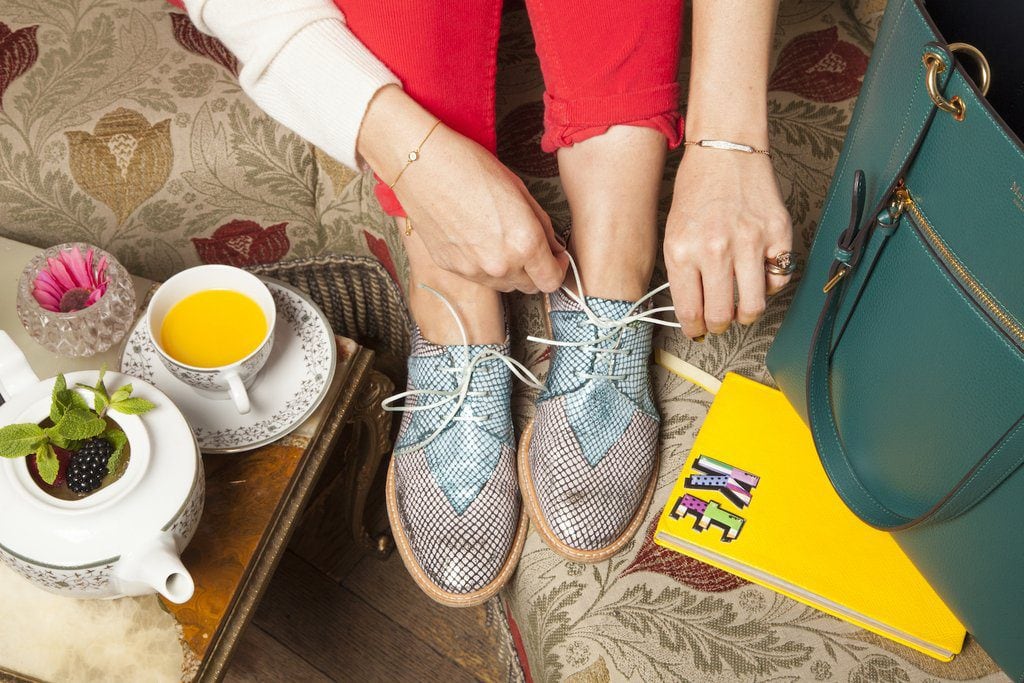 NakedPRGirl: How important has the brand name and London in particular been to your blog?

Kelly Eastwood: I think that The London Chatter really associates me with the city and I’m very lucky, as a consequence, to be one of the first people to hear about the new and exciting things happening around town to share with my followers and readers. People from all over the world get in touch with me about upcoming trips to the UK for recommendations of where to go and where to stay, so I think I’m now seen as a source of all things London, which is funny considering I’m not even from here! 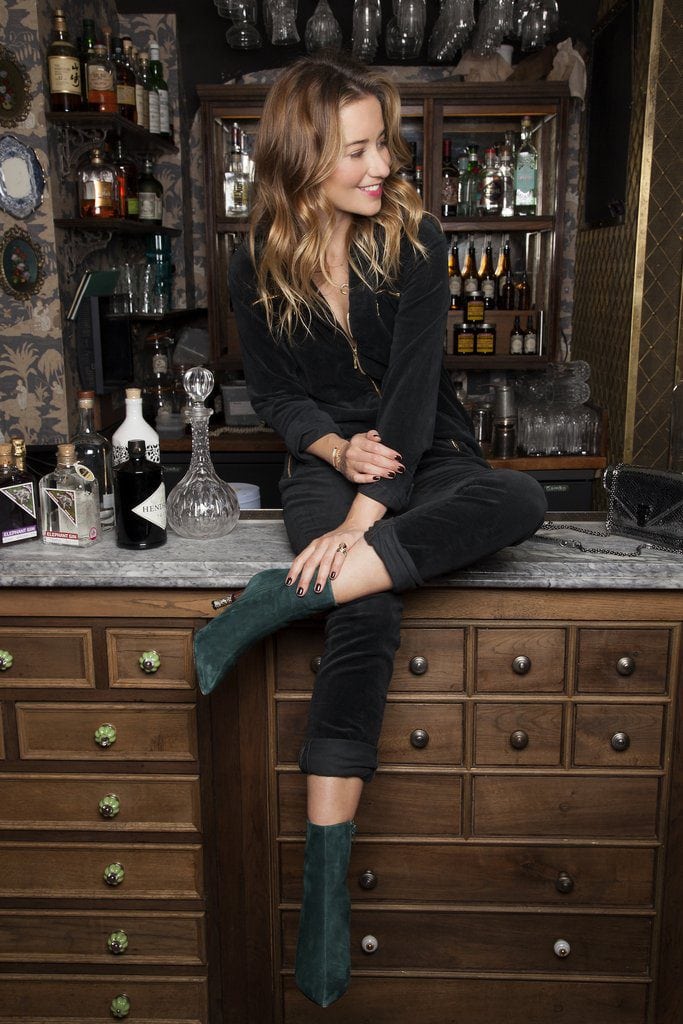 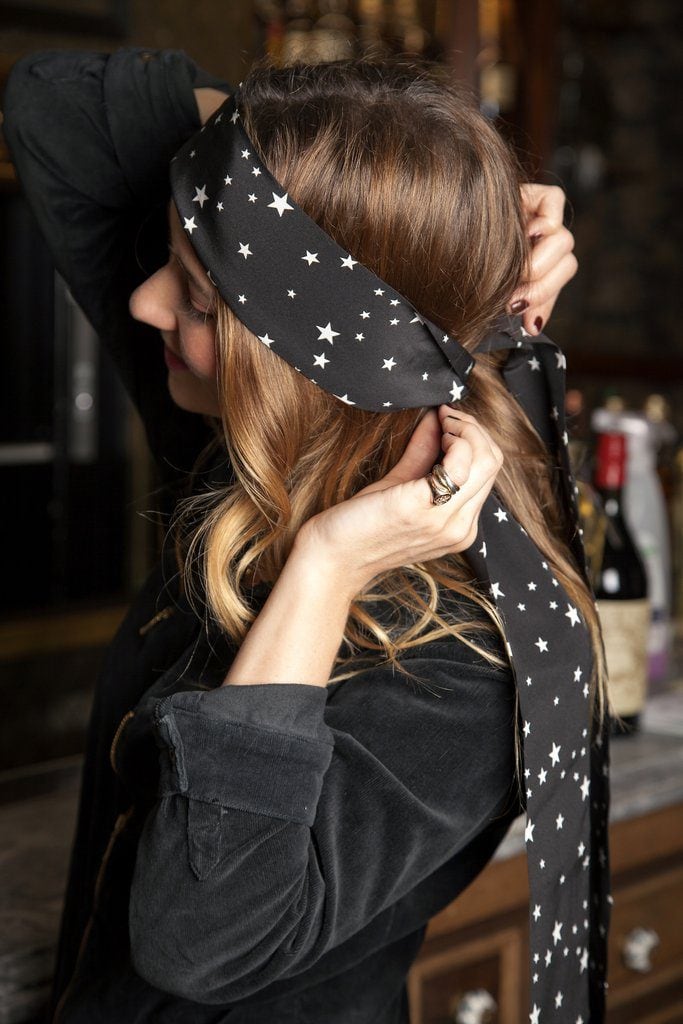 NakedPRGirl: I imagine social media has been hugely important in your business and how you convey your messages. How do you approach social media?

Kelly Eastwood: Social media, and Instagram in particular, has been a real game changer. Instagram is now so popular, with many using it if as a microblog itself, and Instastories has been great, especially for travelling as people can now get a far better sense of where you are. I think Instastories has also humanised a lot of the people you follow, by showing a far less curated and filtered insight into their lives, which I suppose has either been a good thing or a bad thing, content and charisma dependent. 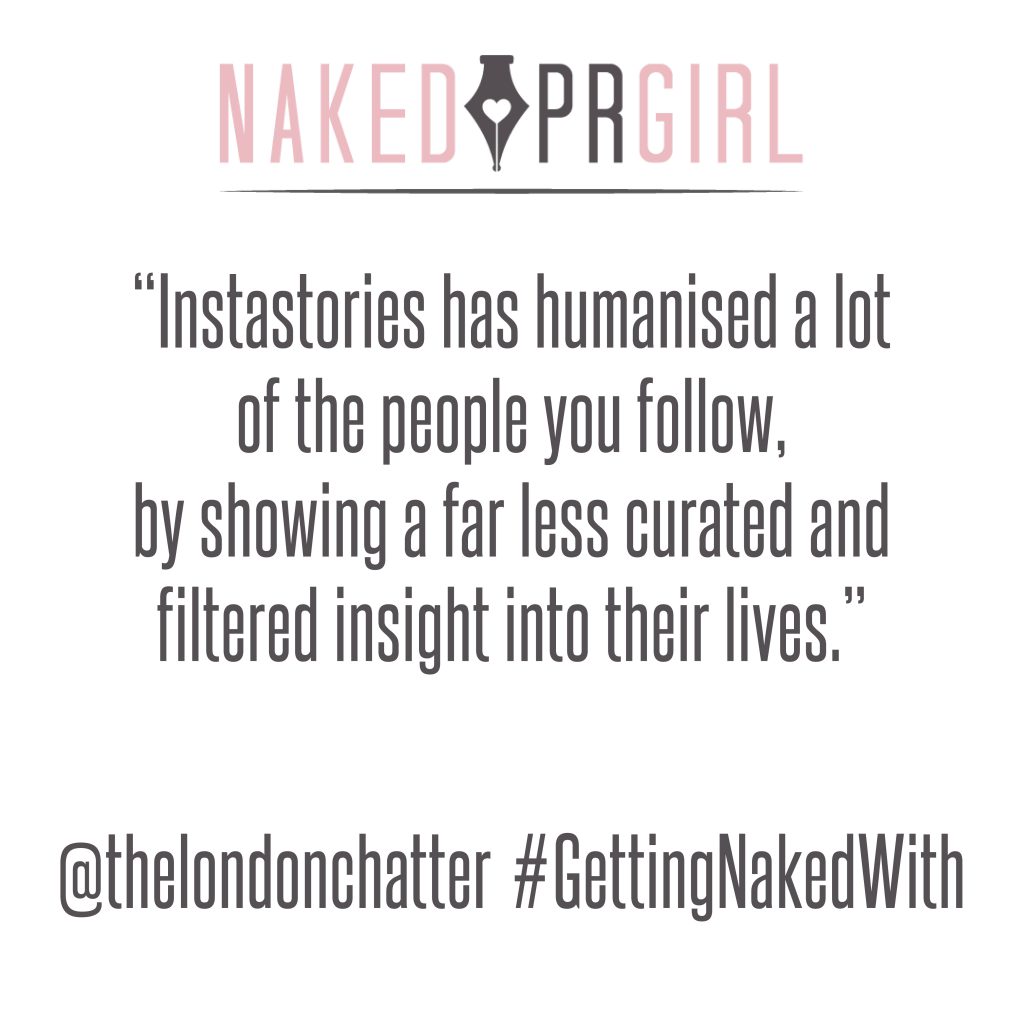 NakedPRGirl: What is your advice for taking a good photo?

Kelly Eastwood: I suspect many would say the lightning, or the angle…In all honesty, in my opinion, it’s about quantity!! Take loads, and the odds are, 1 out of 100 might be OK – It’s quantity over quality in this case!! 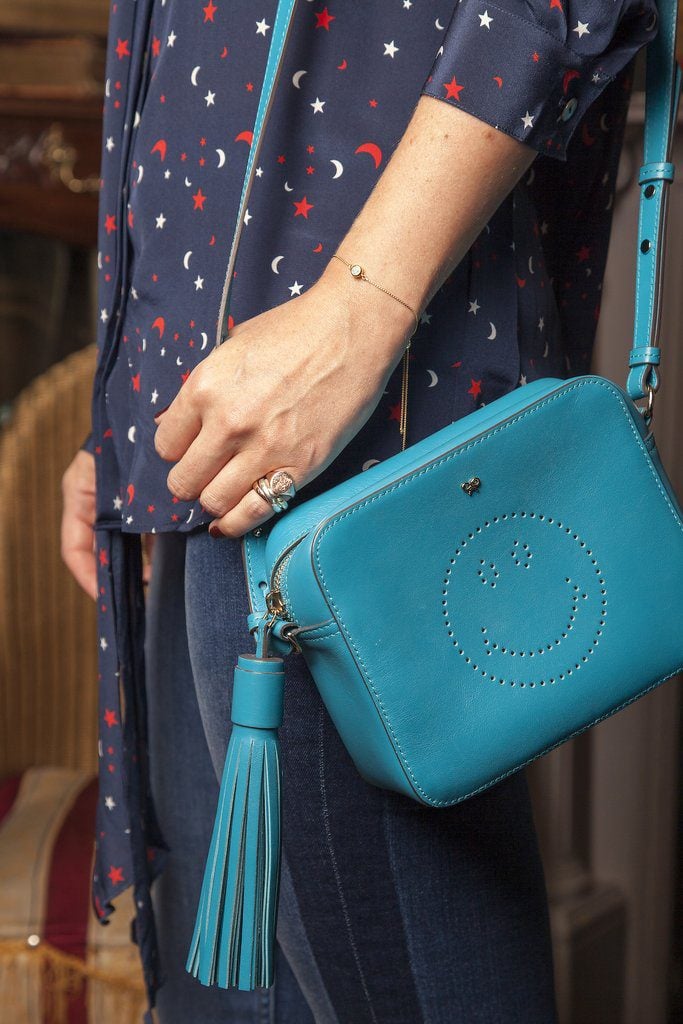 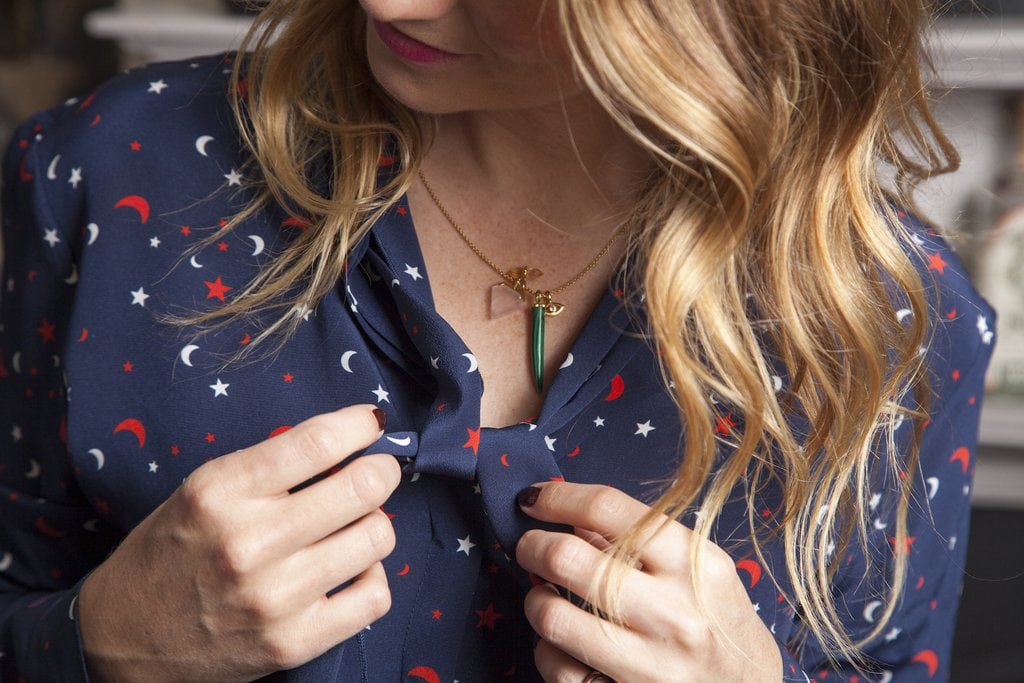 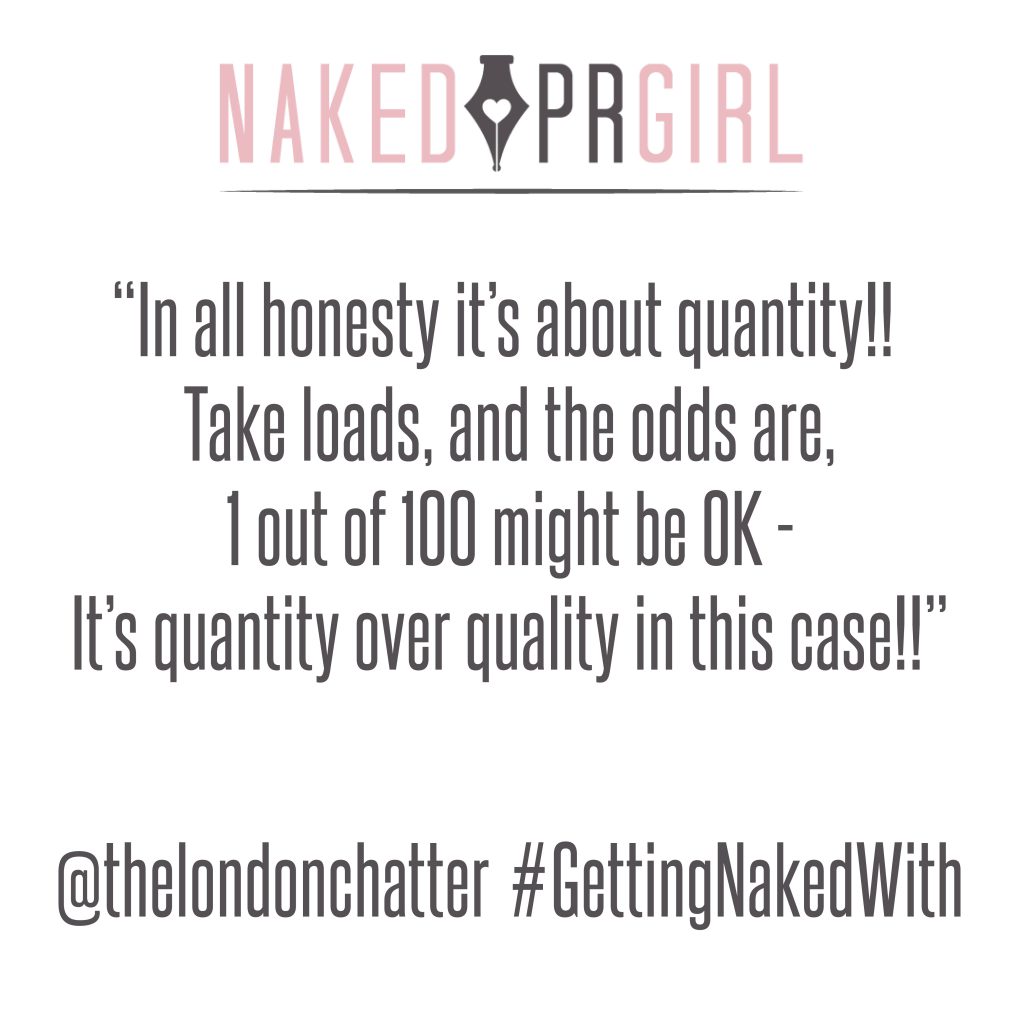 NakedPRGirl: What advice would you give to someone just starting out blogging now?

Kelly Eastwood: Now that there’s money to be made, blogging is really over subscribed, but like any so called ‘glamourous’ industry, there is always room for a new voice or face, if that person has something new and interesting to say, and willing to show commitment to their content. Read the full interview on DONNA IDA’s blog HERE. 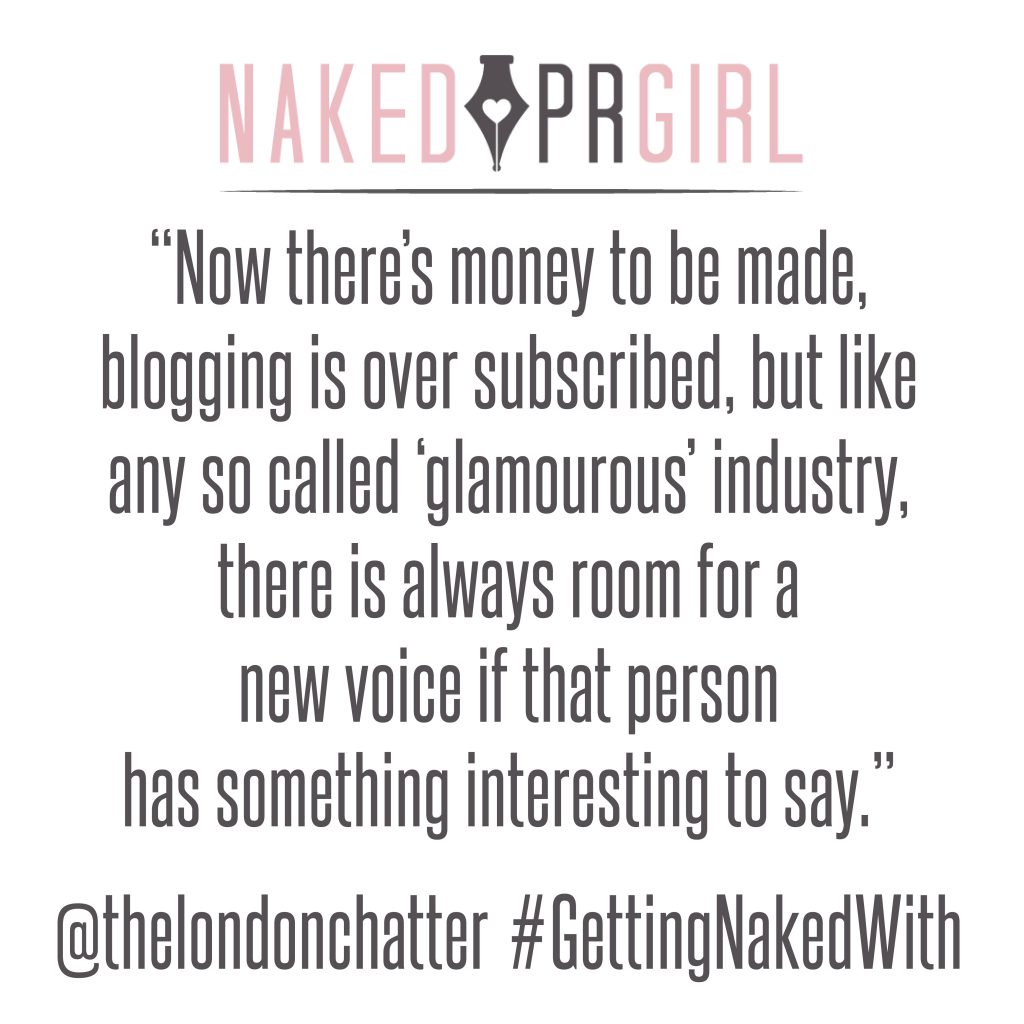 With thanks to Sophie Gass for nails & hair by Secret Spa.