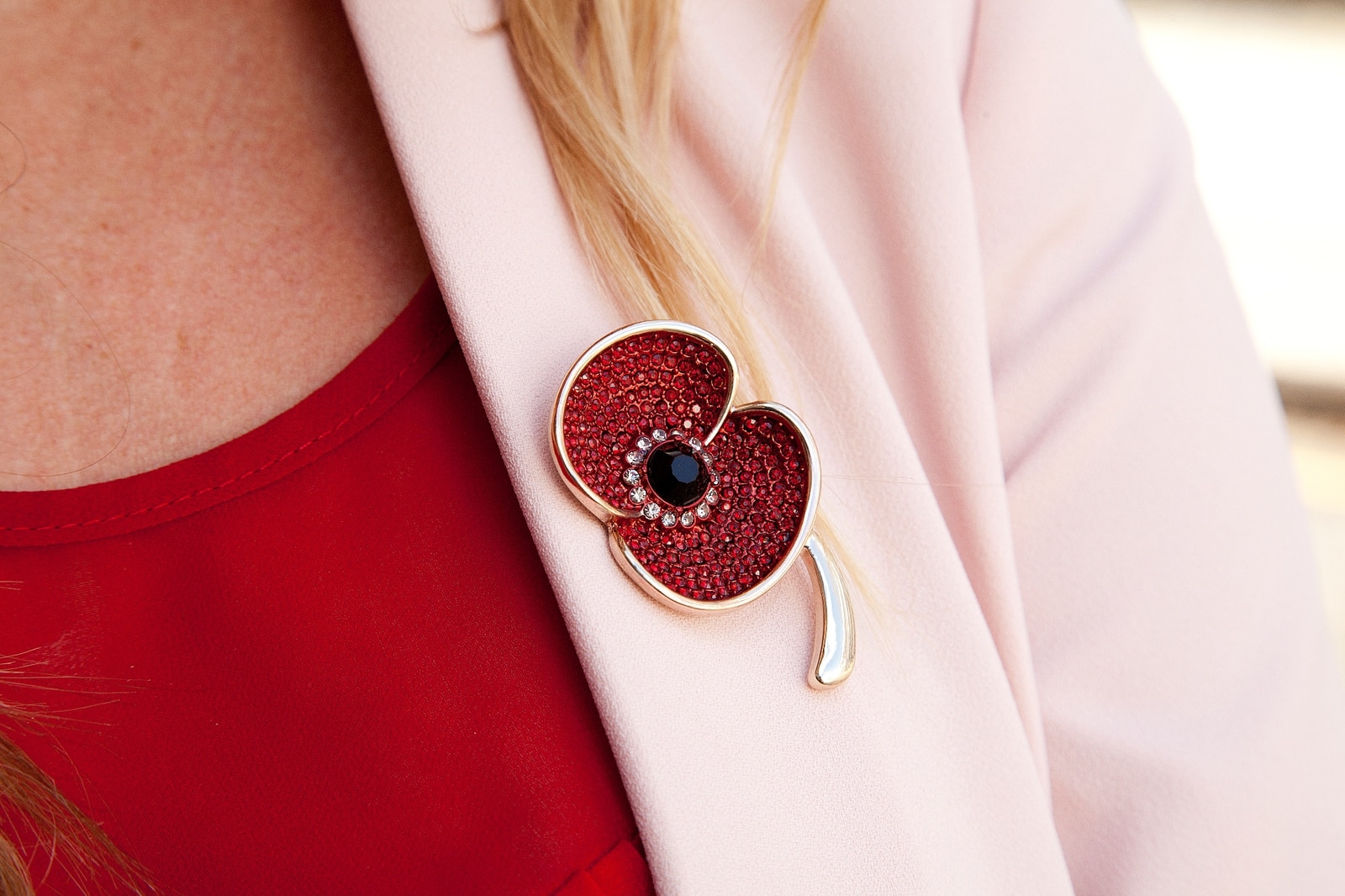 It has been 100 years since the end of the First World War and it is important that we take time out to reflect and remember all of the fallen. It is often a difficult task to market a historical event and I’d like to do my little bit to share the ways you can join in to commemorate this day. You can find local events which you can search via postcode on the Government’s website Armistice 2018 A Nation’s Thank You https://armistice100.org.uk/events/

You can buy the Poppy Brooch pictured via the Royal Legion here. 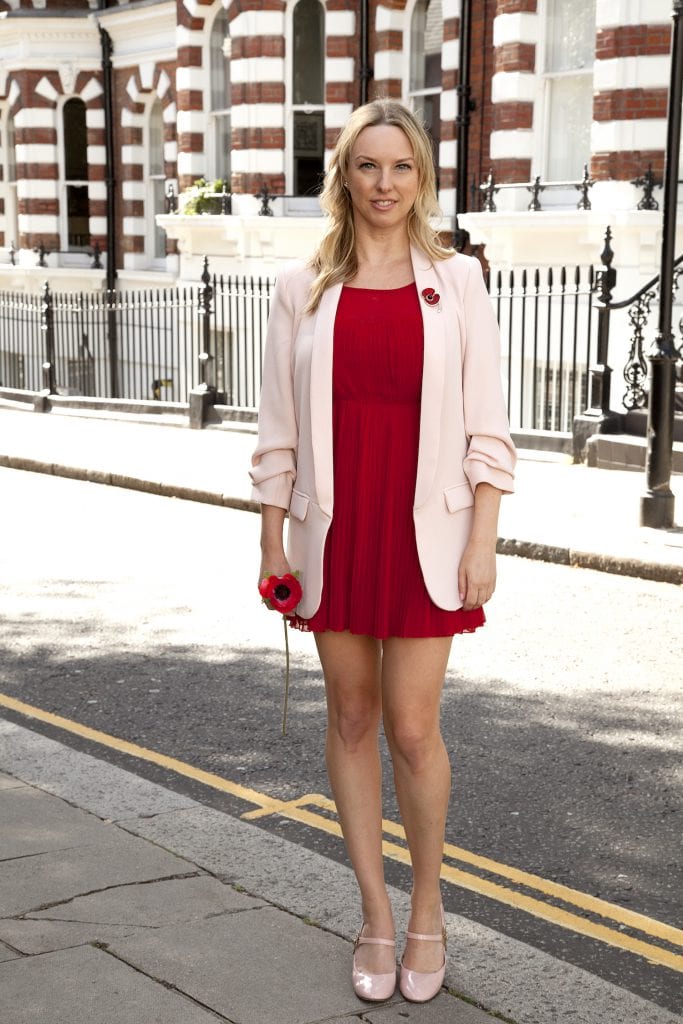 1918 PARLIAMENT: A SNAPSHOT IN TIME EVENING

On 26 October the Houses of Parliament are holding a special Museums at Night evening at the Houses of Parliament to mark 100 years since the end of the First World War. ‘A Snapshot in Time’ enables you to experience a certain day in 1918, 19 November. Eight days after the Armistice, King George V visits Westminster to address both Houses of Parliament. Having served on the Western Front, Winston Churchill is back in government as Minister of Munitions. Take a look here. 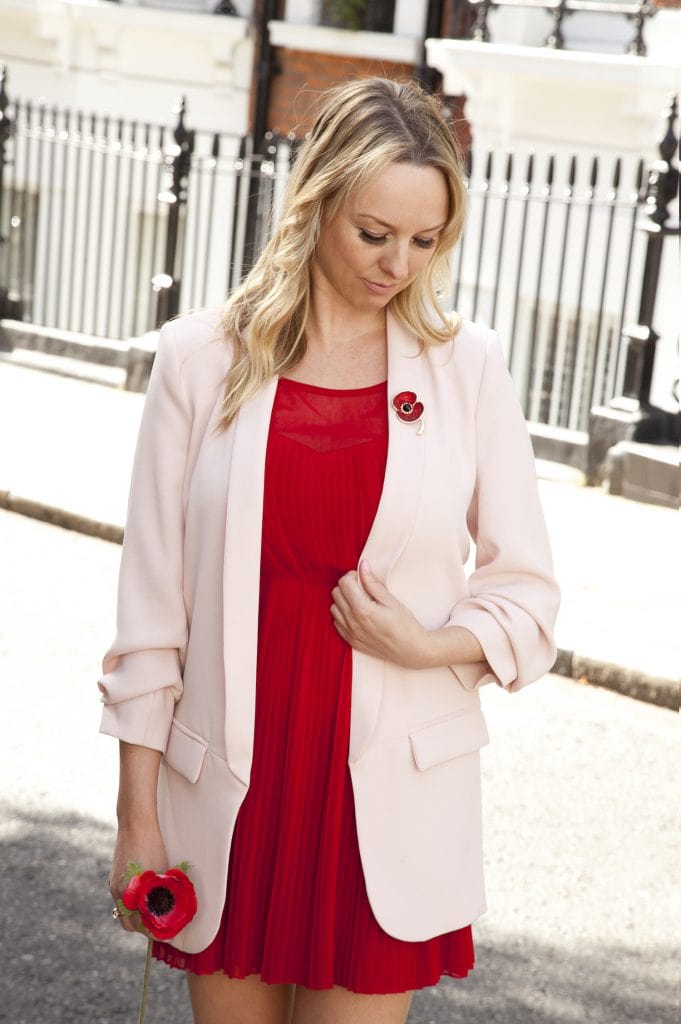 Danny Boyle beach tribute to the Fallen
In a beautiful and poignant gesture, Danny Boyle has now confirmed over 20 beaches which will take part in the Pages of the Sea Project on 11 November.

Faces of the soldiers who made a one-way journey to fight in the First World War will be drawn into the sand on beaches by communities around Britain in a “tremulous thank you. The drawings will be made at low tide and washed away by the waves making this a very visual story.
Read more – https://www.1418now.org.uk
https://twitter.com/1418NOW?lang=en
https://www.instagram.com/1418now/

Get your classes reflecting on World War One with our Remembrance Live Lesson, in partnership with @1418NOW #PagesOfTheSea, on Friday, 9th Nov, 2pm

Let us know if you’ll be joining us by emailing live.lessons@bbc.co.uk#Remembrance pic.twitter.com/5hP8L9Sh6E

Carol Ann Duffy’s poem THE WOUND IN TIME has been released today. Danny Boyle invites you to join us on 11 November to mark 100 years since Armistice & the end of #WW1. #PagesOfTheSea You can read the poem online here: https://t.co/x77i3w2Gw1 pic.twitter.com/Zv7Rmig3N8

War Requiem
Benjamin Britten’s work is performed by 300 musicians and singers from Germany and the UK, including the Royal Liverpool Philharmonic and the NDR Radiophilharmonie, from Hanover. This Anglo-German ensemble will take place on Nov 10 at Liverpool Cathedral.
https://www.liverpoolphil.com/whats-on/britten-war-requiem
https://twitter.com/liverpoolphil
https://www.instagram.com/liverpool_philharmonic/

WW1 COMMEMORATIVE STAMPS
Our National Treasure, Royal Mail have issued a special set of stamps in the last four years with 6 dropping each year to total 30 in the end. They include moving words of poetry and paintings of poppies:

BEYOND THE DEEPENING SHADOW: THE TOWER REMEMBERS
TOWER OF LONDON
I am thrilled to have tickets to The Tower of London to see this stunning The Tower Remembers Beyond the Deepening Shadow installation which opens from 4 November – 11 November 2018. This epic light and sound display at this iconic location will mark the centenary of the end of the First World War. It takes place at the end of each day and tickets are required (although you can see it for free from the walkway above).

#TowerRemembers from up high in the sky ? A helicopter’s view of the 10,000 candles filling the moat of the Tower each night this week to commemorate the centenary of the end of the First World War. . . . . #toweroflondon #remember #remembrance #commemoration #firstworldwar #firstworldwarcentenary #WW1 #WW1centenary #armistice #armistice100 #helicopter #helicopterview #aerial #aerialview #aerialphotography #flame #flames #candle #candles #london

This November, the Tower of London will join the nation in commemorating the centenary of the end of the First World War. #TowerRemembers 4.11.18 – 11.11.18 https://t.co/qD7L1rXL5X pic.twitter.com/tGKcIPZYYb

Journey’s End film screening
What better venue to watch Journey’s End than the National Army Museum in Chelsea, especially when it is followed up with a question and answer session with Guy de Beaujeu, the film’s producer.
https://www.nam.ac.uk/whats-on/journeys-end

ARMISTICE CENTENARY: FAURÉ REQUIEM
WESTMINSTER ABBEY
On 6 November 2018 at Westminster Abbey in London, the Abbey Choir and chamber ensemble CHROMA will perform Fauré’s sublime Requiem and music by Vaughan Williams, Parry and Ireland which was written about the Great War. Admission is £12 – £45
https://www.westminster-abbey.org/abbey-events/choral-and-music/2018/november/armistice-centenary-faure-requiem/
https://twitter.com/wabbey
https://www.instagram.com/westminsterabbeylondon/

ARMISTICE DAY – 100 YEARS ON
On 11 November 2018 Cadogan Hall on Sloane Terrace in London will mark the centenary for the end of the First World War with a special concert. Tickets start at £15 to observe the Royal Choral Society and the London Philharmonic Orchestra in a concert of music and poetry that signifies ‘Remembrance’ for this national day of commemoration.
http://www.cadoganhall.com/event/armistice-day-100-years-on/ 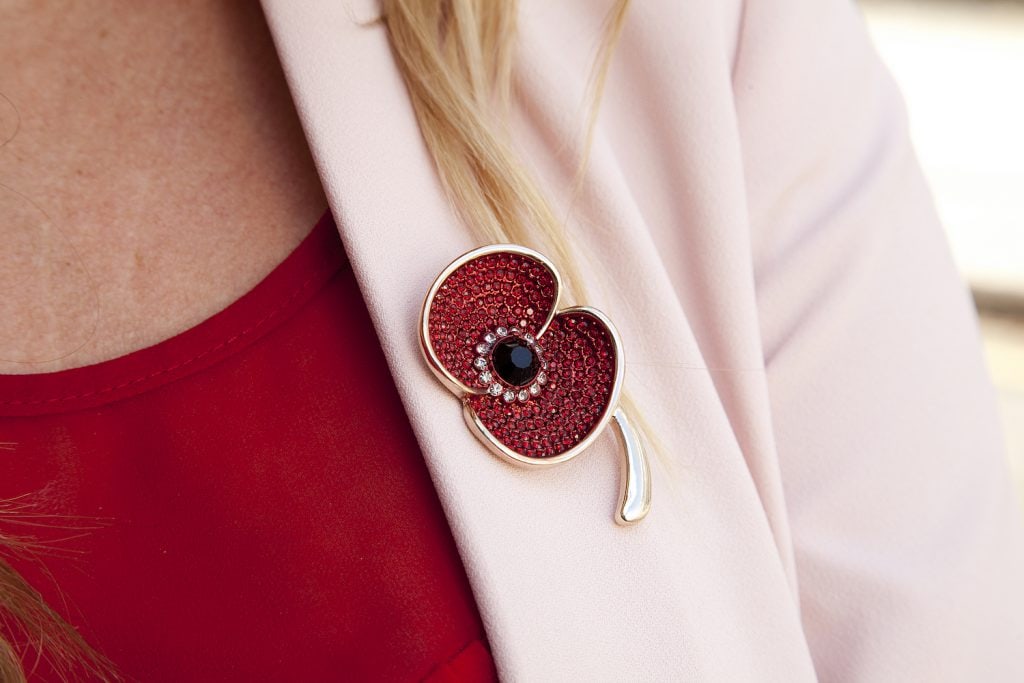 THE WEEPING WINDOW AT IMPERIAL WAR MUSEUM
The most Instagram friendly display has to be the stunning poppy display at the Imperial War Museum. Designed by artist Paul Cummins and designer Tom Piper, ceramic poppies cascade down the building.
https://www.iwm.org.uk/events/poppies-weeping-window
https://www.instagram.com/imperialwarmuseums/?hl=en